What’s The Largest Planet In The Universe? (Synopsis)

"A few centuries ago, the pioneer navigators learnt the size and shape of our Earth, and the layout of the continents. We are now just learning the dimensions and ingredients of our entire cosmos, and can at last make some sense of our cosmic habitat." -Martin Rees

You might think that Jupiter is the largest planet in the Solar System because it’s the most massive, but that’s not quite right. If you kept adding mass to Saturn, it would get larger in size, but if you kept adding mass to Jupiter, it would shrink! For a given set of elements that your planet is made out of, there’s a maximum size it can reach, that’s somewhere in between the mass of Saturn and Jupiter in general. 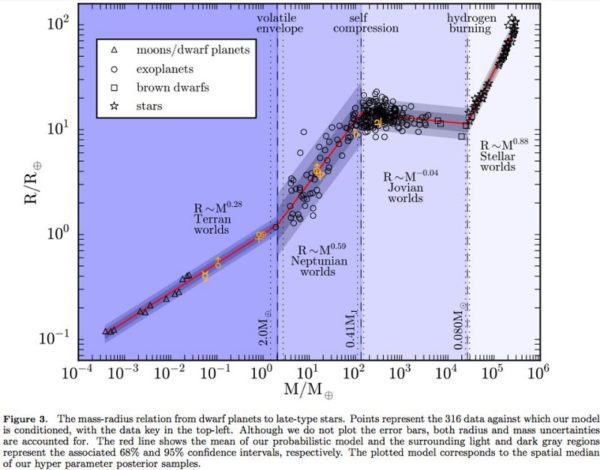 Planetary size peaks at a mass between that of Saturn and Jupiter, with heavier and heavier worlds getting smaller until true nuclear fusion ignites and a star is born. Image credit: Chen and Kipping, 2016, via https://arxiv.org/pdf/1603.08614v2.pdf.

Our Solar System is on the dense side of things, meaning that we’ve discovered a large number of exoplanets out there that are approximately twice the physical size of Jupiter without becoming brown dwarfs or hydrogen-fusing stars. For worlds like WASP-17b, where we’ve measured both the radius and mass, we find that they’re only about half the mass of Jupiter, despite being double the size. 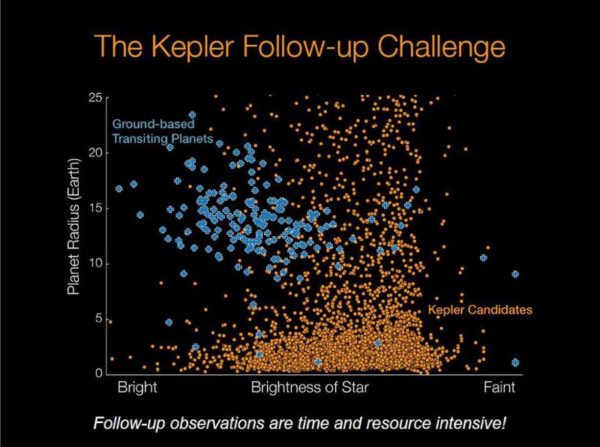 Jupiter may only be about 12 times Earth's diameter, but the largest planets of all are actually less massive than Jupiter, with more massive ones shrinking as more mass is added. Image credit: NASA Ames / W. Stenzel; Princeton University / T. Morton.

Come get the full scientific story, and some very informative and illustrative images with no more than 200 words, on today’s Mostly Mute Monday!

Interesting info on the mass vs. size thing; I had naively thought they would reasonable correlate for all gas giants, but I guess not.

Information on the different planet is describe in EARTHMEASURED