The scientific truth about Planet Nine, so far (Synopsis)

“Finding out that something you have just discovered is considered all but impossible is one of the joys of science.” -Mike Brown

In January of last year, astronomers Konstantin Batygin and Mike Brown shocked the world by proposing that there was a world larger than Earth located some five-to-ten times as distant as Neptune. That this world — known as Planet Nine — was causing the ultra-distant Kuiper belt objects we'd discovered so far to all have predicable, peculiar properties. And the observations matched up really well. 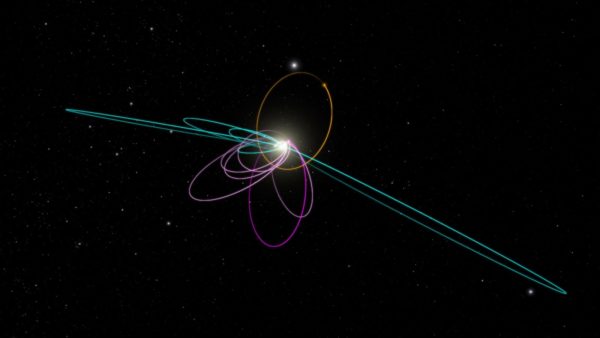 The 3D orbits of the Kuiper belt objects influenced by Planet Nine. As Mike Brown said, 'The distant objects with orbits perpendicular to the solar system were predicted by the Planet Nine hypothesis. And then found 5 minutes later.' Image credit: Mike Brown / http://www.findplanetnine.com/.

But in science, post-dictions aren't enough. You need to make new predictions for objects you can then go out and measure, and see how they line up. In the case of Planet Nine, there are four pieces of indirect evidence that can be measured, and one piece of direct evidence that will settle the issue once and for all: actually locating Planet Nine. 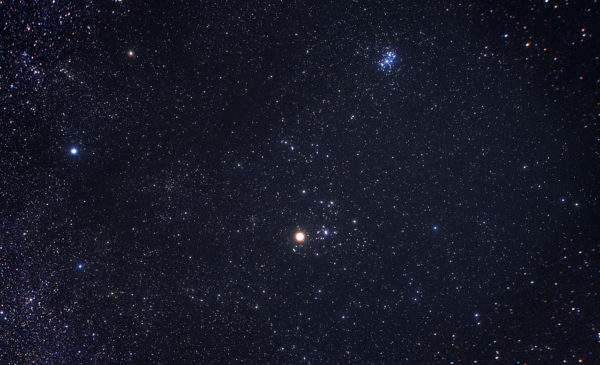 The constellation of Taurus is one of the leading candidate locations for the hypothesized Planet Nine. The bright star Aldebaran and the Hyades star cluster are the most easily identifiable objects to the naked eye in Taurus. Image credit: Akira Fujii.

"Although we were initially quite skeptical that this planet could exist, as we continued to investigate its orbit and what it would mean for the outer solar system, we become increasingly convinced that it is out there." -Konstantin Batygin Last year, scientists Konstantin Batygin and Mike Brown…

Not so fast: why there likely isn't a large planet out beyond Pluto (Synopsis)

“Finding out that something you have just discovered is considered all but impossible is one of the joys of science.” -Mike Brown Earlier today, the team of Pluto-killer Mike Brown and Konstantin Batygin announced that they had found evidence of a ninth planet in our Solar System beyond the orbit…

"There have only been two true planets discovered since ancient times, and this would be a third. It's a pretty substantial chunk of our solar system that's still out there to be found, which is pretty exciting." -Mike Brown, on the possibility of Planet Nine When most people think of the Kuiper…

Do You Know Your Nearest Star Cluster?

"If it were worth the while to settle in those parts near to the Pleiades or the Hyades, to Aldebaran or Altair, then I was really there, or at an equal remoteness from the life which I had left behind, dwindled and twinkling with as fine a ray to my nearest neighbor, and to be seen only in…

Great Article!
...just had a question: From my understanding, telescopes in general can only see what the human eye can see. Plus, the Earth's atmosphere negatively impacts viewing through telescopes (i.e., the main motivation to putting the Hubble in space). Is it possible that next generation optics will be able to provide a better view of that area of space, and thus provide more context to the evidence (or lack there of) of the existence of Planet Nine?

Information on the different planet is there on EARTHMEASURED