"Although we were initially quite skeptical that this planet could exist, as we continued to investigate its orbit and what it would mean for the outer solar system, we become increasingly convinced that it is out there." -Konstantin Batygin

Last year, scientists Konstantin Batygin and Mike Brown made a huge splash when they announced that the Solar System likely contained a super-Earth-sized object beyond the orbit of Neptune. They dubbed the world ‘Planet Nine,’ and claimed that it was responsible for the orbits of the longest-period Trans-Neptunian Objects ever discovered. The fact that the orbits were clustered in both ecliptic latitude and longitude cried out for an explanation, and Planet Nine fit. 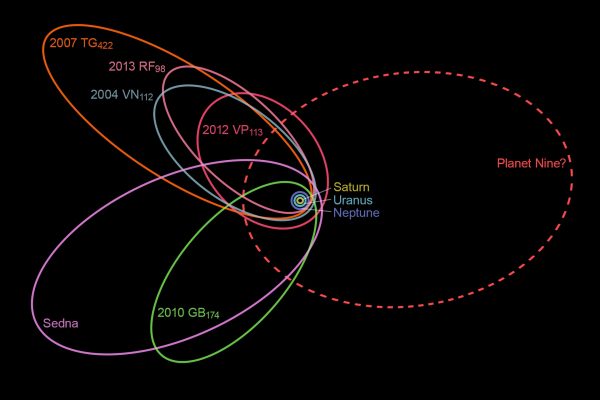 The unusually closely spaced orbits of six of the most distant objects in the Kuiper Belt, as originally identified in 2016, may indicate the existence of a ninth planet whose gravity affects these movements. Image credit: Wikimedia user nagualdesign via Caltech.

But an additional world isn’t the only plausible cause of the clustering of these distant objects; another possibility is that the hitherto discovered objects were biased in some way. If you’re only searching for objects in the locations that would show you these correlations, then you’re going to find the correlations. The solution? To do a survey capable of distinguishing between whether the effect is solely due to bias, or the existence of Planet Nine. 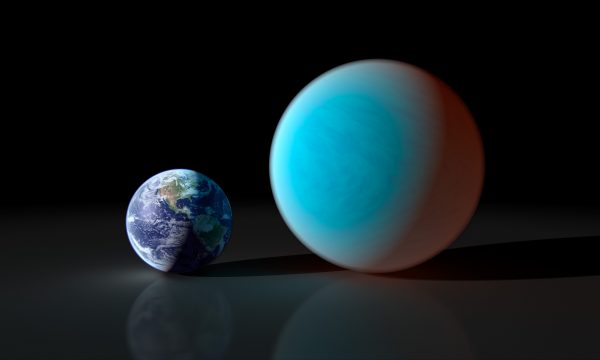 In theory, Planet Nine would likely be similar to the exoplanet 55 Cancri e, which is approximately twice the Earth's radius, but eight times the Earth's mass. This new study, however, disfavors the existence of such a world in our outer Solar System entirely. Image credit: NASA/JPL-Caltech/R. Hurt (SSC).

The first comprehensive, four-year results from OSSOS are now in, and with eight candidate TNOs with the right properties, they don’t see any signature for Planet Nine. Looks like the evidence has gone up in smoke!

The falsifiability of the Planet Nine theory made it Science. The observations made it unlikely. Sic transit gloria mundi novem.