Isaac Newton vs. Las Vegas: How Physicists Used Science To Beat The Odds At Roulette (Synopsis)

"I don't always bet the same way I talk. Good advice is one thing, but smart gambling is quite another." -Hunter S. Thompson

Did you know the world’s first wearable computer was built all the way back in the 1960s, was worn on your feet... and was used to help gamblers cheat at roulette? Physicists and mathematicians work with probability and predicting the behavior of a given system a lot, and when you combine that with the science of simple motion (as on a roulette wheel), the possibility of ‘beating the odds’ suddenly becomes real. 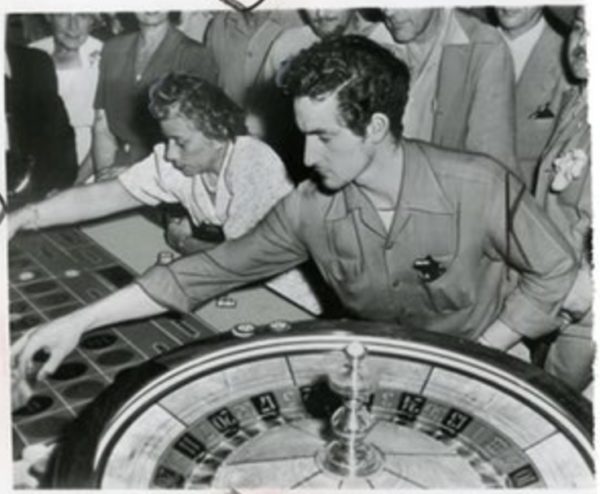 Al Hibbs won an estimated $12,000 from the casinos in Nevada during his 1947 excursion there. He later appeared on 'You Bet Your Life.' Image credit: Archive photo from ranker.com.

Security measures that seem commonplace today in casinos, such as roulette wheels with no observable defects, a ban on computers and ‘table talk,’ and the inability to place late bets, all came about because of how scientist/gamblers have successfully beaten the house in the past. 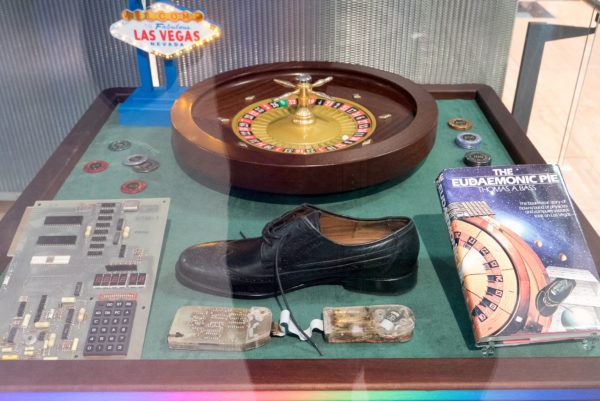 The infamous 'shoe computer' used to beat the casino by the Eudaemon group. Photo of The Eudaemonic Pie display at the Heinz Nixdorf Museum. Image credit: Hydro.tiger / Wikimedia Commons.

From the 1940s up to the modern day, come hear the story of how simple physics helped defeat the casinos, and how the saga, for a few people, is still ongoing today!

I think I still have a couple of them in my parts drawers; brand new still. What fun days those were.

@Sinisa #1: How about a hardware version?

(there's a link in the article to last year's version).

that's one sleek looking board. :)