The World Is Wasting Our Irreplaceable Helium, And Nobody Cares (Synopsis)

When you think of helium, you very likely think of balloons, birthday parties, and blimps. But this inert, lighter-than-air gas has a number of unique properties among all the elements, including that it’s liquid at very low temperatures and it enters a superfluid state. It’s scientific applications include particle accelerators, MRI machines, and anything else that requires ultra-strong electromagnets. 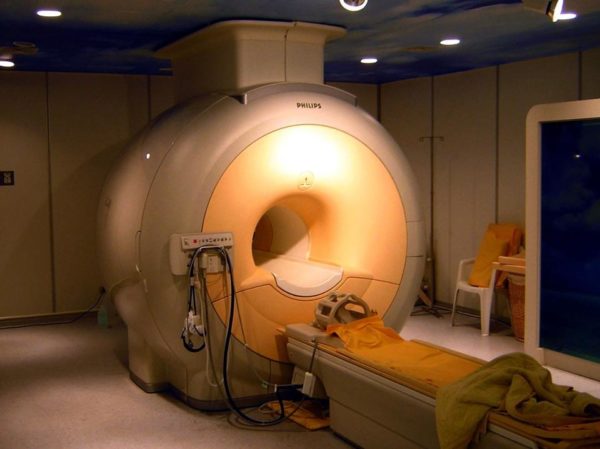 A modern high field clinical MRI scanner, which achieves magnetic fields of 3 Tesla. Those field strengths can only be achieved with superconducting magnets, which necessitate the use of liquid helium. MRI machines are the largest medical or scientific use of helium today. Image credit: Wikimedia Commons user KasugaHuang.

Yet helium is becoming harder and harder to find, because the way we obtain it is by extracting it from underground reserves. These natural reserves take hundreds of millions of years to form, and once we expel this gas into the atmosphere, almost all of it escapes into interplanetary space. If we don’t start conserving it, we’ll lose it forever. 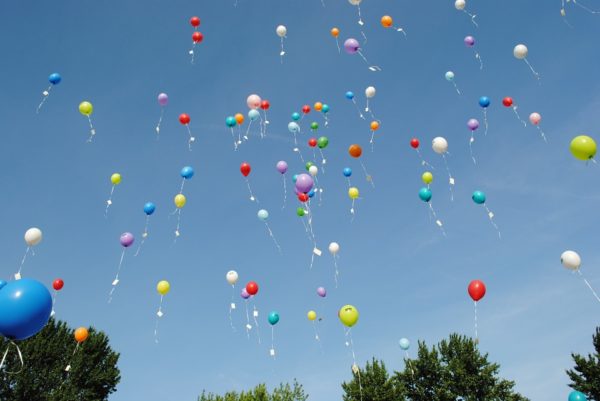 Helium balloons, where the vast majority of the helium inside will escape the Earth. Image credit: HilkeFromm / Pixabay.

The world is absolutely wasting our helium on frivolous applications, and if we don’t do something about it, we’ll have a medical and scientific shortage. It’s time to act.

SO.... the US has a helium rich gas field located in Kansas, Oklahoma, and Texas! And helium is a gas critical for our current state of technology! Boy, universe! Could you have placed it in a spot more antithetical to science, conservation, or rational regulation of resources? How about, further, locating the field in a country that worships the sort of “entrepreneurship” that involves selling precious national resources for momentary transient pleasures, like “Happy Birthday” balloons that you release into the air so you can watch them float off , out of sight, to the ocean plastic waste field , where, unseen by you, they can be ingested by ocean life , which subsequently dies a slow and difficult death! Happy birthday, Earth Monkeys!

BTW, Good luck regulating all the helium balloon businesses in the US! The religious / economic / survival of the Murkan bidness ( American Business ) impulse shall not be trifled with! Amen!!!

We are in an unstable period of our human development. As evidence, please note that the violent conservative American who just won the congressional special election in Montana believes in creationism! We live in a world where it is possible to be a billionaire wizz in computer “science”, and a complete moron in actual science. The spottiness of modern education is appalling.

So........ Hello........ Academia? Stevens?? WTF! How the eff did you let this sort of thing happen? Here is a man with a deficit in his education that you could drive a truck through, who has become a “successful” billionaire and politician! WTF! Where is he going to cast his vote when it comes to steering the juggernaut ? Universal religious instruction? Compulsory anger management classes. Gee zuz Eff man...WTF.

"SO…. the US has a helium rich gas field located in Kansas, Oklahoma, and Texas! And helium is a gas critical for our current state of technology! Boy, universe! Could you have placed it in a spot more antithetical to science, conservation, or rational regulation of resources?"

Umm, perhaps you meant that question to be asked of God the Creator and NOT the created (universe)?

But I digress..
In fact actually God (Or Your Universe) has a great sense of humor about these things. for example:
"Let me tell you something that we Israelis have against Moses. He took us 40 years through the desert in order to bring us to the one spot in the Middle East that has no oil!"

"We live in a world where it is possible to be a billionaire wizz in computer “science”, and a complete moron in actual science."

Yep, AND... We Live in a world where it's possible to be a VERY EDUCATED person who has studied in the "best" institutions of education and YET LACK WISDOM.

The first step towards wisdom is fear of the Lord, perhaps you should take a step in that direction.

"Umm, perhaps you meant that question to be asked of God the Creator and NOT the created (universe)?"

No, because this is about science, not old myths written by goat herders.

Hi Dean. What RT Media is doing is very consistent with FUD dissemination. That suggests to me that he or she or they are part of a professional group that actually receives some sort of compensation for throwing spanners into the machinery of American communication and collaboration. Best to not interact with that sort of beast. When they waste our time, they win.

The first step towards wisdom is fear of the Lord, perhaps you should take a step in that direction.

Try tell this (after the rapture) to all the victims (and perps) of the German Thirty Years' War.
They did fear the Lord a lot, methinks.

We are in an unstable period of our human development.

It occurs to me the author of #1 may enjoy this
story of the foot as a location of oil deposits.
I laughed my tits off.

How much Helium would we potentially create if all Earth's electrical energy were generated using fusion?

We generate about 2,300 GW of electrical power. ITER is trying to generate 500 MW from 0.5 grams of Hydrogen. So about a kg of Helium would be generated every second if we had ubiquitous fusion power. That's 30 million kg / year. The USA uses 15 million kg / year (including silly party balloons), so maybe we'll be okay in the long run.

(All numbers were obtained from simple Google search or simple multiplication - better values are assuredly available. I'm only looking at order-of-magnitude.)

Nope, just pointing out your ignorance and lack of wisdom and giving you prudent advice.
However, your own pride and arrogance (like many) is getting in the way.

Let me spell it out for you.
People of faith are part and parcel of the fabric of humanities past, present and future.
When you mock those folks in a democratic/republic style of governance you are simply screwing your own selfs scientific cause BECAUSE YOU NEED THESE PEOPLE. Perhaps not for your spiritual health but certainly for your treasured TAX MONEY FOR SCIENCE PROJECTS!!!

Go on and mock people of faith WHO HAVE A TON OF WEALTH, RESOURCES and VOTES, so try and convince them to fund your science explorations as you mock them.

That business model is doomed for failure