"This would be like an F8 tornado sweeping across the surface. These are winds on Mars that will never be seen again unless [there is] another impact." -Peter Schultz

When you examine craters on the surfaces of worlds across the solar system, you find that there are rays emanating outward, containing a mix of ejecta from the impactor and the surface itself. But there’s a limit to how far those rays go, and that’s normally dependent on the size of the crater. In a few instances on Mars, however, those rays go much, much farther than physics would indicate. 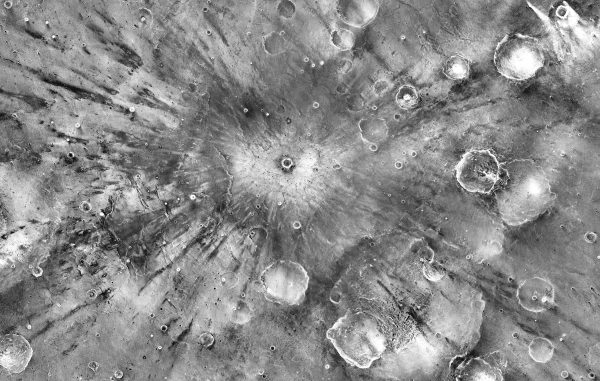 A detailed, infrared view of a crater on Mars at night reveals these distant, outward streaks that hold onto heat better than all the surrounding areas. Scientists believe rolling tornadoes are the core explanation. Image credit: NASA/JPL/MSSS/HiRISE.

This is puzzling, especially given how sparse Mars’ atmosphere is, and what a small effect it’s thought to have. But despite its low density atmosphere, Mars often exhibits weather that’s surprisingly violent, like dust devils and tornadoes faster than anything on Earth. In fact, high-powered gun range experiments on Earth show that sideways-barreling tornadoes can be produced with events like these fantastic impacts, and that could explain these unique, distant streaks. 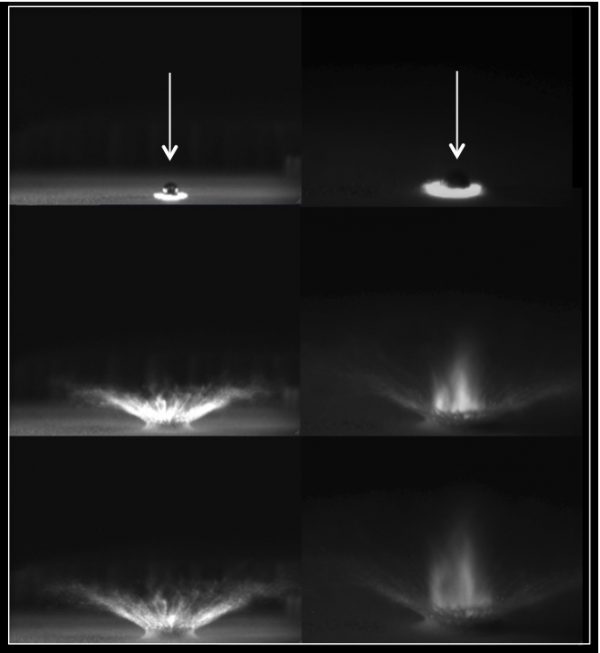 Sometimes a picture is worth 1000 words, but these 12 images can tell the whole story with only 200 more. Come get the science you need on Mostly Mute Monday!

I watched a Mars-centric sci-fi movie last night that was as bad as a sideways tornado. It was 'Life' with Ryan Reynolds and Jake Gyllenhaal.

I get that there has to be a willing suspension of disbelief to watch movies but .. come .. on. You've got to give me something, anything to work with.

Seriously, don't see this film. If you need to get your nerd fix, watch the first season of 'The Expanse'. It is seriously underrated.