How Can A Nation Have Nuclear Power Without The Danger Of Nuclear Weapons?

"We have to understand the ubiquity of energy in everything we do. Energy is core to our economy and it brings with it environmental challenges, and it's core to our security challenges." -Ernest Moniz

In 1953, then-President Eisenhower, in the aftermath of World War II and with rising tensions between the USA and the Soviet Union resulting in a nuclear arms race, began the “Atoms For Peace” plan. The idea was that all nations should be able to reap the benefits of nuclear power, while simultaneously keeping the world safe from nuclear war. While the same ingredients can be used for both reactors and weapons, uranium and plutonium, there’s are big differences reactor-grade and weapons-grade materials. 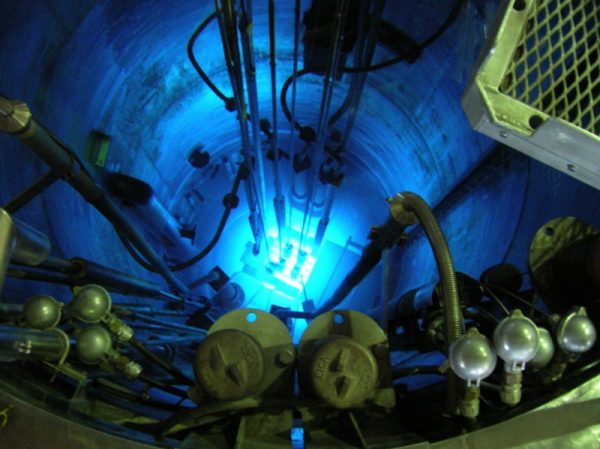 Reactor nuclear experimental RA-6 (Republica Argentina 6), en marcha. As long as there's the right nuclear fuel present, along with control rods and the proper type of water inside, energy can be generated with only 1/100,000th the fuel of conventional, fossil-fuel reactors. Image credit: Centro Atomico Bariloche, via Pieck Darío.

The largest difference is the concentration of fissile material. When the United States helped broker a deal with Iran to give them nuclear power capabilities while keeping their possibility of creating nuclear weapons at a minimum, it was nuclear physics that sealed the deal. In particular, it was likely unprecedented negotiation on two issues that made it possible: the U-235 and Pu-239 concentrations that would arise from Iran’s nuclear program. 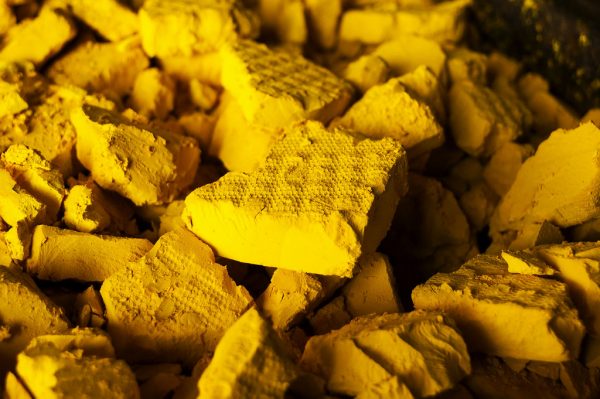 Uranium ore contains less than 1% U-235, and must be processed into reactor-grade uranium. A photo of yellow cake uranium, a solid form of uranium oxide produced from uranium ore. Yellow cake must be processed further to become reactor-grade. which is 3-5% U-235. Weapons-grade requires approximately 90% U-235. Image credit: Nuclear Regulatory Commission / US Government.
Tags
ask Ethan
environment
Physics
Politics
Categories
Policy

A related concern that terrorists can use to spread the FUD they exploit is to add radiation sources (non-weapons grade) to a conventional explosive bomb to make areas unsuitable for people to live.

"While many think this is too dangerous of a plan for planet Earth, that ship sailed …"

I'm not so sure about this. There are plenty of countries planning a phase-out:

I think we need to hear a clear answer from North Korea if they are willing to permanently give up on nukes and long range missiles in return for lifting trade sanctions, similar to Iran deal, or not.
If we are worried that they would continue development in secret, is that really practically possible when allowing periodic inspections from UN? If they break the deal someday, then it would be very clear which side was right, isn't it?

IMHO UN was founded to handle all international problems. But it is clear that UN is unable to make strong decisions. If we want to ensure a peaceful future (at least for international affairs) in our world, shouldn't we try to fix decision structure of UN to make sure it creates fast and strong democratic decisions whenever our world needs?

@3 Frank - Although the agreement approach has been tried before, it hasn't worked out satisfactorily.

I did not follow what negotiations done with North Korea in the past. Did they ever give final yes/no answers to the questions like, would they give up on nukes and ICBMs in return for lifting trade sanctions, and/or would they consider to join South Korea or China?

And if they never gave final yes/no answers to these questions, isn't really a good time to ask, and gave them an agreed upon time to provide their final answers? Isn't people of this world need to know?

(I think always goes w/o saying, these are just my humble personal thoughts. I mean no disrespect to anyone. Also of course, I am just asking as a single private citizen, nothing more.)

@6 Frank - Rather than serving as a filter for the information, you can read it here: en.wikipedia.org/wiki/Agreed_Framework

"Some analysts believe North Korea agreed to the freeze primarily because of the U.S. agreement to phase out economic sanctions that had been in place since the Korean War. But because of congressional opposition, the U.S. failed to deliver on this part of the agreement."

Also I couldn't found definite final yes/no answers from N Korea for the questions I had asked. So I think those are still open questions IMHO.

@8 Frank - Yes. That is a sentence from the article. Now, if that were the only sentence in the article, there would be nothing else to discuss. But, there were other sentences, weren't there? Many more sentences.

What is really important to me is that I could not found the definitive answers to the questions I had asked. Do you claim that article actually has those answers? If not, then where we can get them (assuming we don't want to ask N Korea now, unless we really need)?

@11 Frank - I claim the article shows that although the agreement approach has been tried before, it hasn't worked out satisfactorily. Do you agree?

Agree absolutely. But don't we care why diplomacy did not work before? Could it be because of US did not hold its own end of the deal (because of internal political disagreement)? Did US ever create an offer agreed by both Republicans and Democrats, and N Korea said no?

@/13 Frank - Remember my comment @10 about many more than 1 sentence in the article? The last time I checked, diplomacy was a two way (or more) street.

I did not read the article thoroughly, but I understand you are claiming N Korea did not hold their end of the deal first.

But I think regardless of the past, why not give N Korea a clear and simple final chance, in front of the world, today, before considering starting a new war? Don't we need ironclad justification before starting new wars?

How about US just ask these questions to N Korea and give them just one week to answer:

N Korea agrees to give up on nukes and ICBMs, and also agrees to periodical scheduled UN inspections, in return for lifting trade sanctions: Yes/No

Or is this too much to ask from US, before starting a war?

IMHO any mutually agreed solution would be better than war.

Good luck to all of us.

How about US just ask these questions to N Korea and give them just one week to answer:

North Korea has been slow-rolling western attempts at diplomatic agreements for literally decades. The dictatorship doesn't want agreement, or peace, or to join S. Korea, or China. They pretty much need the idea of a big bad enemy ready to attack at any moment, to continue justifying their policies to their people. And China, their biggest supporter, (IMO) needs to prevent an example of successful democratization on their borders, so their support of peace is also limited more to armistice than actual normalization.

So I think your one-week idea would just lead to delays with no answers.

But can we say right now that people of whole world is in agreement that N Korea deserves war and destruction?
Does everybody accept there is enough evidence about N Korea absolutely ruling out those three solution possibilities?

If there is not enough evidence then can we get the final answers from N Korea themselves before any possibility of war is considered as a last resort solution?

Of course when/if we are certain N Korea refused all those three options, I cannot speak for anyone else, but I would be okay if US goes to war with N Korea. I can honestly say.

Don't we have just one more week to wait before war?
if in the end N Korea insists for more time to delay I for one would interpret that as a dishonest delay tactic. (Because they obviously have an extremely unified government that can make any decision within days for sure.)

By the way if anyone is wondering what I personally think N Korea should choose, IMHO I would wish to see N Korea joining back to with S Korea. Maybe it could be done in similar way to how E Germany joined with W Germany, if all sides agree of course.

I think the world would breath a sigh of relief! That said, I can't see that happening anytime soon and perhaps it will never happen.

But getting back to the premise of this post, can a nation have nuclear energy without making weapons from it? Yes of course! Just the example of North vs South Korea proves that! https://drive.google.com/file/d/0Bw_Gn1yCTYV_eVFmZlBGZVR5NjQ/view?usp=s…
@ShellenbergerMD just issued an interesting set of facts relating to the proliferation threat starting with https://twitter.com/ShellenbergerMD/status/912701146367533056 and ending with:

27. Eventually the Three Big Truths about Nuclear Energy — that it creates prosperity, builds peace & protects environment — will be known.
28. Until then, those who attack our greatest weapon of nuclear peace — nuclear energy — are putting us all at greater risk of nuclear war.