Mais où sont les neiges d'antan! Did you know that "Antan", though it now means "yesteryear" (which was itself coined to translate "antan") formerly meant "last year", as a contraction from the latin "ante annum"? Fascinating, eh. But not as fascinating as poking at the innards of dead things. Although now I come to it, most of the dead things were dead in 2015 or even 2014.

Before any harsh words here is not quite neige and indeed not antan, but it is a colchique dans le pre which is pretty well the same thing. 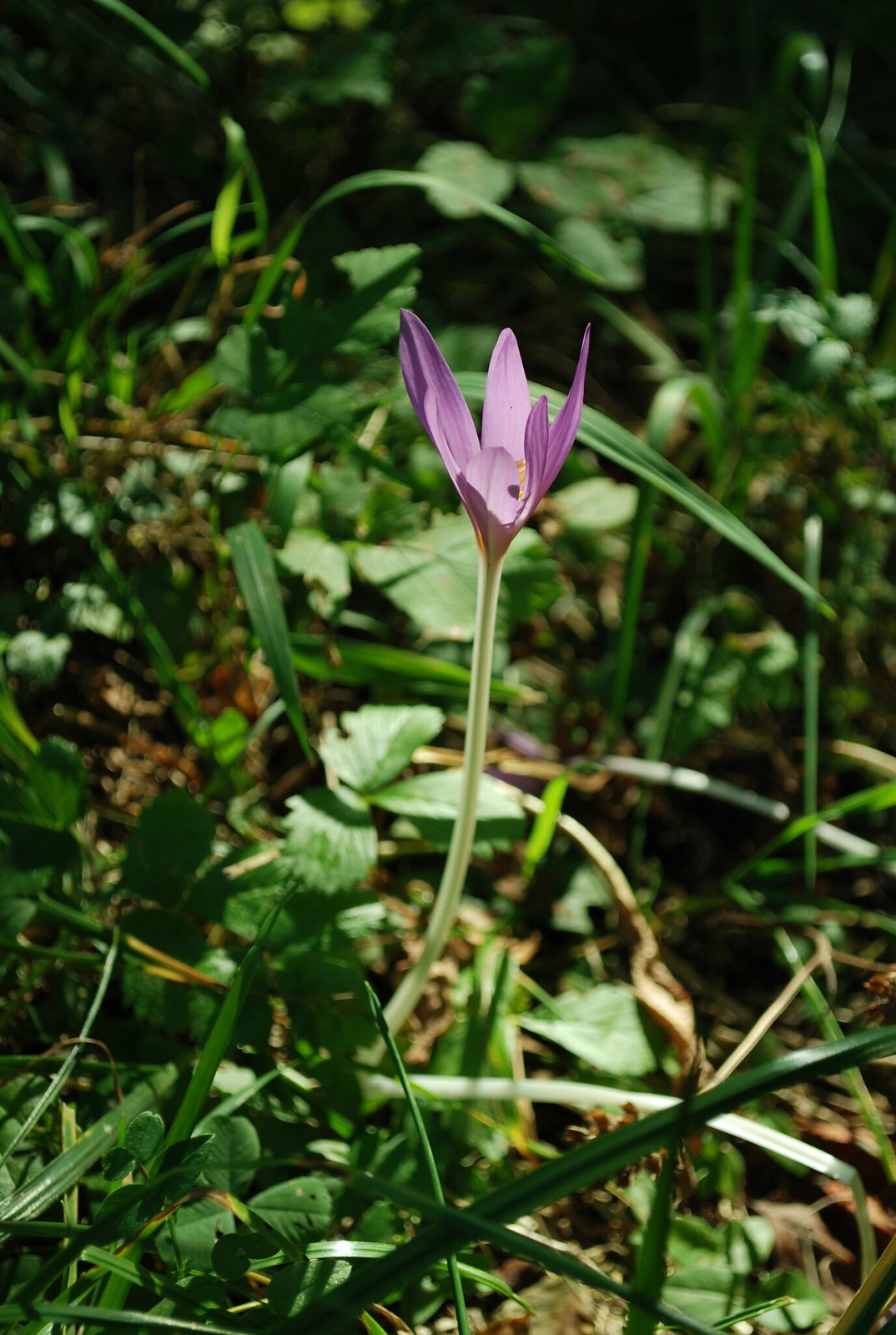 Let's start with a newish thing, Curry's Climate Etc review of 2016. Notice anything? Yes, it is pretty well all politics; and the ones that might be science aren't really. Oh well.

[Exciting update! JC in transition says Effective January 1, I have resigned my tenured faculty position at Georgia Tech... I have no plans to join the Trump administration (ha ha). Technically, my resignation is a retirement event, since I am on the Georgia State Teachers Retirement System... The deeper reasons have to do with my growing disenchantment with universities, the academic field of climate science and scientists...]

In a note-to-self last year I reminded me not to forget about the GWPF's silly "review". As of now the "news" page has nothing subsequent to September 29, 2015. Moyhu (who cares more than me, even to the extent of putting in a submission, though IMO that did them too much honour and was a mistake) celebrated the "review"s first birthday; AFAIK nothing more has been heard of it since. So although I and Moyhu haven't quite forgotten it, everyone else including the GWPF have.

On the Farce X front, back in October La Nova was claiming imminent publication; I tweaked them in November and mid-December. But no reply. Could it be they were just blowing smoke? But then why announce the imminent birth? Just jealous of AW? We may never know.

The late-and-unlamented (is that they right way to say it?) "pause" didn't come back, far from it. And sea ice, whilst not heading for extinction, is looking somewhat shy. PRP remained stiff.

One of the funnier objects around is "the Open Atmospheric Society" which still looks like a dodo. Its fb page still displays my witty comment about spider webs. Can they not even be bothered to tidy up? I shall tweak them harder.

* Judith Curry Is In With The Koch Brothers; contains a link to, as he says, a fairly nasty amicus brief.

* http://climatedebatedaily.com/ closed (archive; h/t RS)
* The OAS seems just a little bit deader than it was before says Sou.

Pretty sure that they spelled "lice" wrong in the OAS motto.

antan. ante annum. Something i didn't know, thanks.

And what rough beast, its hour come round at last / Slouches towards Bethlehem to be born?
Me on P. Thorne on Hansen et al.
Hansen et al.: RIP
More confusion from Hansen
Joan Crawford has risen from the grave!
Le Hansen nouveau est re-arrive

Rather than being dead, almost dead, slightly resurrected or whatever it seems to grow in stature with every passing month. I can think of at least four papers in the past few months that have given greater credence to their idea that the freshwater flux in the north Atlantic is going to lead to both greater sea level rise than previously estimated and that it is likely to have a significant effect on the AMOC.

It's especially interesting that they were criticized for using s crude model when it turns out they were using a model whose relevant crucial features were correct -- or corrected by Hansen et al -- as opposed to many of the more sophisticated models extant.

The takeaway is that one should always be wary of betting against Hansen.

AlphaGo has disturbed the world of Go players anew. "We are witness to the psychological shock of a species encountering, for the first time, an alien and superior intelligence."

Humans Mourn Loss After Google Is Unmasked as China’s Go Master "“After humanity spent thousands of years improving our tactics, computers tell us that humans are completely wrong,” Mr. Ke, 19, wrote on Chinese social media platform Weibo after his defeat. “I would go as far as to say not a single human has touched the edge of the truth of Go.”

Google’s AlphaGo AI Runs the Table on Asia’s Go Champs "In a series of unofficial online games, an updated version of Google’s AlphaGo artificial intelligence has compiled a 60-0 record against some of the game’s premier players. Among the defeated, according to the Wall Street Journal, were China’s Ke Jie, reigning world Go champion."

[I saw that. I think the reaction is a bit over the top. I've played through, quickly, two of the games and whilst the play is waay over my level, the moves all make sense - or at least, as much sense as pro games ever do. It is possible that a much better player than me like Ke might have a different perspective. Also, AlphaGo - whilst clearly very good - isn't yet that much better than the best human; so God-like playing is beyond it just now.

Aside:: there is a possibly apocryphal statement from a top Pro to the effect that, against God, he'd ask for about 10 points komi. Or somesuch. There was, of course, no way of judging that at the time -W]

"China’s Go world champion, Nie Weiping, said after he lost by 7.5 points to Master on Jan. 4, “Go is not as simple as we thought, there’s still huge room for we humans to explore. Either AlphaGo or Master, it’s sent by the ‘Go God’ to guide humans.”

I haven't the skills necessary to analyze a Go game, but judging by the remarks of all these Masters and Champions it would appear revolutionary. Last year when AlphaGo beat Sedol, Ke Jie said that it could not beat him. Now it has.

The other thing here that I'm not sure about though is that these were speed games. With chess computers/programs I could hold my own in speed chess - but once it came to tournament controls I was hopelessly out-played (I once managed a draw against Chessmaster 2100 at 40 moves in 2.5 hours; never managed a win with those types of time limits). I don't know if the same is true of Go.

[Speed Go is similar, at least in the sense that some are better at long and some at short games. It is tempting to imagine that, given a level of computer ability with time limits of X, you can get the same ability at limit X/2 by merely adding processor power *2 in which case I could imagine Alpha would have an advantage at shorter limits (which it seems to have: its short-limits record of 50+ wins to no loses is better than its long format results; but of course it may have improved in other ways); but really, I don't know -W]

Q: “Would humans have a better chance if the game was not fast-paced?”
A:“No way, I’ve studied all the matches. AlphaGo was consistently unwavering and confident every time.”

Many of the defeated champions observed that the program has advanced enough to give top human professionals a two-stone handicap. Legendary Japanese player Shuko Fujisawa claimed that he could challenge the God of the game only if given a three-stone handicap. "

It's interesting that in all of these games AG was using very little of the time control -- typically only 5 to 8 seconds even in 30 and 60 second games. So it wasn't using all of the allotted time to find the best move.

Elsewhere I read that the current version could give 2 stones to the version that beat Lee Sedol.

[Interesting. It will be fun to see how it progresses -W]

[There's a collection of the lightning games at http://www.go-baduk-weiqi.de/masterp-schlaegt-go-profis/ -W]