A Picture Is Worth A Thousand Words

clock | April 17, 2010
I wonder how much more (and more accurate) detail this guy would get when sober. And how much less most other people would be able to say when sober....

clock | April 16, 2010
Hat-tip: Annalee Newitz: Crazy Brazilian pranksters managed to get a colony of real ants to carry tiny protest signs in a demonstration against the insecticide Baygon. Need I say that I welcome our new insect overlords?

Would a Lava Lamp work on Jupiter? Let's see....

clock | April 16, 2010
Neil Fraser was curious about this question, so he built a centrifuge at home and recorded a lava lamp at 3G (which is higher than Jupiter, actually). He explains the details here. [hat-tip]

Four things everyone needs to know about sharks (video) 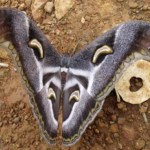 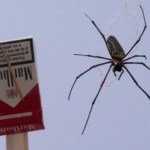 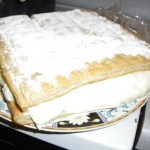 Give A Squirrel A Helping Hand (video)

clock | December 25, 2009
Interesting how the parent is steering the youngster towards the bag, trying to get it to use it as a prop! 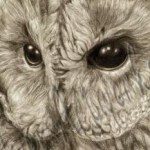 This kid's art is great 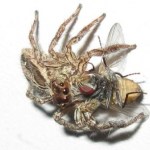 clock | November 29, 2009
The same friend in Equatorial Guinea whose picture of a lightning I posted yesterday also took this picture. This spider lives on his desk. He waited several days for the spider to catch a fly and then took this picture: Anyone venture to ID the species of the spider and/or the fly? 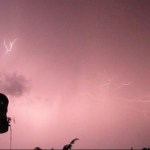 clock | November 28, 2009
My friend (I was the Best Man at his wedding, back in the 80s) is in Equatorial Guinea and the other day he took this dramatic photograph of a lightning:

clock | November 27, 2009
Explained here. Critiques in the comments are (mostly) valid, but for a first effort at using this kind of visualization technique, I'd say it's pretty impressive.

The craziest fish jaws ever (video) 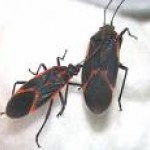 What bug is this?

clock | November 4, 2009
The neighbors in Southern Village (here in Chapel Hill) are wild about Halloween, many making elaborate decorations of their houses for it (often more elaborate than for Christmas). The business on The Green also get into the spirit and put fun and scary dolls or scarecrows or other objects in front of their stores. These are often quite well designed as well. This year, we really liked this sign-post, showing the way to other businesses (e.g., Lumina Theater, Weaver Street Market, Harrington Bank, etc.) - click on buttons to see large:

Why does plastic accumulate in the North Pacific Gyre? (video)