WASHINGTON, DC – The USA Science & Engineering Festival today announced Lockheed Martin as its founding and presenting host, unveiled a new website, and detailed year-round activities leading up to its return to Washington, DC on April 24-27, 2014.

The USA Science & Engineering Festival creates the thrill of hands-on science for America’s youth, getting them interested at an early age so more students will pursue careers in science, technology, engineering and math.

“This nation suffers from a severe shortage of up-and-coming scientists and engineers,” said Dr. Ray O. Johnson, senior vice president and chief technology officer at Lockheed Martin, and Festival cofounder. “We need to spark a new generation of innovators by providing students with hands-on experiences that give them that thrill of understanding and a sense of accomplishment in solving difficult problems. Highlighting everyday applications, the USA Science & Engineering Festival helps students harness a passion for engineering and technology, positioning them and the country for future success in addressing 21st century challenges.” 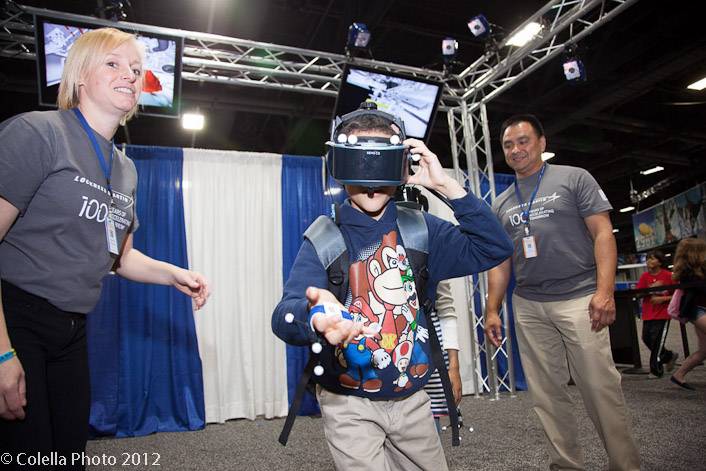 Festival highlights leading up to the Finale Expo in April 2014 include:

In April 2014 during the 3rd USA Science & Engineering Festival in Washington, DC:

The Festival is a signature program for Lockheed Martin, a global security and aerospace company
that employs nearly 60,000 engineers, scientists, and technologists worldwide. The company cofounded the festival in 2010, helped expand the program in 2012, and serves as the founding and presenting host again in 2014.

“Lockheed Martin is a national leader in promoting science, technology, engineering and math (STEM) in our education system,” said high-tech serial entrepreneur Larry Bock and festival cofounder. “Thanks to the leadership of Lockheed Martin and other sponsors, the festival provides
students direct exposure to the most innovative employers in the field. It also allows prospective employers to demonstrate the coolest engineering and technology applications to young people firsthand, getting them excited to become tomorrow’s scientists and engineers.”

More than 500,000 people attended 2012 festival events, with over 250,000 attending the 3-day Finale Expo at the Walter E. Washington Convention Center, making it the second most attended event in the convention center’s history. The festival is seeking additional sponsors for the 2014 event. To learn more visit www.USAScienceFestival.org, connect with us on Facebook, and follow us on Twitter @USAScienceFest. 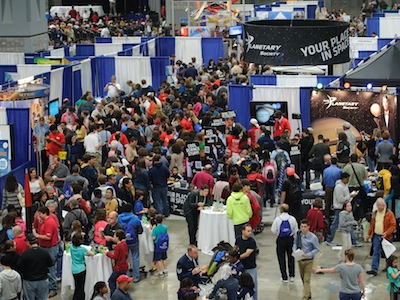 About the USA Science & Engineering Festival

The USA Science & Engineering Festival is the country’s only national science festival. It was developed to increase public awareness about the importance of science and to encourage youth to pursue careers in science and engineering by celebrating science in much the same way as we celebrate Hollywood celebrities, professional athletes and pop stars. Led by Lockheed Martin as the presenting host sponsor, the festival is a grassroots collaboration of over 500 of the leading science and engineering corporations in the United States. For more information, visit www.USAScienceFestival.org.