I have been shamefully derelict in my Sunday Chess Problem responsibilities. But that ends now! To get us back into the swing of things, I have selected one of my own. The following diagram calls for selfmate in five: 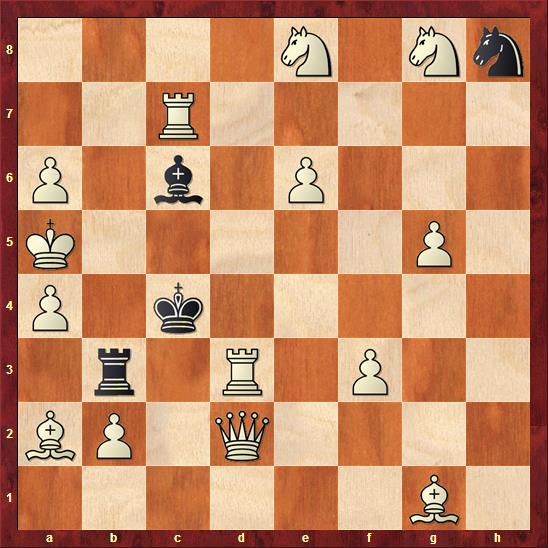 This was published in the June 1992 issue of the British Chess Magazine. It later received a commendation in the tourney award.

Recall that in a selfmate, white moves first and forces black to give checkmate in no more than the stipulated number of moves. Black, for his part, does everything in his power to avoid giving checkmate. It's a complete inversion of normal chess logic!

Now let's have a look at the diagram. As is typical for selfmates, black does not have a whole lot freedom. In fact, only his knight tucked away in the corner can move. Plainly, white will have to lure that knight across the board, until it reaches a square from which it can give check to the white king. Currently, though, white is unprepared to deal with either of black's possible knight hops. 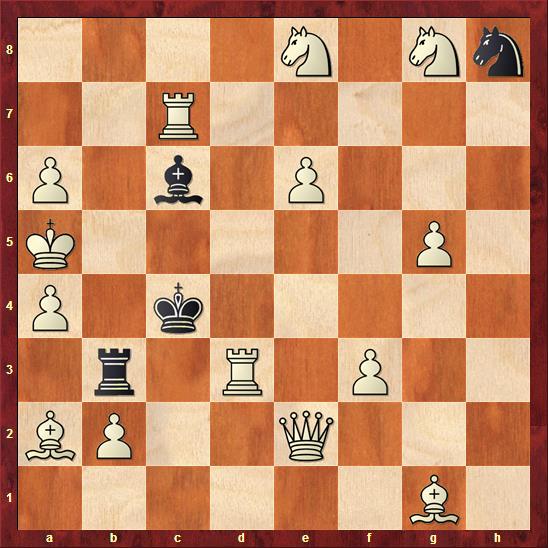 This sets up a battery between the white queen and rook (so that if the rook moves it will discover check from the white queen), and waits for black to commit to a particular knight hop. The interest of the problem lies in the fact that black's choice of move has a big effect on the final mating position. 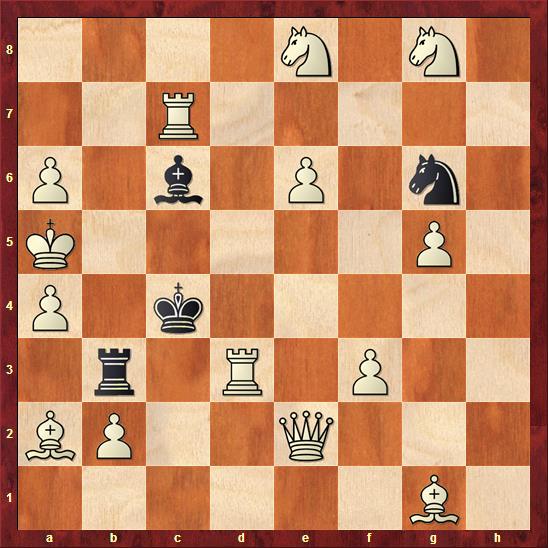 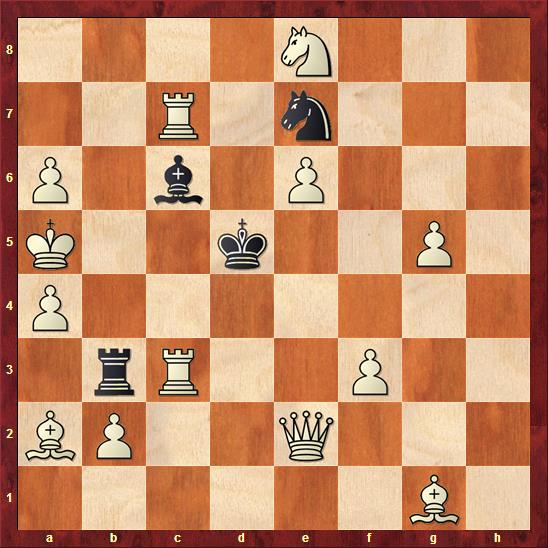 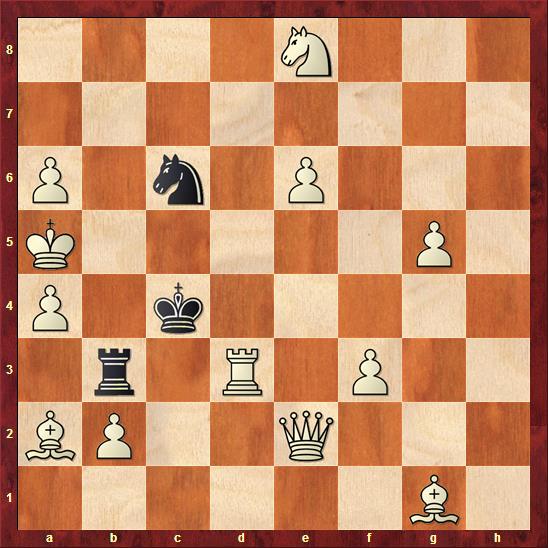 Notice that the black king has ended where he started on c4, while the black knight has come into c6. 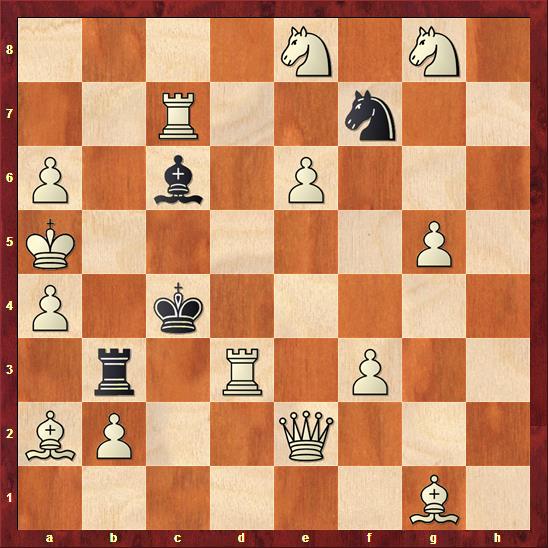 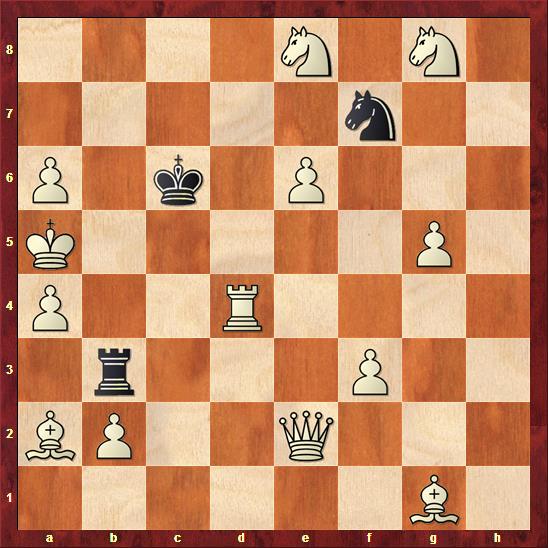 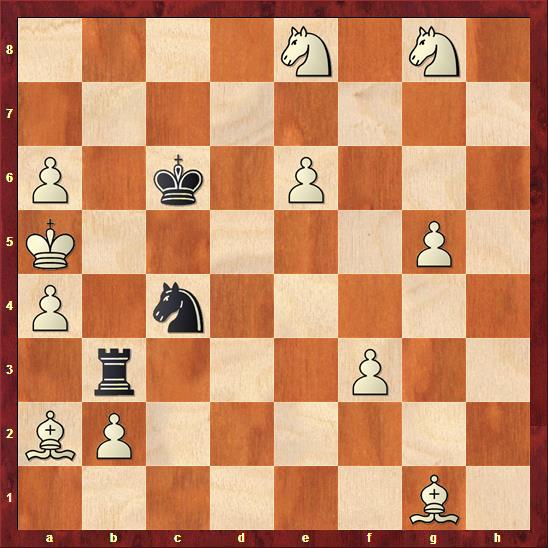 And the king and knight have swapped their roles. Throughout there is also some interesting strategy from the battery play, self-interferences, and sacrifices.

I was very pleased with this problem when I finally got it to work, and it was quite a thrill to receive the commendation. The judge commented that it might have received a higher placing, but for the fact that white's knight on g8 is only used in the first line. Alas, too true.

Does it harm the problem that White can mate at pretty much any time with Bxb3? Or is that not unusual in self-mates?

Quite a nice key move with the Queen, particularly given its sacrifice in the second variation.

It's very standard in selfmates that white could give checkmate at any time. The black force has to be carefully constrained, after all. I think the attitude to have with these exotic problem genres is that we're not really playing chess at all. We're just playing a different game, with different rules, even though it seems to have a lot of similarity to chess.