How big things relate to sex, stress and testosterone

Males—now this might shock you—generally spend a lot of time and effort trying to convince females they're worth sleeping with. Whether it means building an ornate bower, shaking their tail feathers, or buying the biggest diamond ring, men put a lot of work into getting laid. And why do they go to such ridiculous and even dangerous lengths? Well, because we females demand it.

Sexual selection is a process first coined by Darwin explaining how mate choice could drive evolutionary changes. Females pick guys that they think have the best package—of DNA, that is. The gals pick guys whose genes are most likely to create good offspring. In the end, it all comes down to which men's kids will survive and create the most grandkids. When physical features are important, the decision is easy: it's visible. If size matters, then go for the biggest guy, etc. But what about things you can't directly see, like a man's resistance to disease or parasites? How to females pick the healthiest males without being able to count the parasites on them or see the viruses in their blood? And how come females in many species choose seemingly negative traits (at least when it comes to survival), like ridiculously large, colorful peacock tails?

Enter biologist Amotz Zahavi and what has become known as the Handicap Principle. The hypothesis is that certain traits, because they are potentially damaging (like bright colors = more likely to be eaten) or simply energetically expensive (time and effort required for men to accrue money to spend on expensive jewelry), are honest signals of a male's overall health and genetic fitness. If an individual is plagued with parasites or disease, they have to devote energy to fighting those instead of creating the sexy traits females look for, be it ornate coloring or expensive clothes. Those that are infected or otherwise poor examples of their species simply aren't able to produce the same looks/behavior/etc that the healthy men can. Females, thus, look for signals that are hard to fake, so they get a real indicator of a man's worth.

But how exactly does it work? What interplay occurs in the body which keeps a signal honest? A lot of research has looked into answering those questions. Signals have to be costly, particularly to immune function, otherwise less fit males would just lie to get some. 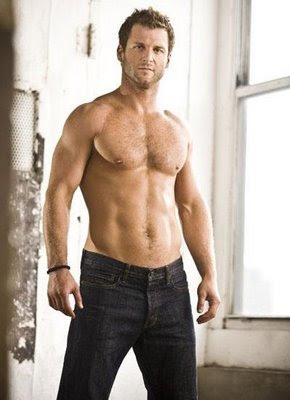 In 1992, Ivar Folstadand Andrew John Karter1 proposed that testosterone-driven signals could reliably confer quality because testosterone, while it enhances many "male" qualities, damages the immune system. Any ornament or signal derived from high testosterone levels could only be produced by males who have strong, healthy immune systems to begin with. While we might be able to inject hormones and steroids to bulk up now, muscle mass in prehistoric man was probably a pretty honest indicator of his genes which made him a healthy man, free of disease, who can take care of and feed his kids—and pass those traits to his sons. But research has waffled on testosterone's role, and not all studies seem to find a clear link between the hormone and successful sexual signals.

Now Dr.Gary R. Bortolotti and his team might have figured out why testosterone doesn't explain everything. The key, as their new research published in PLoS ONE highlights, is that there's more to the picture. They found a complex interplay between testosterone and stress chemicals like cortisol2.

In life, it's rarely just one thing you have to worry about. Poor nutrition, the threat of predation, environmental conditions and even other toxins have a huge impact on our health, too. When we're stressed, our bodies release specialized hormones called glucocorticoids, that help us deal with bad situations. While they help in short term situations (like increasing blood flow when trying to flee from a hungry bear), they damage the immune system with prolonged exposure, and thus would also fit the conditions for keeping sexual signals honest, just like testosterone. 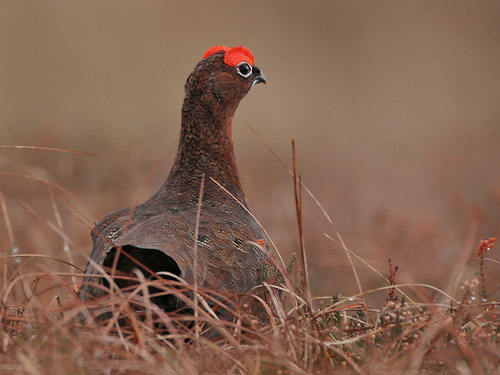 Bortolotti and his colleagues decided to look directly at the interplay between sexual signals, stress hormone levels, testosterone levels, and parasite loads in the red grouse Lagopus lagopus scoticus. They manipulated testosterone and parasite levels to see how they affected the large, red combs atop their heads which females are attracted to. Since they were wild animals, they didn't control their stressors, and simply let those occur naturally. At the end, they measures parasite loads, comb area, testosterone levels, and levels of corticosterone, a stress hormone, in their feathers.

They found that those they'd given testosterone boosts to had significantly bigger combs than those they didn't. Those they infected with parasites had smaller combs than those they didn't in the ones who didn't get extra testosterone boosts. But most interestingly, they found that even when the other factors were taken into account, there existed a significant, strong correlation between corticosterone levels and parasite loads—in short, those that were stressed had more parasites. Similarly, those that were stressed had smaller combs, even in the males who had been given testosterone boosts. In fact, stress explained over 40% of the variation within the high-testosterone group, where parasite loads didn't factor in much at all. So the stress level impacted the grouse's sexual signal, even when they were experimentally given a signal booster which overpowered parasite-driven effects.

This means that while testosterone and infection levels impact sexual signals, stress, too, has a huge impact. Also, the corticosterone levels factored into how many parasites were on the grouse at the end of the study, suggesting it has a large role in susceptibility to infection in the first place. So stress levels affect both health and sexual signaling, even independent of each other's interplay.

And, these results help explain why some studies found trouble teasing out the connection between testosterone and sexual signals. Without controlling for levels of stress, any study looking at ornamentation and parasitic infection is missing a huge part of the puzzle. With this information, we can better understand the subtleties behind the signals that males use to attract their mates, and the ones females use to judge them.

And, of course, if you're a male trying to convince a female you're worth it, you might want to keep the stress in your life as low as possible. We don't know all of the sexual signals that occur between men and women, but it's likely that if stress negatively impacts the Red Grouse's signal, it negatively impacts whatever testosterone-related cues we use to determine a man's genetic fitness. At least it might help more than covering yourself in cheap cologne or pretending you're the second cousin of Brad Pitt.