The Pip's ringing in the New Year... Well, OK, he's actually asleep upstairs. Because when you have a one-year-old and a four-year-old, you don't really get out to a lot of parties on New Year's Eve.

Anyway, to be honest, I won't be all that sorry to see 2012's taillights fade to black. There were undoubtedly some good things-- the publishing of How to Teach Relativity to Your Dog and a few smaller things, and the sale of How to Think Like a Scientist, along with some other weird-but-fun stuff that's not tangible enough to talk about yet. There were also some very bad things-- several deaths in the family, and a whole bunch of work-related unpleasantness that I can't talk about. And there was that whole election thing.

It's not that the bad necessarily outweighed the good, but it's close enough that I'm perfectly happy to ring down the curtain and move on to 2013, and just not think or talk about 2012 any more. And, you know, that's fine-- we had a really great run for three or four years there, and were due for some regressing to the mean, as it were.

And, anyway, for as low as the low points of the year were, I had a second book published and sold a third. And more importantly, I have two amazingly fantastic kids. As maddening as they can be at times, 2012 was infinitely better for getting to spend it with them. So here are some cute kid pictures, first a repeat of the Pip-Ringing-Bells picture that's the featured image for this post (for those reading via RSS who can't see that), and then a picture of SteelyKid bouncing on the trampoline she got for Christmas at Grandma and Grandpa's. 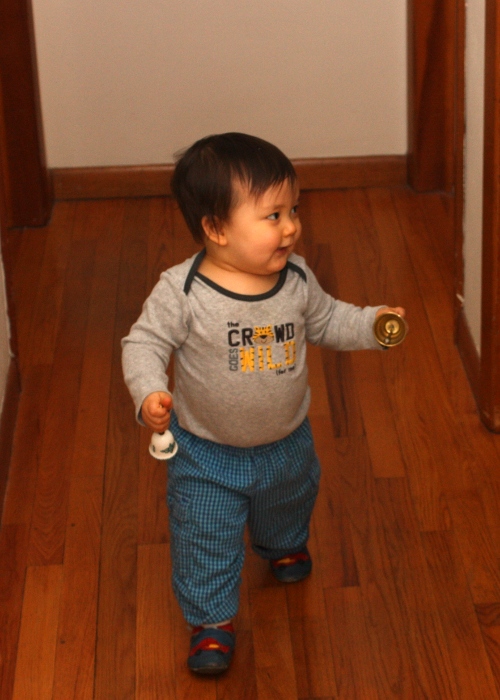 The Pip, with bells on. 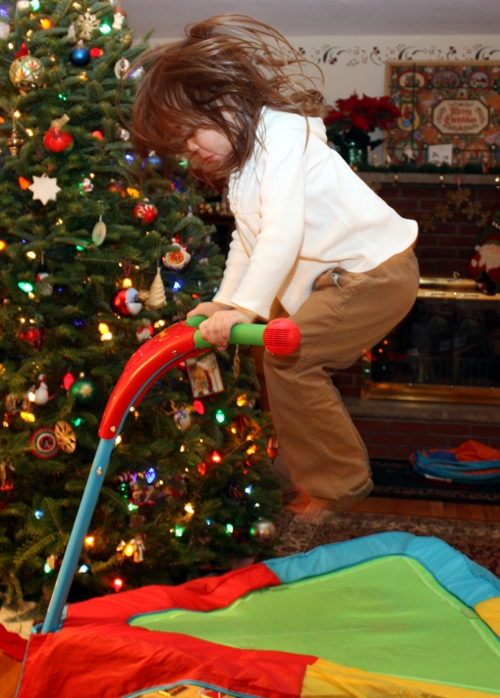 SteelyKid bouncing higher than any four-year-old has bounced before.

So, here's hoping that your 2012 was more good than bad, and 2013 will be even better for us all. Happy New Year, everybody.

Another one here who is happy to lay to rest 2012 and move on to a hopefully better year... I wish you and your family a good start into the New Year :o)

Wow, they're both getting big. Is this that expanding universe thing they're always talking about? If nothing else, their universes are expanding, I'm sure.

What else can I add, aside from wishing you and yours a Happy New Year.