Every year since this blog started in 2002, I've marked September 11 with a moment of silence post, as acknowledgement that I don't have anything to say that would be worth sharing with the Internet. This is the very first year that I've had any hesitation about it, because in addition to being a Very Bad Anniversary, this was also a happy day in Chateau Steelypips. This morning, we put SteelyKid on the bus to her very first day of kindergarten.

And, you know, that's worth breaking tradition for. Really, it's as good an excuse as any to retire the tradition altogether-- it's probably time to move on. Because, you know, life goes on, and while I still don't have anything to say, pointedly not saying anything isn't as important as it used to be. It's time to let the past be the past, and focus on the future, where SteelyKid is going to school, and her world will continue to get more amazing every day. 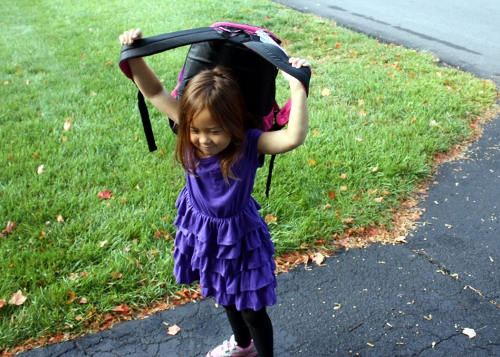 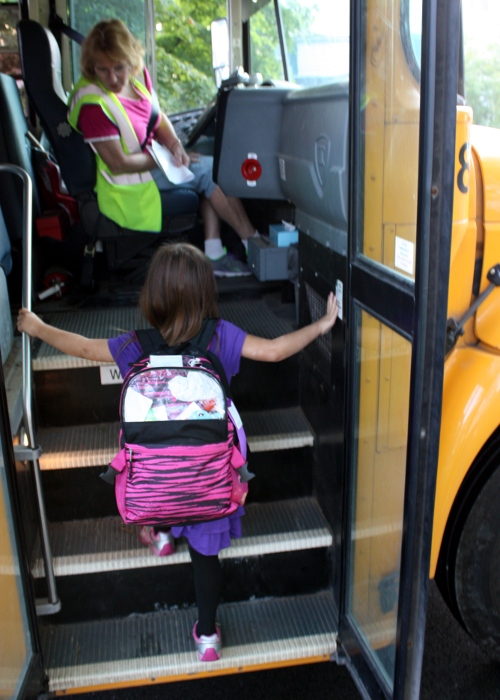 SteelyKid boarding the bus for her first day of kindergarten.
Tags
personal

I think you are right to move on.

I expect that in time SteelyKid will view 11 September 2001 in a similar way to how people of our generation view 22 November 1963. A Very Bad Thing happened that day, a few years before she was born, and while the event was traumatic for many people of her parents' generation, she will have always known a world in which the Very Bad Thing happened. It's just history to her. My mother, who was a toddler when Pearl Harbor was bombed, feels similarly about 7 December 1941.

I think what Eric says is true, but it runs more deeply than that.

If it were only that a Very Bad Thing happened, that would be one thing. But this is a "Post 9/11 World", which is very different from a "Post Kennedy Assasination World" To see what I mean, read David Wong's incisive (and almost incongruously hilarious to read) article "The 6 Weirdest Things We've Learned Since 9/11".

Perhaps we no longer need a moment (or post) of silence for the people we lost at the time, but for everything else we've lost since then.

(In terms of impact, the bombing of Pearl Harbor is much closer in impact to the events of 9/11, though the subsequent ripples differ very much in kind, I think.)

I suspect her father was suitably choked up and misty.

Lovely :) Hope she likes it. My only recollection of my first day at school is that I got blisters on my shoulders from the backpack.