We spent most of Saturday at a taekwondo tournament-- the AAU Adirondack Championship, or some permutation of those words. This was held in the gym over at Hudson Valley Community College, and was fairly big: 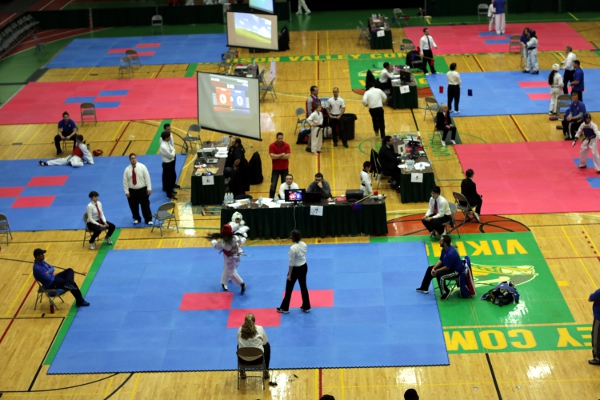 The taekwondo tournmanet from way up in the bleachers.

It was, however, 99% waiting around. They did black-belt sparring in the morning, and said that staging for the colored belts would be at 1pm, so we were there at noon. But they did the forms competition before the Olymopic sparring (SteelyKid's event), so it was 3:45 before they called her group to be sorted into age and weight divisions. So we spent the better part of three hours watching the kids from the Elite Team play elaborate tag games on and around the bleachers.

There was, however, some taekwondo action including several badass pictures while SteelyKid was warming up: 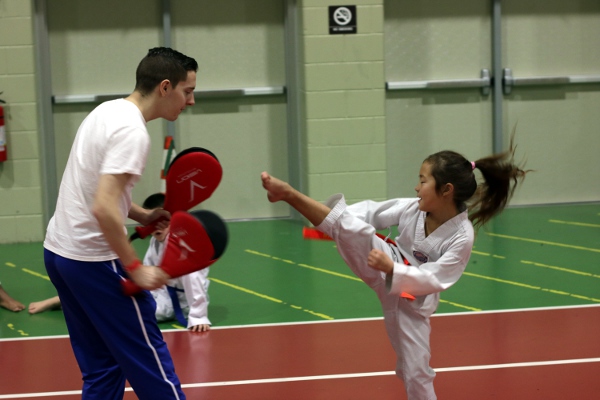 SteelyKid doing a round kick while warming up at the taekwondo tournament.

When she finally did get to fight, she finished second in her division, and got a big shiny trophy: 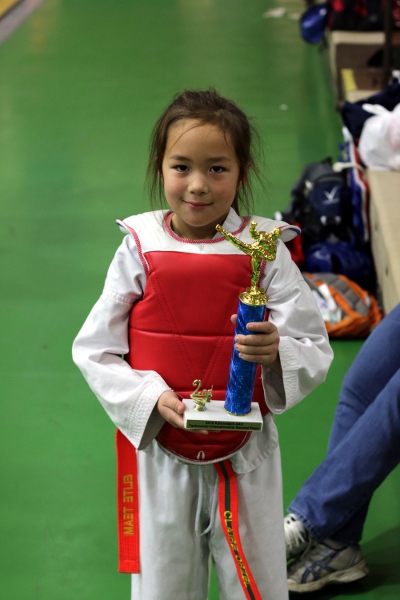 SteelyKid in sparring gear, with her second-place trophy.

Admittedly, she came second in a division of two (only one other girl of her age and weight at the tournament), but she fought gamely, and was very excited about the trophy. Which is probably best seen as a reward for the four-and-a-half hours of waiting around, rather than the two minutes of actual fighting...