We know, more or less how supernovae work. We've seen them just hours after they first go off through telescopes and satellites. The Crab Nebula, also known as M1, was a supernova that went off nearly 1,000 years ago in our own galaxy, for example, and we can simulate pretty well that it formed like this:

But this is totally new: a paper is coming out in the journal Nature tomorrow (the 22nd of May), where they've caught a star exploding red-handed!

First things first; here's a quicktime movie of the explosion. Let's put up some screenshots of the Blue Giant star before the explosion: 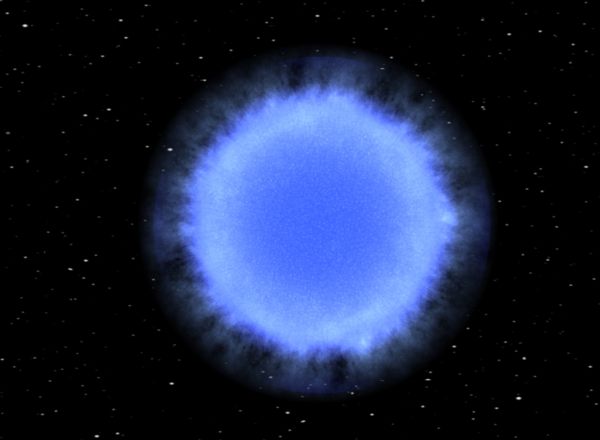 Here's one during the explosion of the star expanding and being forced apart: 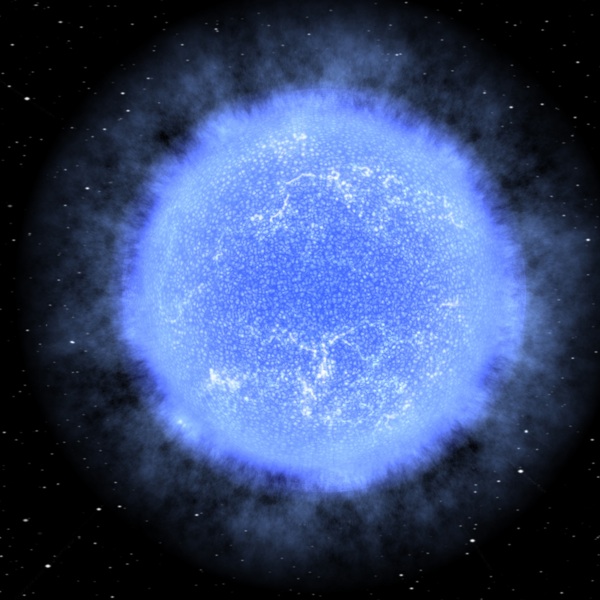 And here's a shot of the formation of the supernova remnant just after the explosion (note the collapsed core): 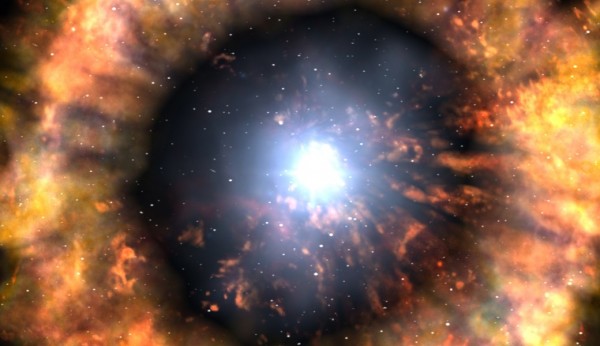 Now, how did they find it? They were actually going to look at a supernova remnant of an explosion that went off months ago, called supernova 2007uy. And they observed it on January 7th. 2 days later (okay, two nights later), the SWIFT satellite detected a huge burst of X-rays coming from the same location in the sky. They quickly went to re-observe it, and what did they find? Holy smokes, there was a brand new supernova. Check it out: 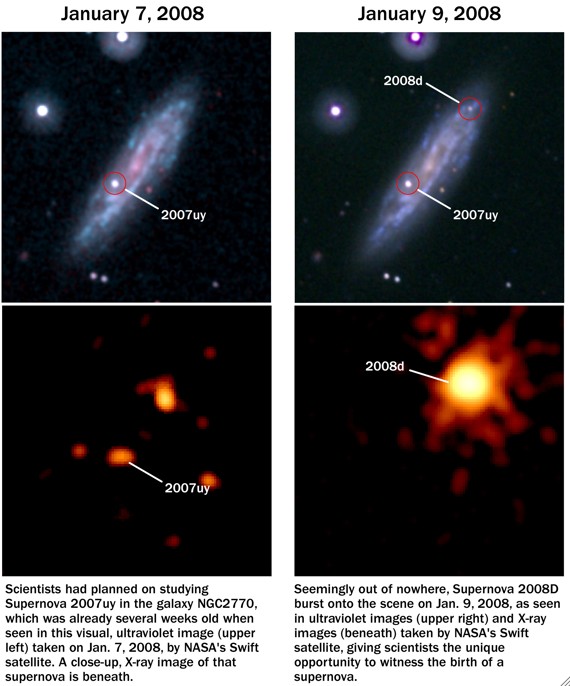 Remember this name: SN 2008D. That's the supernova we've just witnessed, from its very first stages, for the very first time. So what this means is that this team, led by Alicia Soderberg, has just caught a supernova in the act of going off! We now know that they emit high-energy X-rays as a warning sign, because we've just seen it. This supernova looks like it turned into a neutron star:

A typical supernova occurs when the core of a vast star runs out of nuclear fuel and collapses under its own gravity to form an ultra-dense object known as a neutron star. The next activity is what the scientists were able to see for themselves -- the newborn neutron star first compresses then rebounds, triggering a shock wave that plows through the star's gaseous outer layers and rips the star apart.

And we just saw it. We fortunately happened to be looking and we saw all of this happening! I hope you're enjoying this as much as I am!

Update: The Bad Astronomer has a writeup of this as well, where he reminds us that these supernova explosions are where we get all the heavy elements (anything that isn't Hydrogen and Helium) in the Universe, including on Earth.

I saw a supernova while standing in my backyard last summer (may 24 12:05am Winnipeg Manitoba south-southwest-ish). I can't seem to find any documentation of it. Did anybody else see it or know anything about it?