It's hard to believe that until 1929, we were pretty sure that the Universe consisted entirely of our galaxy, and everything else was inside of us.

Hard to believe that you can look at something like this and not think it was another galaxy like our own, isn't it? 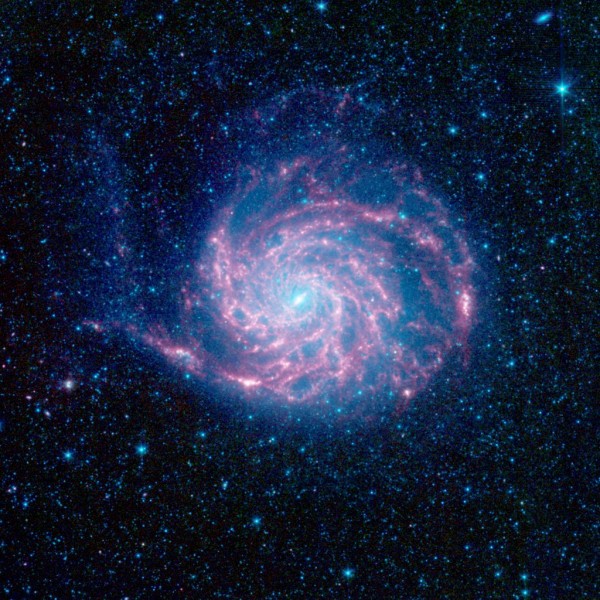 Yet when you look in the visible light -- which is all they knew how to do back then -- this is what the pinwheel galaxy (above) looks like through a modern advanced amateur telescope. 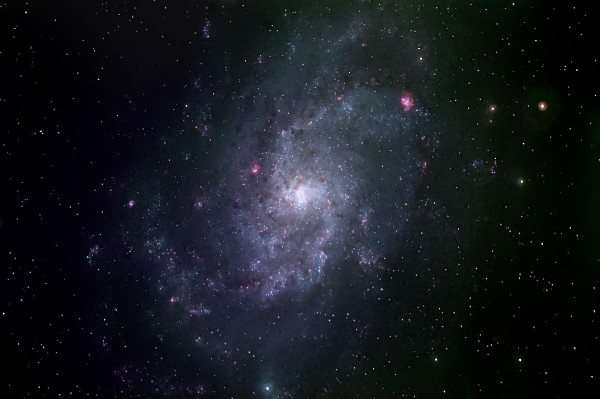 Is it really so clear to your naked eye that this image is so different from the one below? 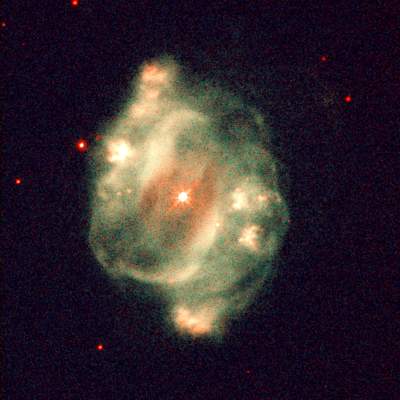 Believe it or not, this image is of a planetary nebula, or just the gas blown off by a single star as it dies and collapses into a white dwarf. It isn't obvious to me that they should have known back then that these "spiral nebulae" are so different from planetary nebulae. Take a look at another spectacular one... 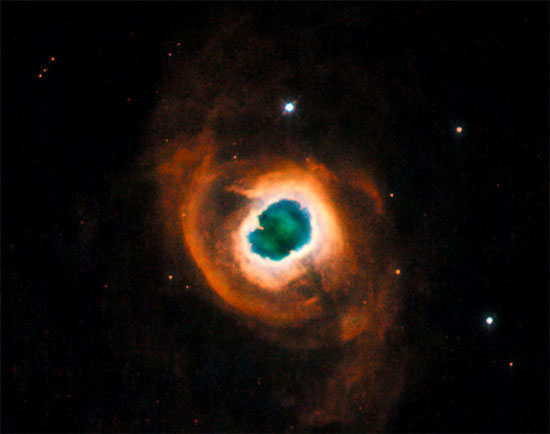 ...and maybe a few more general ones. 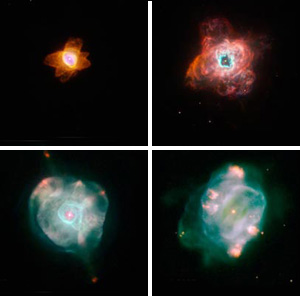 Yup, they're all just dying stars that form planetary nebulae, and they're all within our own galaxy. Why couldn't the spiral ones be in there too? Thankfully, we've learned a lot more, and our observing abilities simply dwarf what they were 80 years ago. Take a look at today's Astronomy Picture of the Day, and see if you can't tell instantly what's a planetary nebula and what's a galaxy. 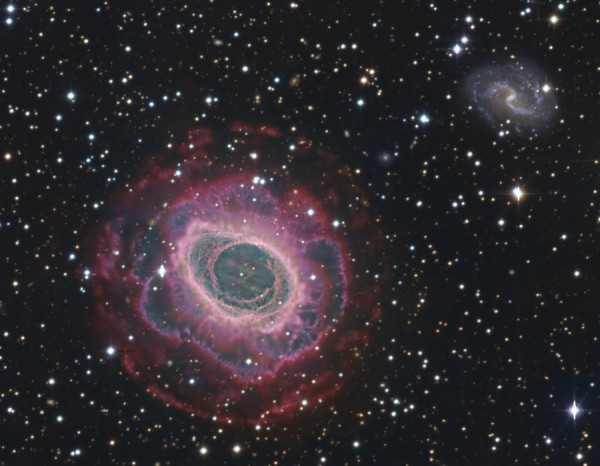 But without the full power of what we have today, it isn't obvious without doing some serious astronomical analysis, like measuring individual stars in these nebulae, which is what Hubble had to do. So enjoy the nearby planetary nebulae and the distant spiral nebulae, and enjoy the fact that we don't have to get them confused anymore. (And, it's always nice to give you some pretty pictures to look at on a Friday.)

Telescope! Give me sight beyond sight!

"The lessons of science should be experimental also. The sight of a planet through a telescope is worth all the course on astronomy; the shock of the electric spark in the elbow outvalues all theories; the taste of the nitrous oxide, the firing of an artificial volcano, are better than volumes of…

"A colour is a physical object as soon as we consider its dependence, for instance, upon its luminous source, upon other colours, upon temperatures, upon spaces, and so forth." -Ernst Mach Our Sun, like all Sun-like stars, will come to the end of its life someday. All the hydrogen fuel in its core…

Even better, science plus historical perspective.

Although I've always loved staring at astronomical plates because they are so pretty as photographs, Edwin Hubble really did spectacular work especially when you consider the numerous infidelities of plates (and film too). Little wonder that the JPL pushed so hard to develop CCDs and eventually eradicated film and plates within 20 years. Of course if you want full color reconstruction of astronomical images from plates, David Malin has an awesome collection which he built up over many years and at a number of observatories. If I were to re-do color plate work or even amateur multi-filter CCD exposures, I'd be sure to predict where artificial satellites are so that I can avoid exposing the detector as the satellites fly by. Those colored streaks really annoy me.

It is amazing to see how far astrophotography has come along. Amatuers are producing photos through their backyard telescopes that rival those from major observatories from the 1970's. Most of this is due to CCD technology over film. CCD sensors built into dedicated astrophotography cameras continue to advance in sensitivity. Thus, it is easy to distinguish between a planetary nebula and a galaxy even with today's amatuer equipment.

Ethan is absolutely correct that in the eighty years, since Hubble's Law, an incredible amount of new observational data, insight and interpretation of that data has been achieved. But theory has not advanced much.

In 2007 Andre Linde explained, "Cosmological examinations show that our part of the visible universe contain at least 10^88 elementary particles... If one takes a universe of typical initial size... one can calculate how many elementary particles such a universe might encompass... the entire universe should be large enough to accommodate just one elementary particle-or at most 10 of them... Obviously, something is wrong with this theory." (from Scientific American-The Cosmic Life Cycle) And Linde still believes in the Big Bang theory; even after his calculation suggest that 13 billion years after the "hypothetical big bang" our universe today should contain just 1 elementary particle.

We are much better starting with Hubble's words of caution on interpreting his results, "Red-shifts may be expressed on a scale of velocities as a matter of convienience... The term "aparent-velocity" may be used in carefully considered statements, and the adjective always implied where it is omitted in general usage."