The Big Deal about LCROSS

I thought I should consult you first before I went ahead with my plan to destroy the Moon. -Greg Angelone, via The Straight Dope

Last week, scientists from LCROSS announced that they had detected "a buttload" of water on the Moon. Let's go over what happened and what it means. 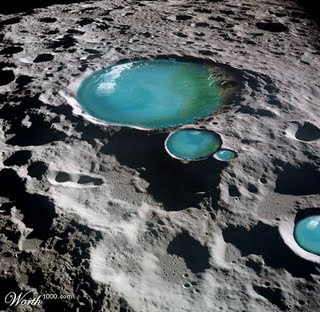 The Moon is very different from Earth. It has no atmosphere (literally, less than one atom thick), day-and-night lasts for two weeks apiece, and the temperature extremes are horrifically severe. But one of the biggest differences? Whereas the Earth is tilted at 23.5 degrees as it goes around the Sun, the Moon is tilted by less than two degrees. 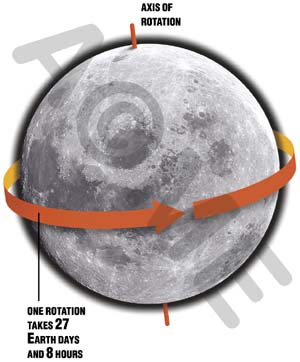 This is hugely important. On Earth, because of the 23.5 degree tilt, every place on Earth receives a significant amount of sunlight at some point during the year. But with a tilt that tiny on the Moon, the Sun never gets more than 1.54 degrees above the horizon as seen from either the North or South Pole of the Moon! 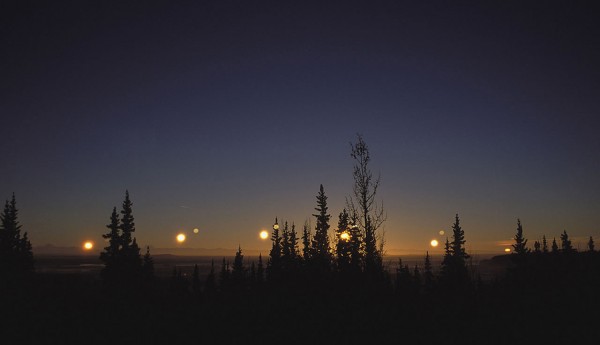 Or, in other words, if you dug a hole that was 100 meters deep and 100 meters wide, only the top 2.7 meters of your hole would ever get illuminated by the Sunlight, and the bottom 97.3 meters would be permanently shadowed. So if you ever put water in that hole, it should freeze and remain frozen for all eternity.

Well, we don't have holes that have been dug at the poles, but we do have "natural" holes. These appear as humongous craters, like so. 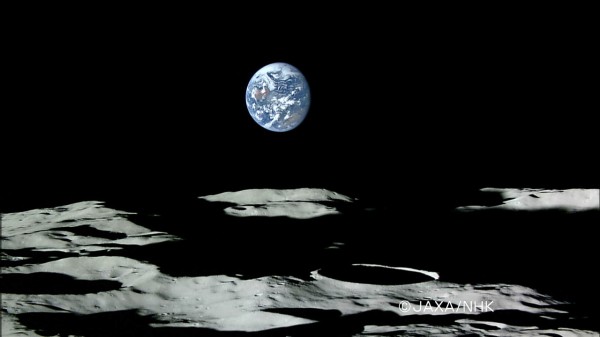 So, what did we do with LCROSS? We crashed it into one of these permanently shadowed craters, and looked at the debris plume that got shot up from the impact. If we find a huge amount of water, then we can infer that pretty much all of these permanently shadowed craters on the Moon are loaded with huge amounts of water, and will be for pretty much the next billion years. 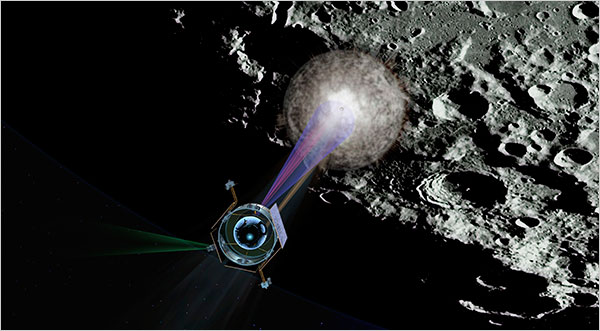 So, the fact that we found "a buttload" of water? That means the Moon's craters at the North and South poles are loaded up with reservoirs of water, and all we have to do is go there and claim it. Hooray for exploration! Hooray for space! And hooray for the Moon!

Considering that the moon's formation was a result of a Mars sized planet colliding off center of the Earth, was this the reason why the Earth has the axial tilt it possesses? I guess it's assumed that all planets are formed with no axial tilt and only through outside forces do they come to exhibit one. Further, is this also an explanation as to why the moon itself doesn't have an axial tilt? As it formed from the collisional detritus, it must have coalesced into a spherical body with almost no axial tilt. Is it possible it's 1.4 % tilt is a result of one or more accumulated collisions from the late heavy bombardment of the moon?

What'll happen is that when we get there we'll discover we vaporised the only actual water on the moon, which was from an old comet, or something :-)

John S. Wilkins, I don't think you have an appreciation for how big the moon really is. It is a huge fraction of the earth's size. There is bound to be water, and a lot more than one comet's worth. But, except for a deep, shadowed crater, it's going to be hard to find enough to justify a mission.

The cost to rocket-boost the amount of water we'd need for a colony would wreck said project before it even started.

The smiley face means he was being facetious.

Hi, John. You need to learn to promote yourself.

Uh, why did you photoshop giant pools of antifreeze into the craters in the first picture?

I love NASA's use of SI units to confuse. If the crater were 20m diameter, 5m deep then we have around 1.x10^6 kg of material (dens=2.5) containing "1 buttload", say 100kg, of water. Now that is around 61ppm. Not exactly a large amount and not so different than found previously for ion-implanted solar protons. My cynicism goes further because if you look at the actual spectra on the Lcross site, you'll see that 1) major adsorptions eg at 2um are very poorly fitted and 2) the middle of the expected 1.9 um water feature shows little to no adsorption. I'd like to see the major features fitted before assigning any value to fitting minor components. Maybe thats why it was announced at a press conference and not in a publication.
And "if you ever put water in that hole, it should" sublimate away??

Does the density of water (or anything) change with gravity?

Density doesn't change with gravity.
BTW while for some moon exploration projects the water is really good news, it blows for others, like when you're trying to do chemistry with moon dust and suddenly have to assume unknown but non-negligible quantities of water in the mix.

The discovery of ice on the moon is very exciting to me because I have developed and demonstrated an electrostatic separator that works on separating ice from ground basalt that simulates lunar regolith at -100 C.

It is a âtrueâ electrostatic separator, in that it relies on a static field and separates particles based on how they charge via contact charging. Ice charges positive and the various minerals in ground basalt charge negative (mostly, the ilmenite tends to charge a little positive too). We are using the separator to separate unburned carbon from flyash now. It only takes ~1 kwhr/ton to do the separation.

On the moon, the conventional method for recovering ice from regolith would be to put it in a retort and vaporize the ice. That takes ~2500 kwhr/ton. Separating the ice first and then melting it is a gigantic savings, it would save orders of magnitude in the mass of equipment needed to process ice at a certain rate.

#3 I don't know about JSW, but I know I didn't really have an appreciation for how big the moon really is. So I looked it up on Wiki and found:

Surface area is all land - so the moon actually has about 1/4 the land area that Earth does. That's a lot more than I would have guessed.

Cross-sectional area is also 7% of the Earth's, which means that the Earth viewed from the Moon's surface should be 13x bigger than the Moon viewed from Earth. Wow, that would be spectacular!

> So if you ever put water in that hole, it should freeze and remain frozen for all eternity.

Water, like everything, sublimates. So it will go away slowly. How slowly? This sounds like the makings of a fun order-of-magnitude estimation problem:

IF the water was a solid block of ice sitting in a crater, how quickly would it evaporate?

If we estimate the temperature of the water to be around -200 C (I can't see it being much colder than that on the moon) and I do a wild extrapolation of the water vapor pressure curve on wikipedia (http://en.wikipedia.org/wiki/File:Vapor_Pressure_of_Water.png), then I'd ballpark the vapor pressure at 10^-10 Pa (or 10^-12 Torr)

To evaporate a cm depth of water will take around 10 million years.

>then we can infer that pretty much all of these permanently shadowed craters on the Moon are loaded with huge amounts of water, and will be for pretty much the next billion years.

Yeah, a billion sounds about right. From the above calculation, in a billion years (at -200 C) the thickness of the block of ice would decrease by about one meter. So whether or not you'll have water for the next billion years depends on how big your starting block was.