Weekend Diversion: Who's your Halloween Hero?

"If human beings had genuine courage, they'd wear their costumes every day of the year, not just on Halloween." -Doug Coupland

Halloween is just around the corner, and there's no better song to listen to for the holiday spirit than Warren Zevon's classic,

Werewolves Of London.
Those of you who've been hanging around for the last year or two (or maybe just took a glance over at my profile photo) might have gotten an inkling that it is, in fact, my favorite holiday. (Those of you with modest google-fu skills will find all kinds of evidence supporting that fact.)

I always take pride in putting together a new, amusing costume, but I have a long way to go before I can measure up to my halloween costume hero. And just who is that? 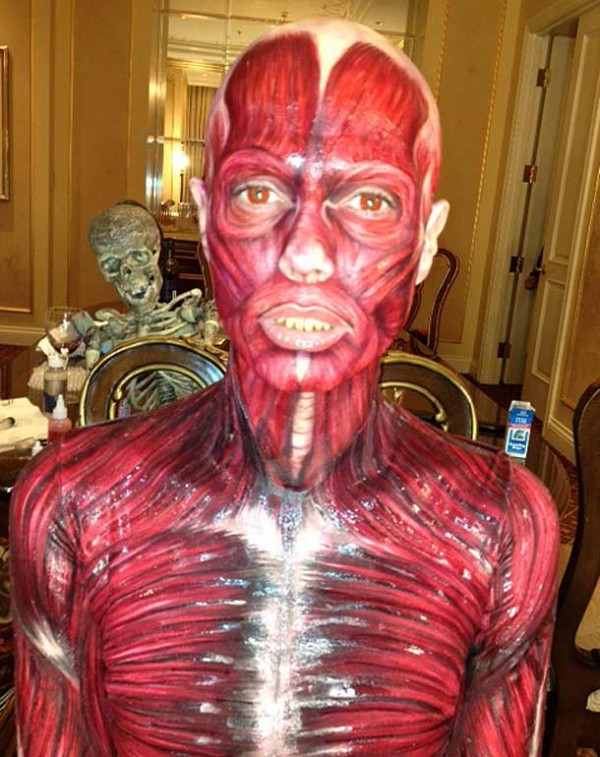 Heidi Klum, shown in her 2011 costume, above. (What, you were expecting a scientist?) Every year, all sorts of people come up with incredible, one-of-a-kind costumes, but no one gets me looking forward to their creativity like she does. 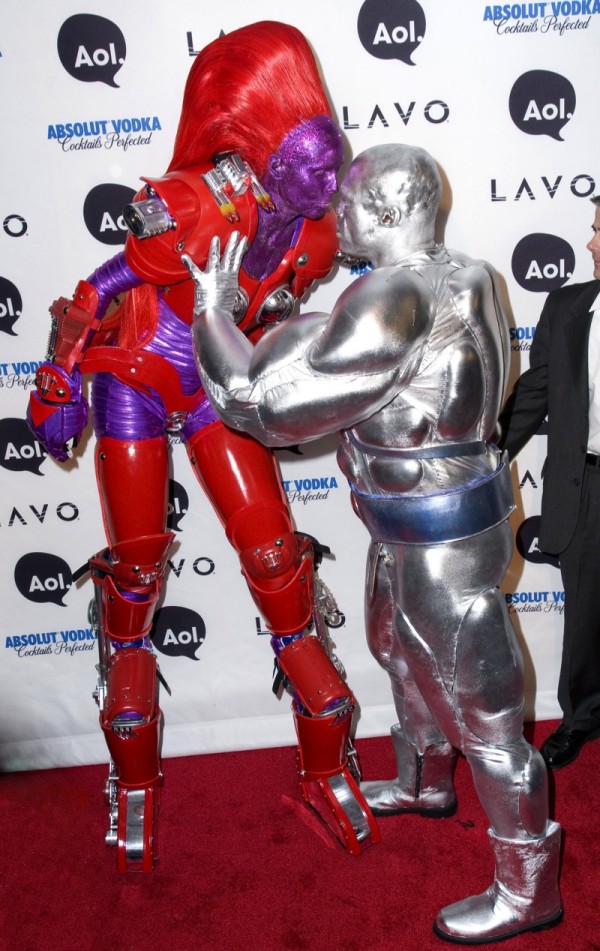 Technically Heidi Samuel (with husband, Seal, above, in their 2010 costumes), one of the things I absolutely love about her costumes is -- in every photo I ever see her in -- she looks like she's simply thrilled with what she's come up with. 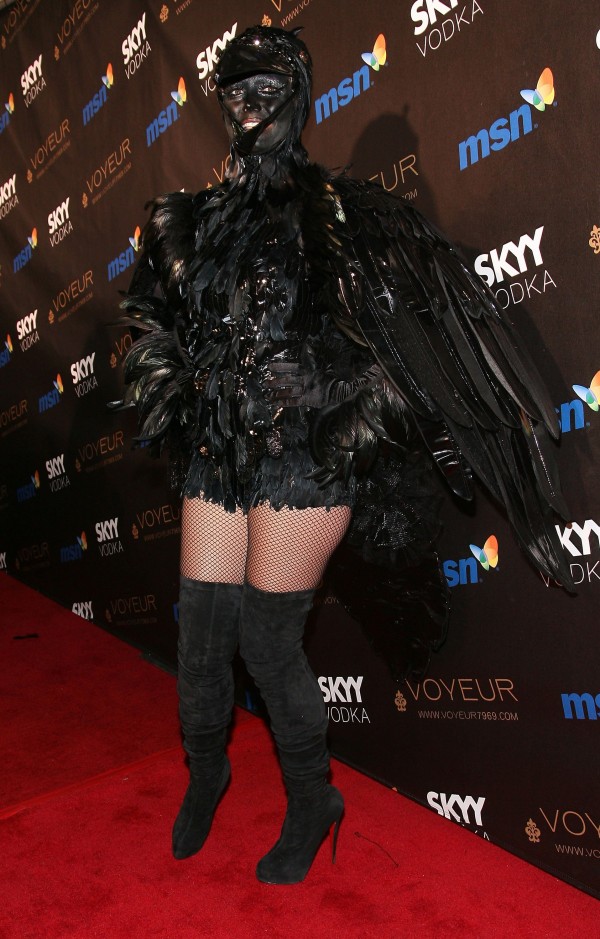 And I genuinely think that -- although she is an international celebrity, model, TV show host, etc. -- she doesn't care whether anyone else likes her costumes (like her 2009 crow costume) or not; they amuse her, and that's why she does it.

I've always been a fan of creative costumes, but Heidi really won me over -- and made a lifelong fan out of me -- with perhaps my favorite thing she's ever done in 2008, when she dressed as the Hindu goddess, Kali. 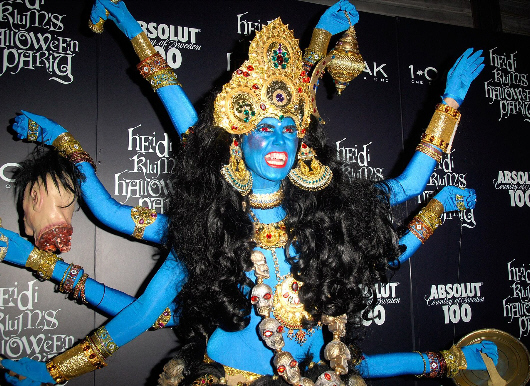 Perhaps someday, I'll have the time, money, and makeup team to pull off something like this. But until that day comes, I'll do my best to do justice to my favorite of all the holidays!

So, I've got a nearly two-year-old beard, now, and you can bet on me being decked out all day tomorrow. Any guesses as to what's on its way (or what you'd like to be on its way) this year? Go ahead and take a stab at it; we'll collapse the wavefunction tomorrow!

what do you think of this? http://www.physorg.com/news/2011-10-nature-laws-vary-universe.html

âMy beard grows down to my toes,
I never wears no clothes,
I wraps my hair
Around my bare,
And down the road I goes.â

Maybe you're going to dress up as the guy in this Shel Silverstein poem...one of boy's (and mine) favorites! Wish I knew how to post the picture up here!

Yes, enjoying life and not worrying what other's think is key.

While I love Warren Zevon's "Werewolves of London", my favorite halloween song has to be Mike Oldfield's theme to the exorcists "tubular bells"....
http://www.youtube.com/watch?v=04EShclPAa0&feature=related
sweet dreams.

I love those costumes.. they look great. And that one on the first picture makes my hair stand.
My halloween hero would be Blossom from Power Puff Girls.

My Halloween hero would be Dora. Haha
She's so adventurous and she always help those who are in danger.

If I were given a chance to choose a perfect design for the Halloween party, I would prefer to wear a 'Plants and Zombies'.... ^_^

One of my dreams is to wear like this and take a picture. Isn't that simple dreams? :)

Anyways, If I were given also a chance to choose a design for this event, I would prefer for Fairy tales like Cinderella. :-)