Weekend Diversion: Party with the Stars (and me)

"If the stars should appear one night in a thousand years, how would men believe and adore, and preserve for many generations the remembrance of the city of God which had been shown!" -Ralph Waldo Emerson

If you're a regular here, you're no doubt more connected and interested in what lies beyond this world than most. But how often do you truly get to experience the wonder of a dark night sky for yourself? Like a great many of you, I live in the city, and in a particularly cloudy, overcast part of the world. During much of the year, it's far too cold to be out stargazing, and for perhaps the past nine months, as the Greencards would sing, I've been

Waiting on the Night.

But with warm summer nights ahead, a reliable clearing of the Portland clouds coming in a few weeks, and fabulous, dark skies waiting for me far outside of my city, it's time to embrace the beauty of the night. 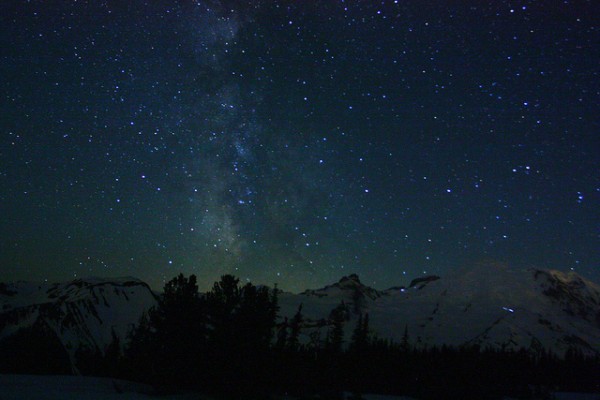 What better way to celebrate this than with a group of people who share the same enthusiasm for it that you have? They come from all walks of life: some take an interest in astrophotography, 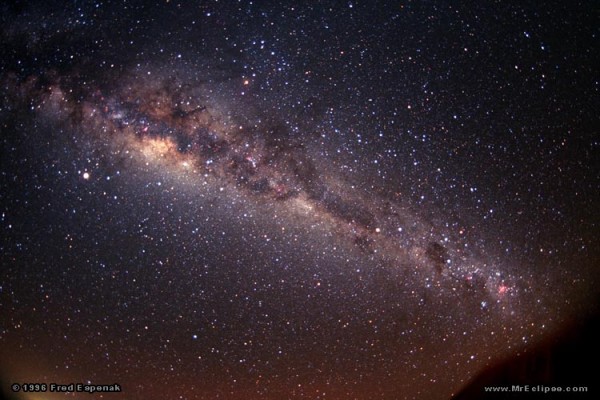 some in gazing through the eyepiece of a guided telescope they're particularly fond of, 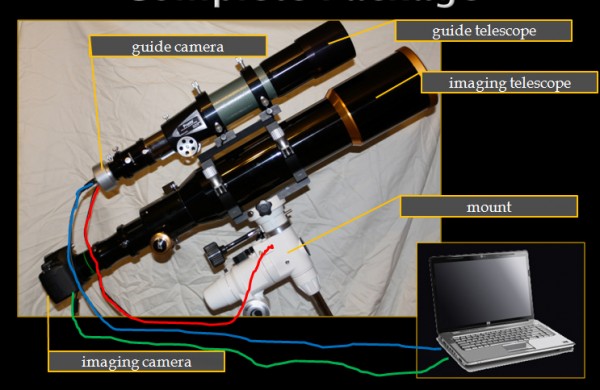 others prefer smaller scopes or binoculars, perfect for wide-field viewing or simply hopping around to different targets, 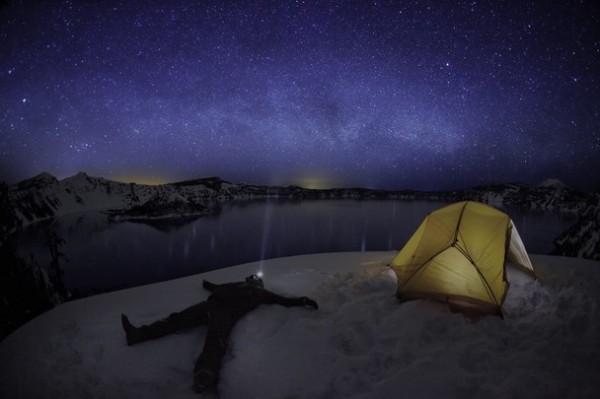 while still others just bring their naked eyes, enjoying all the wonders a dark sky has to offer.

Well, for those of you in my neck of the woods, there's a star party happening out at Timberline Lodge on July 13th (near the base of Mt. Hood), starting at 8:30 PM, and I'll be there! It's free, and I'll be joined by other professionals such as Todd Duncan and Doug McCarty, and you can come, too! Here's how to get the most out of it. 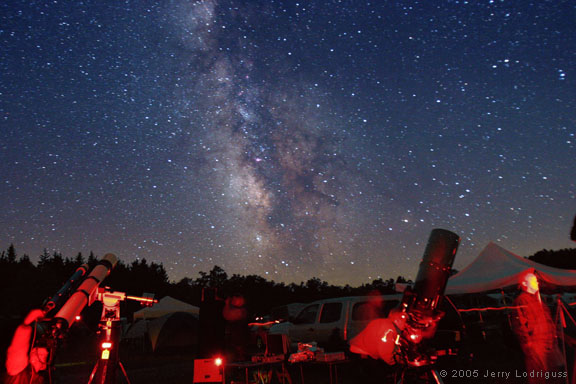 Star parties are fantastic places to get to know and meet your local amateur astronomy community. I use the word amateur very loosely here, because practically every amateur astronomer is more skilled with a telescope and their own particular equipment and instruments than many professionals would be, including me, by a wide margin. But every one I've met in person has been incredibly kind, generous, and more than willing to offer me a look through their eyepiece(s) at their favorite targets.

So you might be wondering, on that night, July 13th, what are some remarkable things to look for? 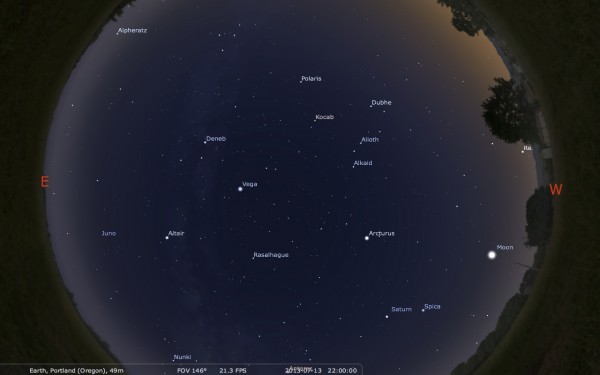 For starters, there's a nice crescent Moon in the early part of the night, and you should be able to get an excellent view of the craters along the terminator (the night/day border) until about 10:30 PM, or even a little later if you've got a clear western horizon. 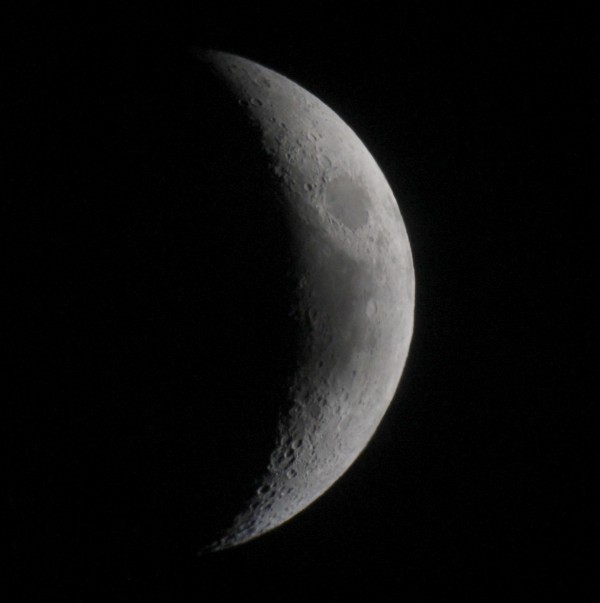 The planet Saturn is also up; a bright yellow color just to the east of the bright blue star, Spica. You'll be able to see the rings if you can do better than about 15-20x magnification, and if you've got even a 4" aperture, you might be able to spot Saturn's largest moon, Titan, just a handful of ring-radii away. (Of course, larger apertures and higher magnification give you greater details as a reward.) 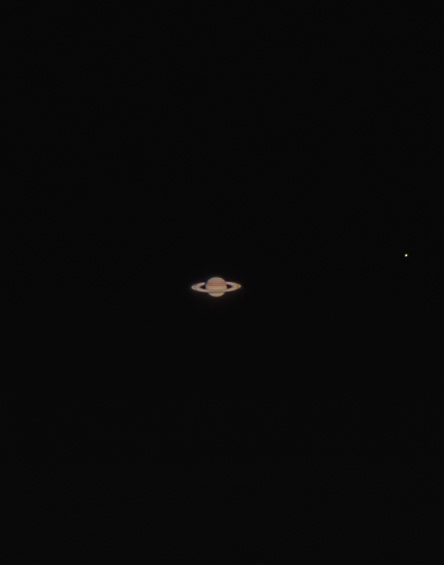 Once the Moon goes down, if both the amount of light in your surroundings and the clouds cooperate, there's an excellent chance you'll get a spectacular view of the Milky Way, one of the joys of a dark summer sky. 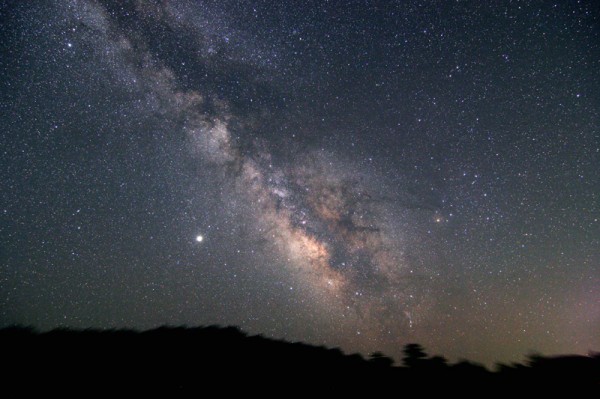 But one of the great joys of a star party are all the deep-sky objects you get to marvel at. We've been surveying a great number of them here once a week on our Messier Mondays, and we've covered 35 of them so far. But there are three places I'd like to point your toward in particular, because they're great places for finding some amazing sights in the night sky. 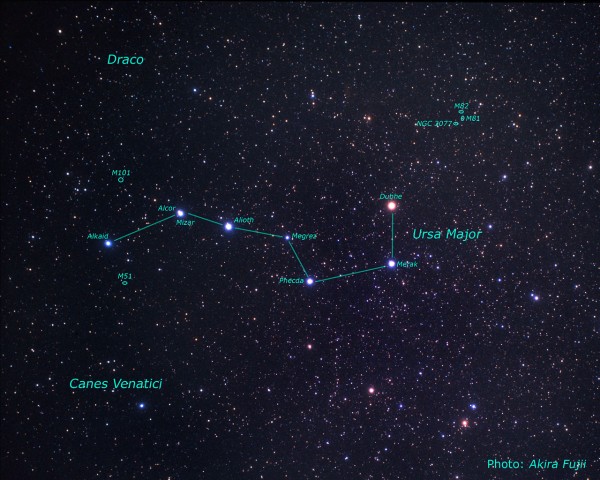 1.) The Big Dipper. A number of fantastic sights await you here, if you know where to look. The second star from the end of the handle, Mizar, can actually be split into 2, 3, 4, or even up to six stars depending on your equipment's quality. The great face-on spirals Messier 51 and Messier 101 (the Whirlpool and the Pinwheel) are here, as are the interacting Bode's Galaxies, Messier 81 and 82. If the sky is dark and clear enough, you can also find the Owl Nebula, one of the most remarkable planetary nebulae in the night sky. More info is available on deep-sky objects in the Big Dipper in this redux, here. 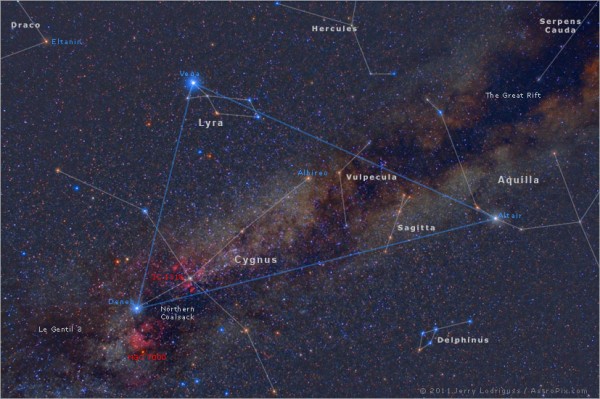 2.) The Summer Triangle. These three bright stars Altair, Deneb and Vega are unmistakeable, high overhead in the summer night sky. But the plane of the galaxy cuts right through this asterism, leaving it rife with deep-sky objects and other fabulous sights. This includes Albireo, one of the best double stars to view, Brocchi's cluster (the famed "coat-hanger"), globular clusters Messier 56 and Messier 71, brilliant, bright planetary nebulae the Ring Nebula and the Dumbbell Nebula (much brighter than the Owl), and star clusters Messier 29 and NGC 6910, among others. Hop around and enjoy what's there! The Big Dipper and the Summer Triangle should be visible from sunset into the early hours of morning, so look for them at any time.

And for those of you looking for a really deep-sky treat... 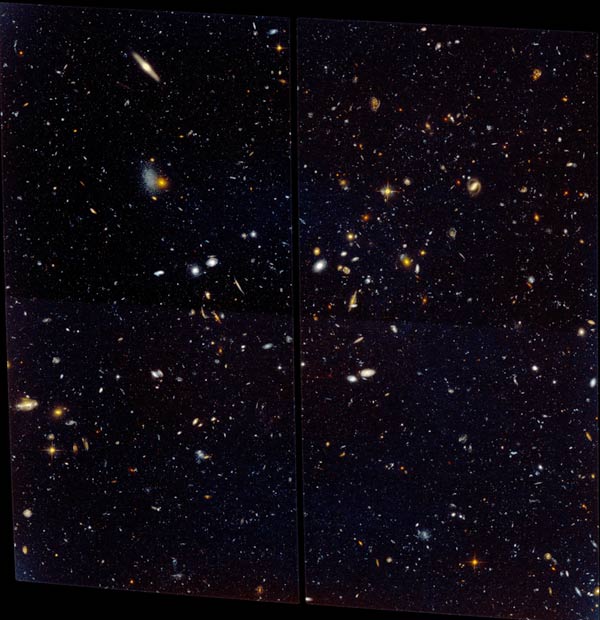 3.) Find the Virgo Cluster! With more than a thousand galaxies concentrated into a region just a few square-degrees on the sky, there are bright, giant spiral and elliptical galaxies for you to view once the Moon sets. Here are a couple of methods to get there, although if you just look to the west of Spica and poke around, you might have more fun seeing what turns up!

The last things you need to know for a star party? Simple etiquette. 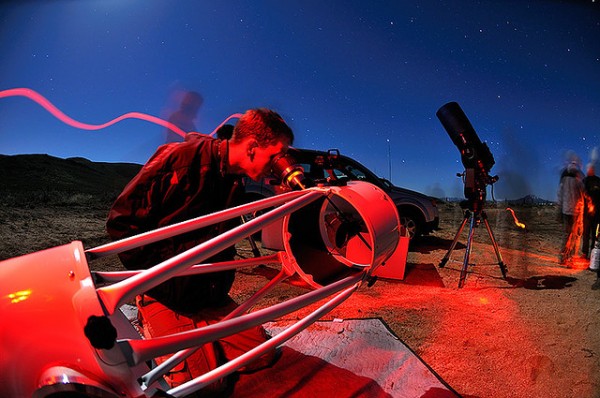 Bring layers, bring blankets, bring food. Bring a chair; if you've got heavy binoculars, bring a lounge chair. Bring a light, but either get a red one or cover your flashlight/headlamp with translucent red film. (Red light will preserve your night-adapted vision; white or blue light will temporarily wreck it for everyone!)

So come one, come all! I'll be happy to talk about whatever deep-sky topics you want, when I'm not busy taking in the same wondrous sights as all of you. Find out more information about the event here, and let's make it a great one!

I love this time of year! Star parties are great because often I'm outside with my telescope, late at night and alone, WISHING I could share the amazing views with everyone! Also, it's nice not to feel like a serial killer is lurking in the bushes waiting for you. It's always more fun with people who share your passion.

I went to my first star party, run by our local astronomy club about a month ago. I brought kids, and they especially enjoyed seeing Saturn. And yes, everyone was super friendly and eager to show the newbies cool stuff.
What struck me was that although the apparent magnification of Saturn in the more professional scopes were about the same as my cheaper, mass-produced one, their optics were sooo much better. I realized I need to invest in some good lenses.

Ah, Mt. Hood, I spent a couple of years in Portland when I was in the Air Force, that was a long time ago, it's a pretty city, pretty girls too, city of Roses, some of my buddies married girls from there.

Where's the closest place to the San Francisco Bay Area, where these types of get-togethers are going on?

Living in the brightly-lit city, my view of the night sky is washed out by background light, and the most interesting objects we typically see around here are the Moon, Venus, airliners coming in to land at Oakland airport, and the occasional Air Force jet streaking overhead.

But a few years ago when I went out to visit a friend in a very rural place inland, the view of the night sky was just amazing. The Milky Way was very visible. "Billions and billions of stars," utterly awesome.

Re. Saturn: The first humans to get a clear view of the rings were probably amazed and puzzled. If I was looking at an image like that, and only knew that the Moon orbits the Earth and planets orbit the Sun, the first explanation that would come to mind is something like a pulverized moon that spread out evenly around Saturn's orbit.