"[F]or those of us who can't readily accept the God formula, the big answers don't remain stone-written. We adjust to new conditions and discoveries. We are pliable. Love need not be a command nor faith a dictum. I am my own god. We are here to unlearn the teachings of the church, state, and our educational system. We are here to drink beer. We are here to kill war. We are here to laugh at the odds and live our lives so well that Death will tremble to take us." -Charles Bukowski

Making sense of our existence is one of the most daunting tasks -- should we choose to accept it -- set before any creature of sufficient intelligence. The Universe came a very long way before we could be here, and has even farther to go before it's completed doing all the things its going to do. We get to choose how we spend our time here, to choose whether we're good to each other or not, and how we live each moment. And even the best of us make regrettable choices from time-to-time, as the Chieftains remind us in their rendition of the country classic,

Here's the thing. This is our world today. 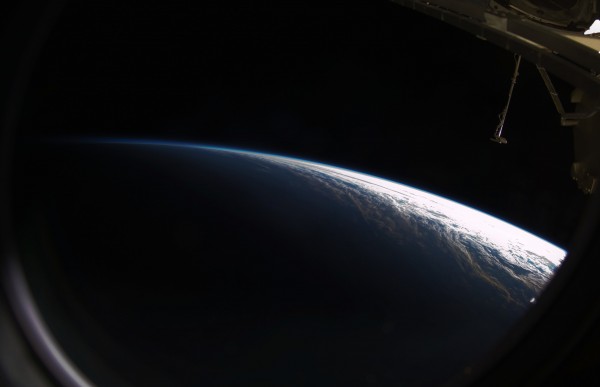 And if we go back far enough in our Universe, there was nothing we'd recognize. 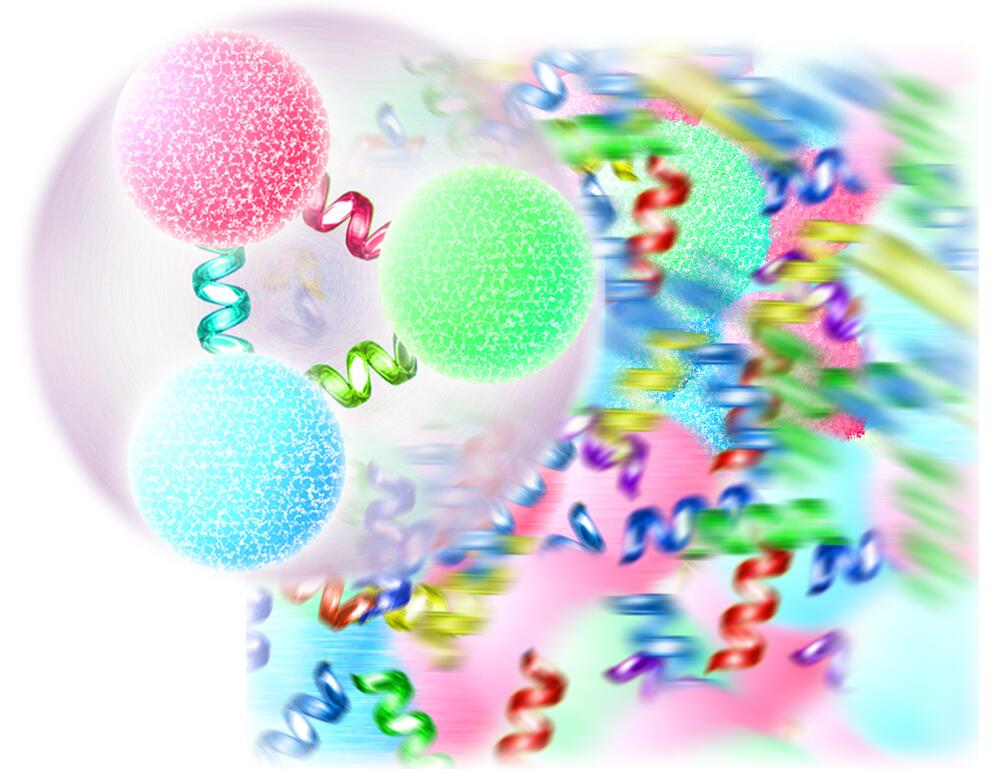 It took an incredible expansion-and-cooling of our Universe to be able to form the first, stable protons and neutrons (the building blocks of all atomic nuclei) that would remain in existence for more than a fraction of a second. 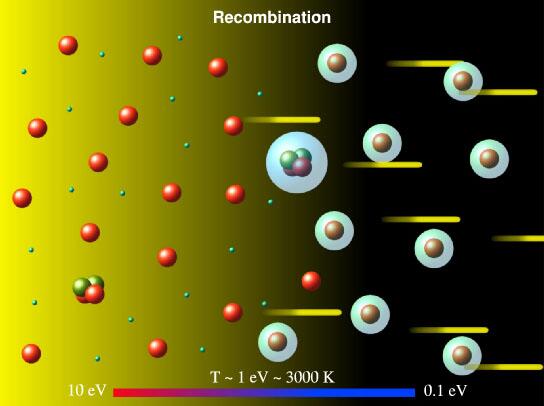 Image credit: Ned Wright and Will Kinney, via http://ned.ipac.caltech.edu/.

It took hundreds of thousands of years beyond that to even create the first neutral atoms, the fundamental building block of everything present in our world. And even then, it was practically all just hydrogen and helium. 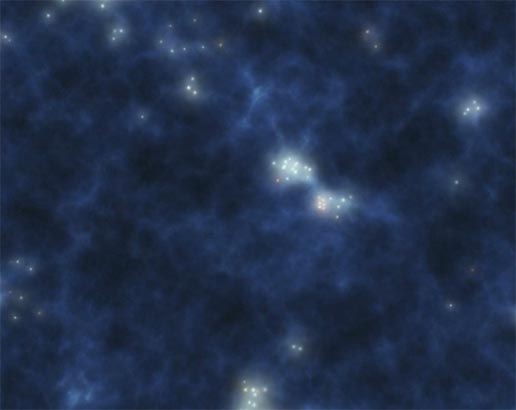 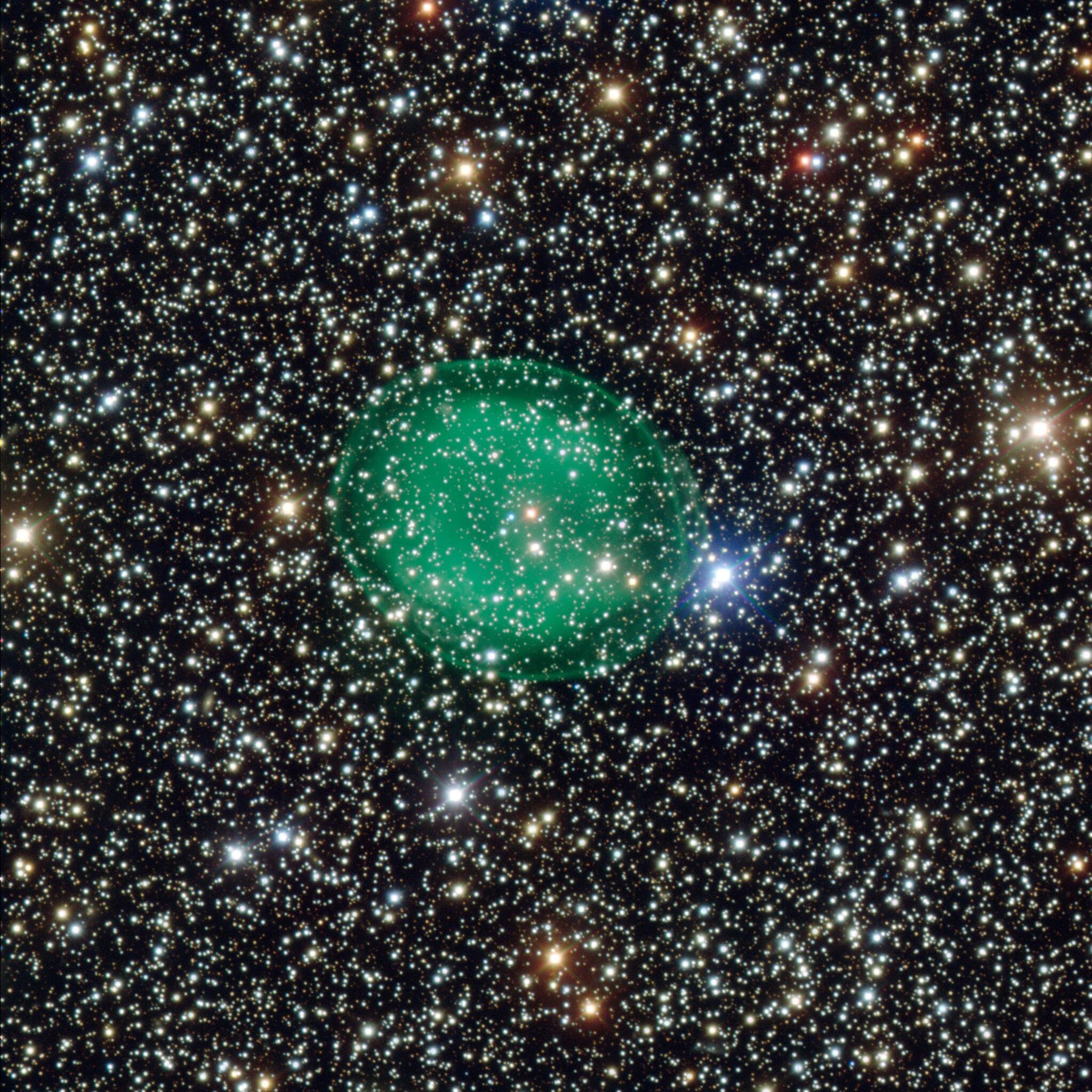 Image credit: ESO with the VLT, of planetary nebula IC 1295.

And even then, there were only stars and gas; without any heavy elements, there were no planets, no rocks, not even any complex molecules. But generations of stars lived, died, and from their fiery cores, heavy elements were sent out back into the Universe. New generations of stars and star systems formed, replete with the full complement of elements from the periodic table. 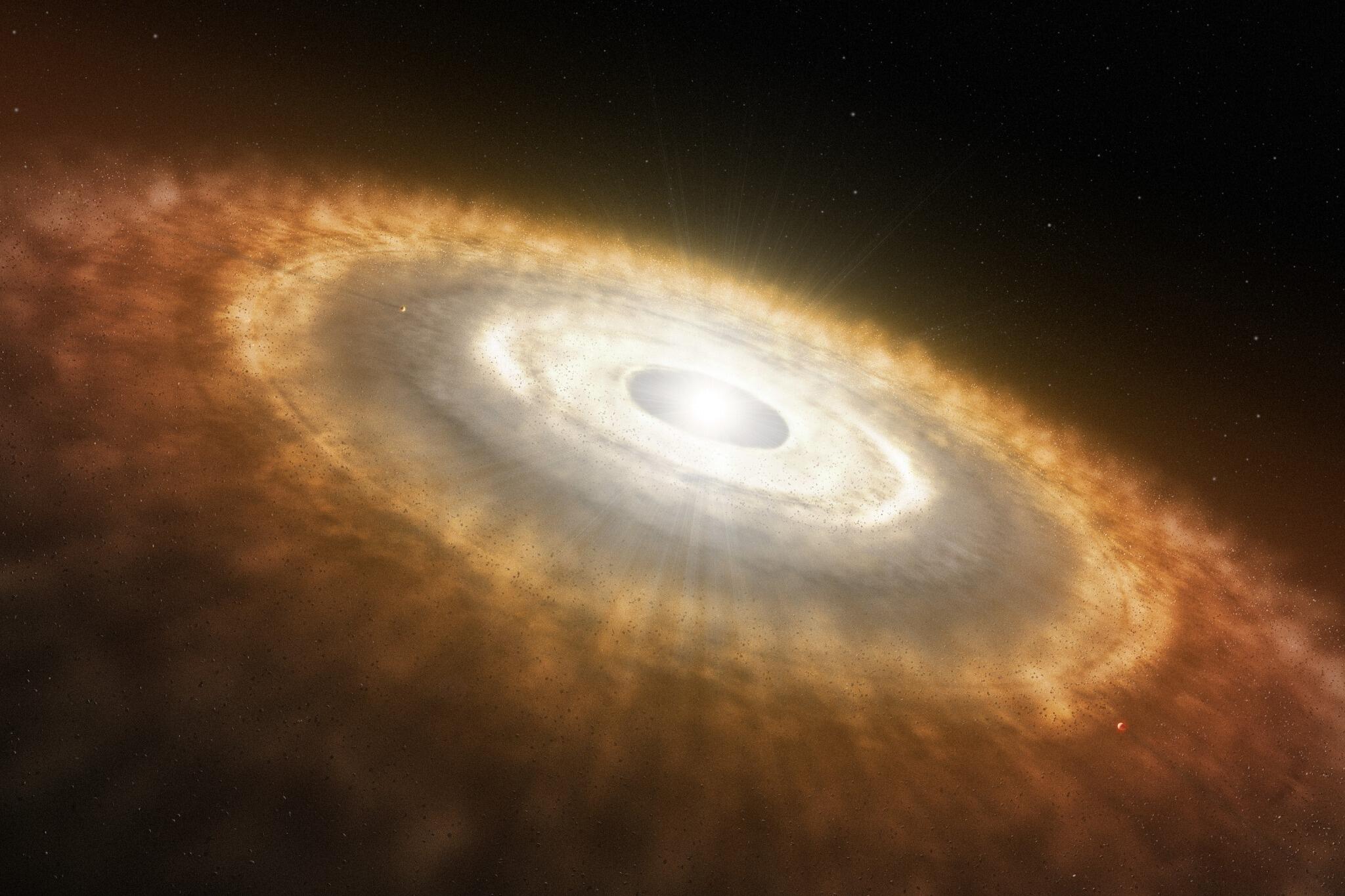 Over time, heavy elements became more and more common. The star systems that formed billions of years later found themselves in mature galaxies, surrounded by complex molecules and structures, with gas giant planets and smaller, rocky worlds, too. 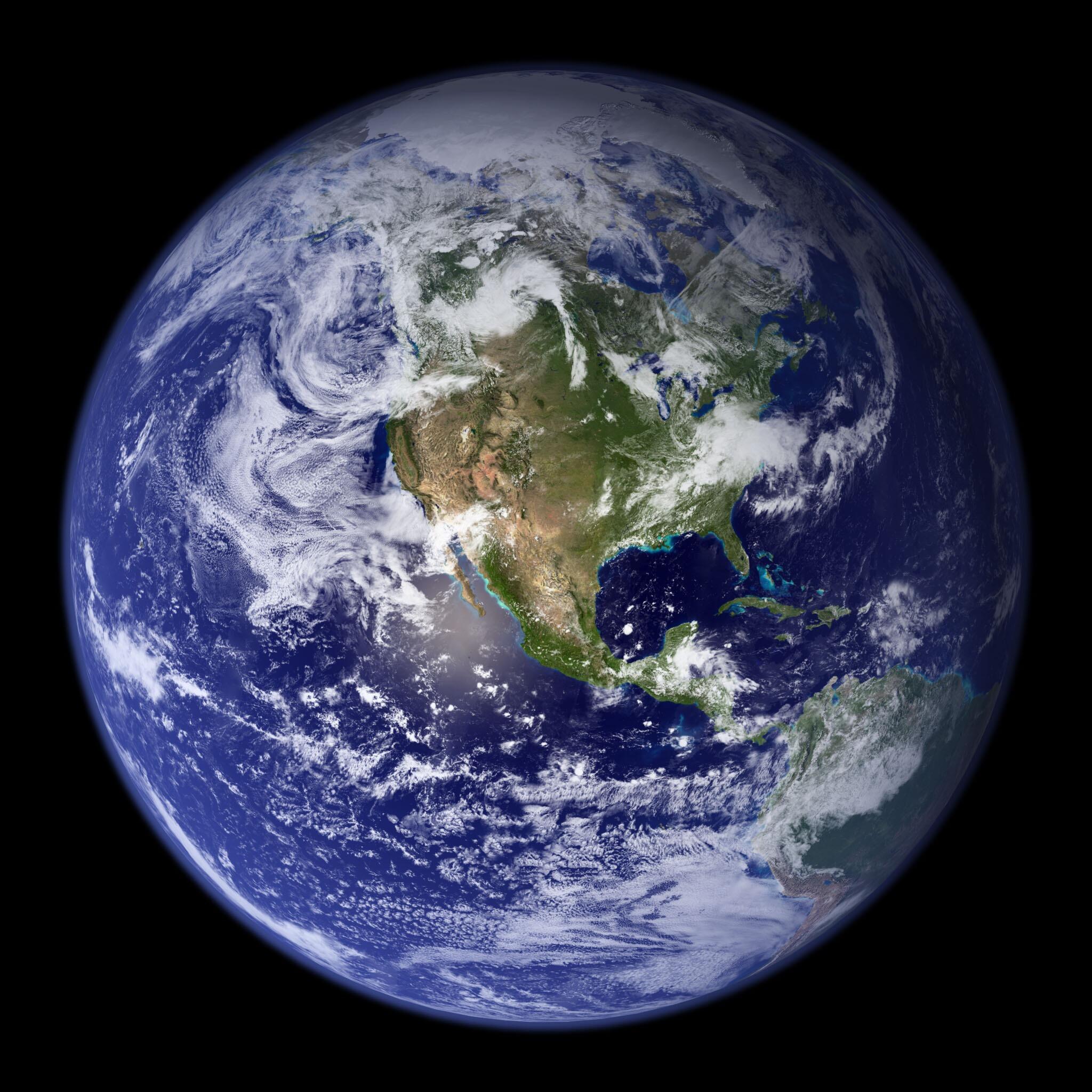 And around one of them, one planet formed on which life took hold, replicating, mutating and diversifying. The lifetimes of the simplest creatures were very short, lasting hours at most, while after billions of years, more complex creatures evolved, living days, weeks, months, years, or for a rare few, many decades or even a few centuries. 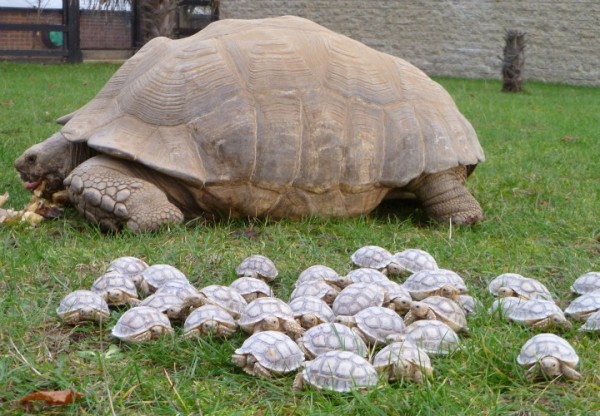 Here's the thing: this world isn't about you or me, and the Universe certainly isn't either. Each one of us is a Universe of atoms, atoms that are constantly being replaced and recycled over time, existing in our current form, with our minds and consciousness, for only a brief time. We are born with the great tragic truth that all of our existence and experience will be of just a tiny fraction of the Universe, tremendously limited in scope and time. 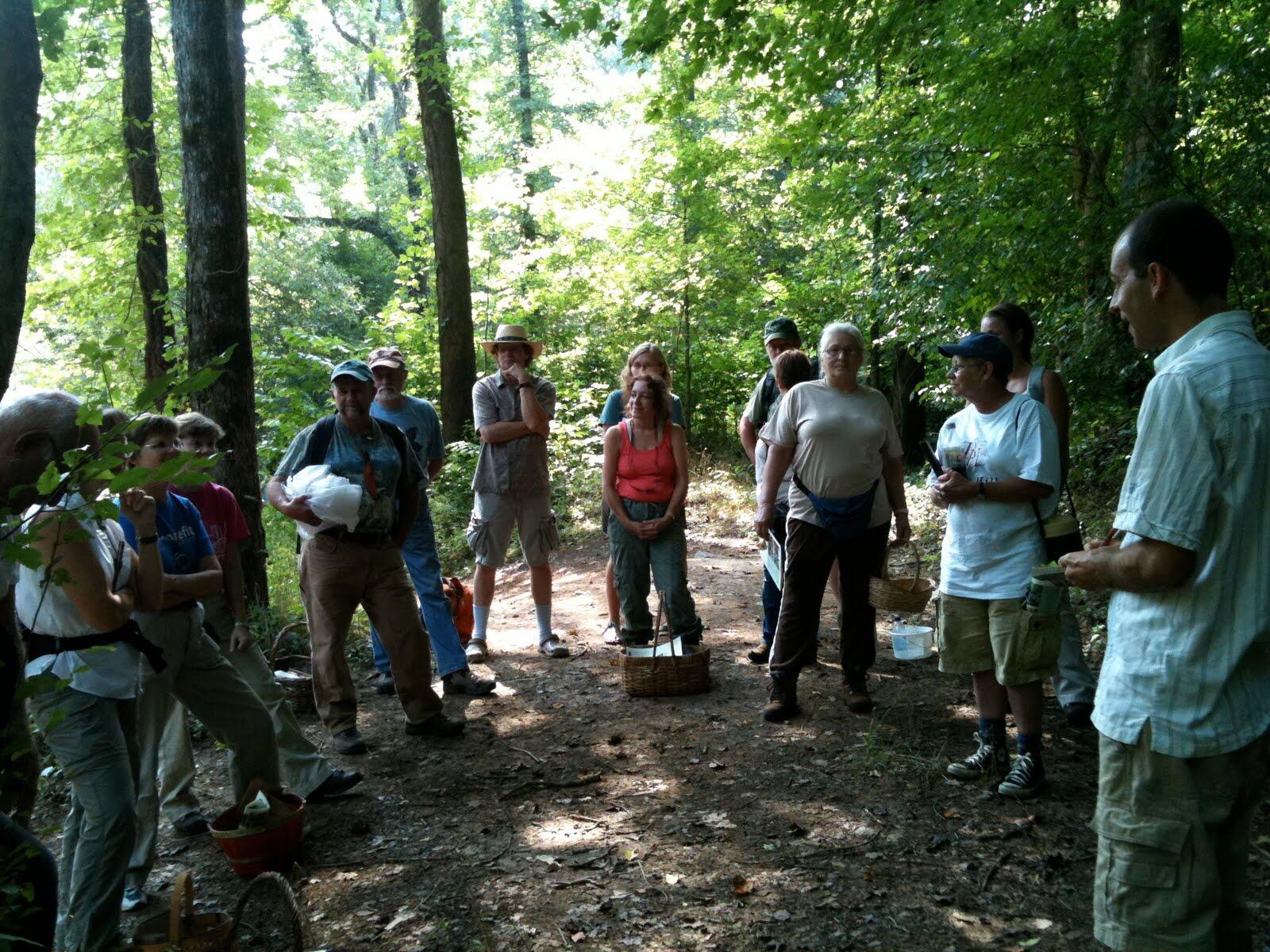 And that fact, that one simple fact alone, should be reason enough to be good to one another. To be good to the world, and to be good to all the future generations yet to come. We are a small species, and even smaller as lone individuals, but we're capable of great things as a whole. They can be things of great evil if we're careless, if we're cruel, or if we're thoughtless, but they can also be things of great achievement, great joy, great kindness, and great fulfillment, if we do it right. There are no two of us identical to one another, even those of us with identical genetic fingerprints, but our journeys all begin, intersect, and end here on Earth. (At least, so far.) And our journeys are short, and full of adversity. Regardless of what anyone else thinks, says, believes, or does with themselves, this is a truth universal to any human that's ever lived. 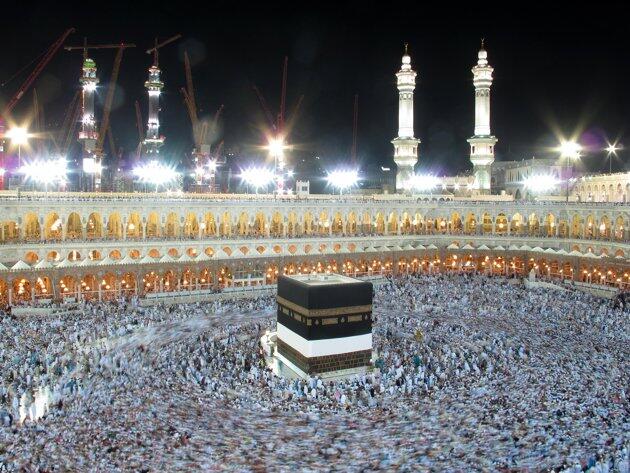 So be good to each other, be good to the world, and be good to yourself. The very fact of our existence should be reason enough for that.

Well said Ethan, and thank you

If a singularity is infinite in mass how can there be a variation such as: a black hole is hundreds of millions or billions time the mass of our sun?

Steve@5 The black hole has infinite density because it's mass is compressed to a single, dimensionless point. It has a fixed and measurable mass, but since it has zero volume, that equals infinite density.

Physical laws that apply here do not apply long before you get singularity.

A lot weirder than you'd thought.