“What you do is, you have your drawing board and a pencil in hand at the telescope. You look in and you make some markings on the paper and you look in again.” -Clyde Tombaugh, discoverer of Pluto

We often make a big distinction between professional and amateur today, and very rarely expect to find amateurs whose contributions to a major scientific enterprise will change the field forever. Yet back in the 19th Century, even astronomy and physics -- arguably the most developed of the sciences at the time -- had room for pioneers from all walks of life. 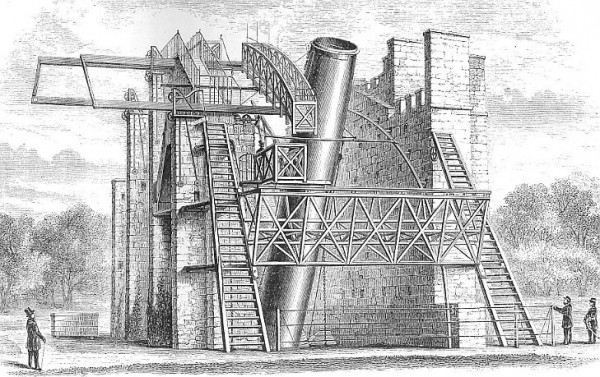 While huge, professional telescopes like the Leviathan of Parsonstown (above) allowed for humans to finally see the spiral structure inherent in some of the deep-sky nebulae, there were limits to what could be observed with the human eye, no matter how powerful the instruments that aided it were. It would take a new technique -- the combination of astronomy with photography -- to truly take the next step in our understanding of the Universe.

And while there were plenty of professionals who contributed mightily to this, it was an amateur who forever changed the way we view the skies. 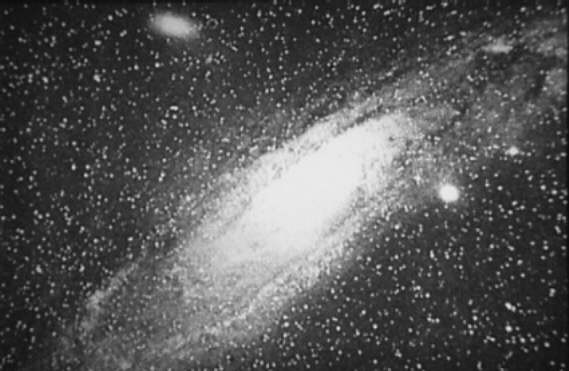 Come read the amazing story and contributions of Isaac Roberts, the greatest amateur astronomer of all-time!

Messier Monday: Andromeda, the Object that Opened Up the Universe, M31

"We find them smaller and fainter, in constantly increasing numbers, and we know that we are reaching into space, farther and farther, until, with the faintest nebulae that can be detected with the greatest telescopes, we arrive at the frontier of the known universe." -Edwin Powell Hubble With 110…

Weekend Diversion: Party with the Stars (and me)

"If the stars should appear one night in a thousand years, how would men believe and adore, and preserve for many generations the remembrance of the city of God which had been shown!" -Ralph Waldo Emerson If you're a regular here, you're no doubt more connected and interested in what lies beyond…

"Upon one occasion, while engaged upon a seven-foot mirror, he did not remove his hands from it for 16 hours together." -from Caroline Herschel's obituary Welcome to another Messier Monday here on Starts With A Bang! Each Monday, we highlight a different one of the 110 deep-sky objects that Messier…

The current advances in astronomy are really fascinating because it boggles the mind . Humans are curious by nature and science fuels that curiosity. Looking at the cosmos through a telescope is a real delight for people who enjoy exploring .
The best thing about telescopes is that they allow us to see further than the naked human eye can see. The cosmos is a really exciting part of our galaxy.

For years humanity has often wondered how the universe is and then experimentation with telescopes, our desire to know more fuelled our quest for knowledge.It is really awesome to live in a technologically advancing era in terms of telescopy and astronomy.

Im in awe at how the field of science has grown and developed over the years and it's all thanks to humans who have been ranked as so called "amateurs" that worked hard and dedicated their time to give some very valuable contributions. Focusing on astronomy in particular, we know Galileo's Telescope was one of the first telescopes to be made in the 1600s. Since then a number of telescopes have been developed and improved upon in terms of resolution, magnification, field of view and etc. Nowadays telescopes can take photographs and even video clips, making data collecting easier and more accurate, also more interesting in a sense that the sky becomes more lively and therefore more interesting to analyse. Its through such developments that new discoveries have been made and even more will be made in future since evidence that the universe continually expanding has been provided, showing that indeed it is evolving. An example of such developments is the latest SKA which is a concept telescope that is in the process of being manufactured. The SKA is said to be one that will aid in discovering new groundbreaking data about our universe. Im definitely eager to see what it will bring.

Thanks for pointing out the work of Roberts.

Why is it that you refer to Lord Rosse as a professional astronomer, rather than a wealthy amateur? At some point, I suppose, there isn't much distinction, really, but as far as I know, Rosse wasn't employed by some body to do astronomy. Was he?

Astronomy is the exciting profession, which needs to be promoted. New astronomical discoveries can really help to our current climate conditions.

Did not know about Mr. Roberts either. However, sad that the picture attached to his greatest advancement is of a Questar telescope, WITHOUT the optional piggyback camera mount accessory. Also, as I happen to have that same telescope, and also the piggyback mount, it's one of the worst examples of piggyback astrophotography, as the telescope's mount has not been designed for the additional weight of a camera. Attaching a camera there throws the whole thing out of balance, and that makes the concept quite bad.

Advancements in technology are growing exponentially as is our understanding of the universe. It's exciting to see that anyone can contribute to the sciences, all it takes is a bit of initiative and curiosity.

Imagine how our curiosity would have build up if the use of telescopes for viewing our galaxy, never had been developed. We would have been so uninformed about our solar system and our galaxy. In 2008 I had the privilege to see Saturn's rings through a telescope. Everything was happening in slow motion as I observed that indescribably beauty of the planet. After that I had a greater understanding of what the planet looked like. To think that without a telescope that would have not been made possible and I probably would still wonder what our galaxy was like. I think we tend to forget what contribution the development of the telescopes made to astronomy. I'm also curios to see what the evolution of telescopes in the future will contribute to the astronomy as well as the astrophotograpy.

Did you know that the SKA will be so sensitive that it will be able to detect an airport radar on a planet tens of light years away.

In fact, Galileo's telescope was not even the first to gaze into the heavens. That accolade goes to the English man Thomas Harrlot. In 1609 most Europeans accepted the Roman Catholic church's account of creation, which placed our planet in the center of the universe. Galileo's telescope overturned this idea by allowing the scientists to observe moon like phases in the planet Venus, which could only be explained by a sun-centered solar system. Galileo likwise discovered that Jupiter was orbited by its own moons.

Scientists provide a new insights about objects such as galaxy clusters, pulsars, and supernova explosions and perhaps yielding unprecedented images of the first stars and galaxies ever formed in the Universe, according to astronomers at the Naval Research Laboratory (NRL) in Washington, DC. The scientists are planning a next-generation, low-frequency radio telescope called the LOFAR that will remove certain technical obstacles to provide unique information about celestial objects.