Ask Ethan #45: How deep does the Multiverse go? (Synopsis)

“Think left and think right and think low and think high. Oh, the thinks you can think up if only you try!” -Dr. Seuss

For almost a year now, you've all been sending in your questions and suggestions to me, and I've been picking my favorite one of the week for Ask Ethan, our weekly Q&A series. This week, though, the question goes a little deeper than I'm used to taking on. 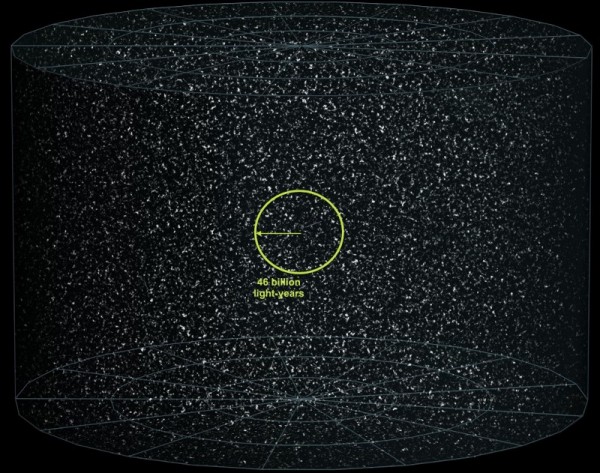 Our observable Universe goes on for 46 billion light-years in all directions, but what's out there beyond what we can observe? Yes, there's more Universe like ours, but then there's more that isn't like ours at all: the multiverse. What's that like, and how is it similar/different from where we live? 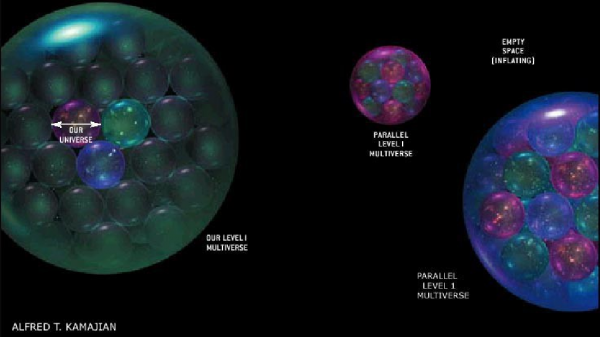 Come find out, and learn how deep the multiverse goes!

Great article, Ethan, especially clarifying the difference between the different definitions/levels of "multiverse"!

My understanding is that the multiverse is an Occam's razor motivated interpretation of current physics theories, but it is not known whether it is falsifiable or not (even with arbitrarily advanced technology). If it turns out that it is not falsifiable, then we will never know whether it is "real" or not, correct? Which is another way of saying it may not be "real". In particular, it is conceivable that somebody in the future will come up with a more plausible interpretation which does not invoke multiple universes, and we will never be able to distinguish between these interpretations experimentally. Right? So, what does it really mean to say that the multiverse is "real"?

Ethan, is it possible to explain where this comes from:
"also that the Universe doesn’t double back on itself like a closed surface."
I get that if it does curvature or cyclic structures that are comparable in size to the 46e9 LY size, we should find evidence, but on a scale orders of magnitude larger than that, what constraints on the geometry seem plausible?

"we’ve seen different regions where that’s happened in our observable Universe and the constants are no different!"

I don't know that it refers to, unless it has something to do with Higgs top hat symmetries. Can you give references?

The way BICEP2 shakes out (or not), it seems very difficult to have a multiverse type 2. (I.e. your orange symmetry breaking curve doesn't seem to exist.)

@Rus: "Falsifiable" is one of those maddening simplified ideas of philosophy.

Testing, as in measurement theory, tells us if something works or not. You may change parameters, but morally you have another theory that may then work or not work, and so on. You may still have competitors, e..g. general relativity is assumed to eventually be replaced (or extended) by quantum gravity. But that is _their_ test problem. =D (I.e., naive "falsification" isn't the whole of it, even if it would be the same as testing.)

I would say that Weinberg's prediction of the cosmological constant implies multiverses are testable. E.g. if the multiverse allows for cc changes, such a multiverse passed a test.

However, we can't derive such a prediction from inflation. Technically your claim is on the money, we don't know whether an inflationary universe has to be of the required "type 2". In fact, current observations (BICEP2 FWIW; I don't understand Ethan's post here) seems incompatible with it. E.g. the potential is the simplest possible, and we don't know if there are other potentials with slightly varying potential heights (different remaining vacuum values).

Else, if inflation started once, it should have started many times. Only a very finetuned process would have single outcomes. It is each chaotic set of disconnected regions that share physical laws, if the inflation field is simple. But there may be a set of valid inflation fields, and then quantum mechanics would ensure us every one of them is ongoing.

"In particular, it is conceivable that somebody in the future will come up with a more plausible interpretation which does not invoke multiple universes, and we will never be able to distinguish between these interpretations experimentally. Right? So, what does it really mean to say that the multiverse is “real”?"

Oh, I don't know. In biology phylogenies are often not fully resolvable, but still real.

I would be very careful with "even with arbitrarily advanced technology".

I mean, what we do now is pure divine god-mode in comparison with cave people. And that's only some 100k years. Lest not forget that our theories are only 100 or so years old and we've overcome the problem of manually counting beads only some 70 years ago. So...

It might very well be that some multiverses simply don't exist, and some that even in principal (if no new physics) can't be tested. For one, the QM multi-world interpretations that treat phase space of results as a real physical thing, I personally don't believe they physically exist.

But on the other hand, inflationary multiverse can be experimentally tested. Maybe not right now, but with "arbitrarily advanced technology", it can be very well nailed down.

With arbitrarily advanced technology you can go down to actual quantum size and really probe if plank length is the end of all things or not. And if there are strings or loops or who knows what things. With arbitrarily advanced technology you can in principal test whether our current theories hold water or not, and if either case be able to get the correct model and have computing power to model whatver you want, or is physicialy allowable at that stage. Certainly can test any model a civilization had just 100 years after coming out of dark ages ;)

Just curious, how to read this story without getting laughable large fonts?

Right now I think the only way is to disable all Javascript (which also get rid of ads) and use a custom CSS.

I call this BS.

The observable Universe is still the bit we can see, that's only 13 billion LY's. The calculated size for the Universe at it's rate of expansion is 46 billion.
This only works if you believe the Universe appeared within a large space and is expanding into something. I don't I'm afraid, nice story though.

"There are other Universes out there due to inflation"

Come now. You lost your credibility when you stated this speculation as a fact. No matter how clever the math involved this remains very firmly in the realm of speculation.

IANAP, but I believe Ethan misrepresents the many-worlds interpretation (Level 3). "You only encounter [higher-level multiverses] if you’re willing to deliberately misinterpret the many-worlds interpretation of quantum mechanics. There are some who (erroneously) claim that every time a quantum 'decision' is made, you find yourself either following the path of one Universe or another that was completely parallel to it until this decision was made."

Cf Wikipedia: "In [MWI], every event is a branch point; the cat is both alive and dead, even before the box is opened, but the 'alive' and 'dead' cats are in different branches of the universe, both of which are equally real, but which do not interact with each other."

This branching into parallel universes may or may not be "erroneous", but it's the essence of many-worlds, at least according to proponents like Everett, DeWitt and Deutsch. Seeing quantum interference as an interplay of "terms" or "states" rather than of full-fledged parallel realities is the approach of other interpretations, like Copenhagen. I suspect what Ethan meant to say is that he finds MWI implausible, which is fair enough.

From Wikipedia (which reflects the gist of much of what I believe I have read), it also says:

"MWI's main conclusion is that the universe (or multiverse in this context) is composed of a quantum superposition of very many, possibly even non-denumerably infinitely[2] many, increasingly divergent, non-communicating parallel universes or quantum worlds"

I was appreciating this summary until the (seeming) hand-waving dismissal of what seemed to me to be the thrust of the Many-Worlds interpretation.

I'm not meaning to argue - just for clarity. Thanks!

@ Jacob - You misinterpret Ethan's interpretation, and it's the fault of the Wikipedia articles analogy.

The Wikipedia analogy and the way you are interpreting Many Worlds, even the title of the interpretation, can easily mislead someone into thinking that bona fide physical universes branch off, kind of in a duplicating kind of way.

The correct way of imagining many worlds is:

- NO copies of particles are created.
- Each particle creates its own simultaneous holographic VIEWS of the same universe. This is the superposition.
- Each particle may present multiple views, like facets on a pyramid or cube.
- Any particular facet/view shows the universe in a particular state.
- At each quantum interaction, the particles involved grow new facets for all probable states to be realized.

Note again that NO duplication of particles occurs; therefore, no splitting off into separate worlds. However, each "view" is a different state of the universe, which directly implies different action--a different reality.

Jacob, Caleb and David, you may appreciate the latest "Ask Ethan" which expands upon quantum "decisions, interactions or observations," and is interpretation-independent.

Sorry that I didn't choose your comments for this edition of comments of the week, but I hope this does you one better.

If the Big bang occurred 13.5 B years ago, How can our Universe go 46 B light-years in any direction? We can see all the way back to the "wall" formed by the CMB radiation, which I understand is the time before which the Universe was dark. I don't think I understand why it looks the same in any direction, since there is no reason we should be at its center. Can you enlighten this a bit for me?