“And no one showed us to the land
And no one knows the where’s or why’s
But something stirs and something tries
And starts to climb towards the light” -Pink Floyd, Echoes

It's pretty difficult to imagine, but a little over 300 years ago, a supernova -- a dying, ultramassive star -- exploded, giving rise to such a luminous explosion that it might have shone as bright as our entire galaxy.

And nobody on Earth saw it. 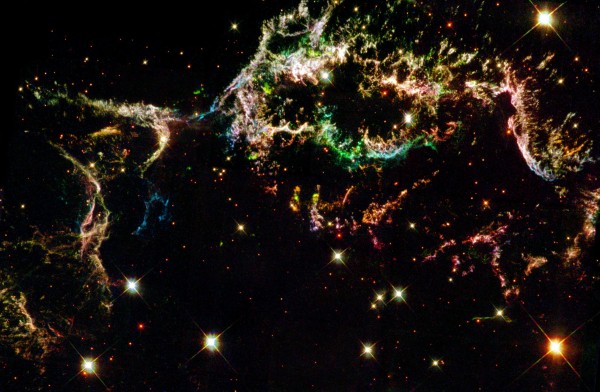 Located in the plane of our Milky Way galaxy, the light was obscured, but thanks to a suite of great, space-based observatories (Hubble, Spitzer, and Chandra), we've been able to piece together exactly what occurred. Not only that, but observations of a "light-echo," or reflected light off of the nearby gas, has allowed us to see the light from this explosion centuries later, and learn exactly how it happened. 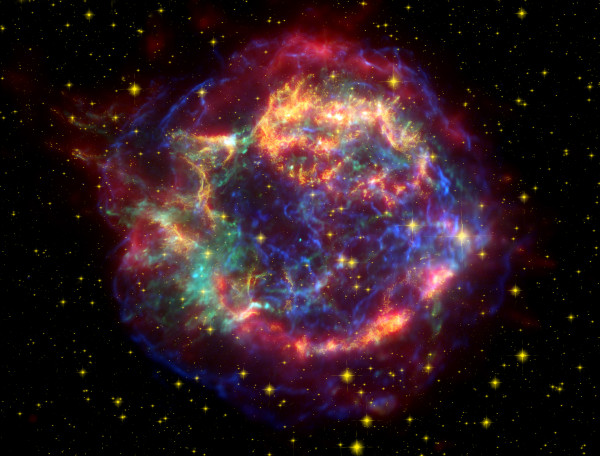 I just read about the SuperNova Early Warning System (SNEWS) and that within 50 years or so we should be able to see one unfold before our eyes.
That would be awesome

Upon looking up the SuperNova Early Warning System (SNEWS) I was surprised to learn that IceCube was one of the detectors that made up the network. How crazy is that?!? He's a talented, handsome, and successful black entertainer AND can detect neutrinos.

I double dog dare you.

Great article, Ethan. The footage was a nice touch. Lets hope we get the opportunity to observe first hand in the near future.
Thanks for taking the time.

I would place high odds, that there have been other "invisible" milkyway supernovas since then. Cas A was easy to detect because it was nearby and radionoisey, and not behind the inner regions of the galaxy, where the dust is much thicker. In fact there have probably been several.