“I have announced this star as a comet, but since it is not accompanied by any nebulosity and, further, since its movement is so slow and rather uniform, it has occurred to me several times that it might be something better than a comet. But I have been careful not to advance this supposition to the public.” –Giuseppe Piazzi, discoverer of Ceres, the first Asteroid

While it's always fascinating to look far, far out into the cosmos, it's important to remember that there are plenty of questions close to home -- about our own Solar System, for instance -- that we still don't know the answer to. One of the most troubling questions about our own origins is how the planets and moons came to be the way they are, and why our Solar System didn't turn out differently. 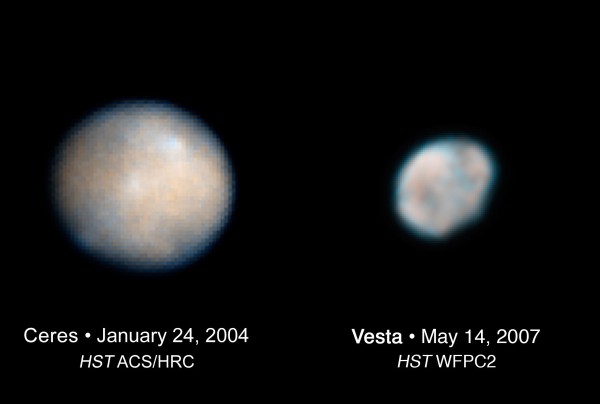 The key to this may lie in the asteroid belt, where, despite just having 4% the mass of Earth's moon, objects that have been largely unchanged for over 4 billion years allow us a look backwards into the protoplanetesimals that gave rise to Earth. And while NASA's Dawn spacecraft is making headlines for its discovery of odd features on our Solar System's largest asteroid, Ceres, it's important to remember that three years ago, it fully mapped and analyzed the second largest asteroid: Vesta.

Come take a look back, and see what we've discovered and learned!