“My Lord, the fleet has moved out of lightspeed. Com Scan has detected an energy field protecting an area of the sixth planet of the Hoth System. The field is strong enough to deflect any bombardment.” -General Veers, Star Wars: The Empire Strikes Back

Out beyond Saturn’s main rings lie a number of prominent moons: Titan, Dione, Rhea, and the subject of today’s post, Enceladus, the whitest, most reflective moon of all. 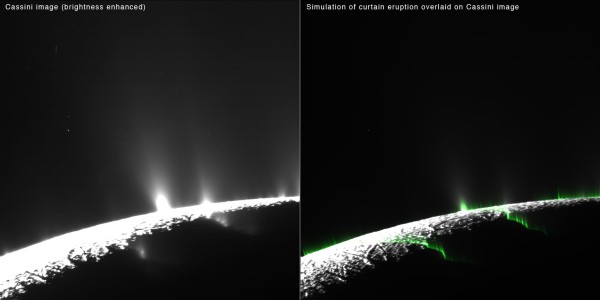 Unlike all the other moons in our Solar System, Enceladus’ most unique features is its active geysers, which not only extend for hundreds of miles into space, but which create Saturn’s E-ring, a diffuse cloud of material through which many of Saturn’s moons pass. The cracks, fissures and craters tell the story of an active world, and the sub-surface ocean is one of the most likely habitats for life beyond Earth. 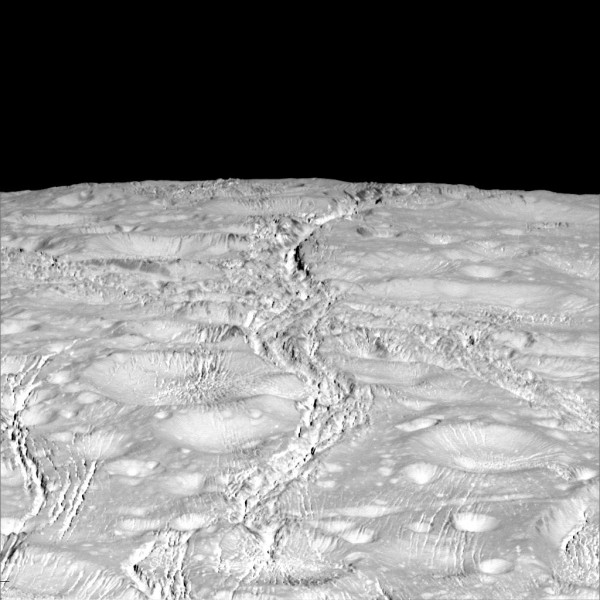 Come get the whole story of this world -- in 200 words (max) and pictures -- on Mostly Mute Monday.

Magnificent ! So nice to be able to visit such places. Thanks for the view, Ethan.