"After 20 years of exploring planets as big as Jupiter around other suns, we still have a lot of questions left open. For instance, we don’t understand what is the physical mechanism that forms Jupiter-like planets with orbital periods as little as a few days." -Alexandre Santerne

By surveying an area of the sky containing over 150,000 stars visible to it, the Kepler satellite monitored each one over a multi-year period looking for periodic changes in brightness. Thousands of planetary candidates emerged via the transit method, where periodic dips of 3% or less were noted with regularity. 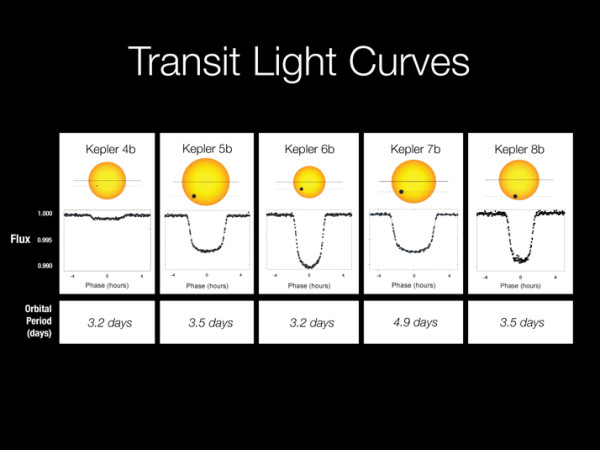 However, a follow-up study has come out on the giant exoplanets, finding that over 50% of them aren’t giant planets after all, but wound up being eclipsing binary stars. 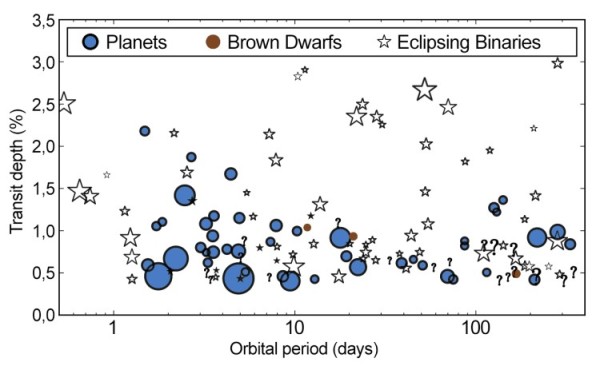 Go read the whole thing, and think about what it means. Perhaps our lone star Solar System is the oddity, after all.

Well, everywhere I've ever looked or heard about the formation of stars has ALWAYS said that the normal is multiple star systems, binary and up.

Even for the lay public, that's been the norm. So I don't know how this makes our star less unusual being a singleton when finding out that many "large jupiter" planets are liable to be low mass stars.

Well, the Kepler false positive rate is well established elsewhere. This survey is a lonesome and suffer from obvious selection bias - choosing bright stars and above all large transit depths to accommodate the instrument - so I wouldn't expect it likely to be correct and representative.

Hey! Troll-child! Care to stalk me over here!

The mentally retarded by choice are SO easy to control!