"It's like trying to describe what you feel when you're standing on the rim of the Grand Canyon or remembering your first love or the birth of your child. You have to be there to really know what it's like." -Harrison Schmitt

They say that one of the most exciting phrases to hear in science is not "eureka!" but "that's funny," and the Apollo 17 astronauts, just over 43 years ago, certainly got such a moment when they discovered orange soil just beneath the grey regiolith. 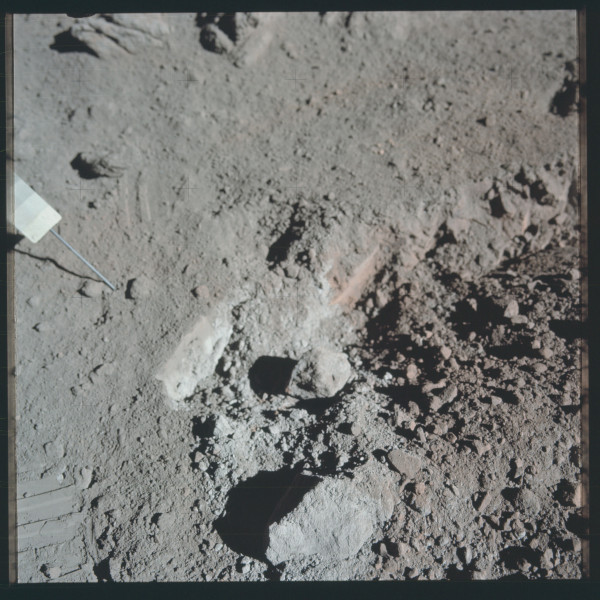 What turned out to be volcanic glass with tin inclusions had another surprise: olivine deposits that showed signs that they contained significant amounts of water inclusions when they were baked, at about ~1200 parts-per-million. This matches the water levels in Earth's upper mantle along ocean ridges, providing further evidence for the giant impact hypothesis and a common origin for the Earth and Moon. 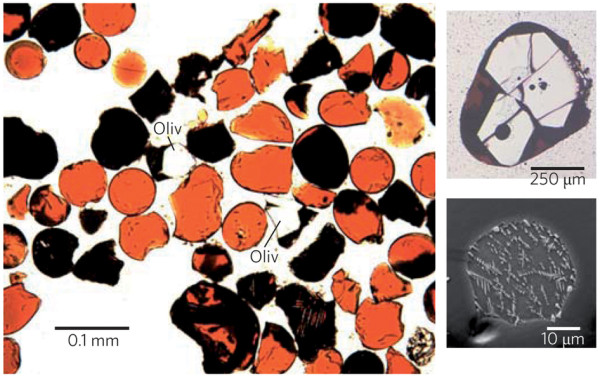