"Einstein's gravitational theory, which is said to be the greatest single achievement of theoretical physics, resulted in beautiful relations connecting gravitational phenomena with the geometry of space; this was an exciting idea." -Richard P. Feynman

When Einstein's theory was first proposed as an alternative to Newtonian gravity, there were a number of subtle but important theoretical differences noted between the two. Einstein's theory predicted gravitational redshift, time delays, bending of light and more. But what was perhaps most remarkable is that unlike Newton's gravity, Einstein's general relativity predicted an entirely new phenomenon: gravitational radiation. 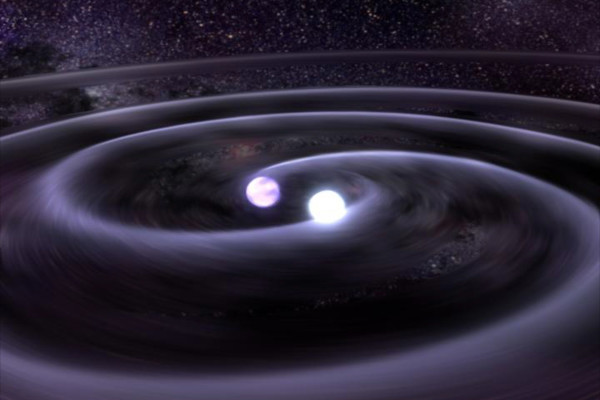 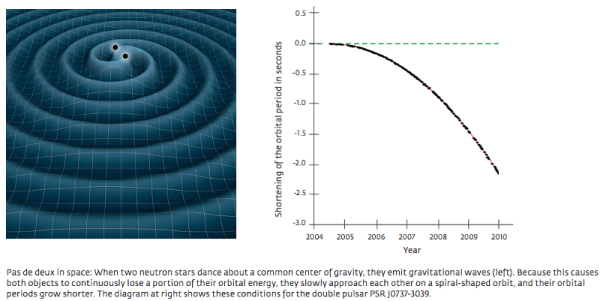 Go read the whole story of their remarkable behavior on this week's Ask Ethan!

What will it mean if LIGO detects gravitational waves? (Synopsis)

"Einstein's gravitational theory, which is said to be the greatest single achievement of theoretical physics, resulted in beautiful relations connecting gravitational phenomena with the geometry of space; this was an exciting idea." -Richard Feynman When we look out into the Universe, we normally…

“Henceforth space by itself, and time by itself, are doomed to fade away into mere shadows, and only a kind of union of the two will preserve an independent reality.” -Hermann Minkowski When you think of waves, chances are you think of some type of pressure wave moving through a medium, like sound…

Ask Ethan #11: Why does gravity get weaker with distance?

"I wouldn't know a spacetime continuum or a warp core breach if they got into bed with me." -Patrick Stewart It's the end of the week once again, and so it's time for another Ask Ethan segment! There have been scores of good questions to choose from that were submitted this month alone (and you can…

Ask Ethan: Is there any such thing as pure energy? (Synopsis)

"It is only through labor and painful effort, by grim energy and resolute courage, that we move on to better things." -Theodore Roosevelt Energy is a fundamental property of nature, and yet it’s also one of the most purely understood phenomena from a conceptual point of view. Some objects have…

Hope my 50-year-old recollection of E & M is not too dim, but I seem to recall that Maxwell's equations provided a method to calculate a value for c from physical constants which were already known. That the value thus calculated corresponded to the measured value of the speed of light was taken as evidence that light was, indeed, an electromagnetic wave. Does GR or any other gravitational theory provide a method to independently calculate the speed of gravitational waves?