Ask Ethan: Is the Universe itself alive? (Synopsis)

"Do not look at stars as bright spots only. Try to take in the vastness of the universe." -Maria Mitchell

The analogies between small-scale, living things and large-scale, cosmic entities are abundant: between a neuron and the Universe's large-scale structure; between an atom and a solar system; between the stars in a galaxy and the atoms in a cell; between the cells in a living being and the galaxies in the Universe. It makes you wonder if, on a cosmic scale, some portion (or the whole) of the Universe could actually be alive and self-aware? 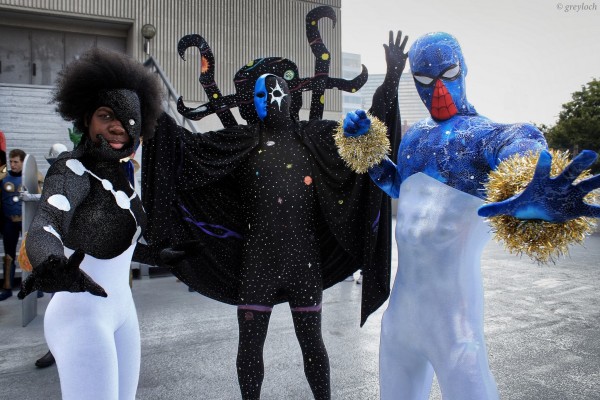 While we don't yet know how to test for that, what we can calculate is the amount of information that a self-aware being does exchange, and compare that to the amount of information that could conceivably be mutually exchanged by cosmic entities on various scales. The conclusion is that while the entire Universe can't do it, on timescales much longer than the present age of the Universe, individual bound galaxies, groups and clusters perhaps could. 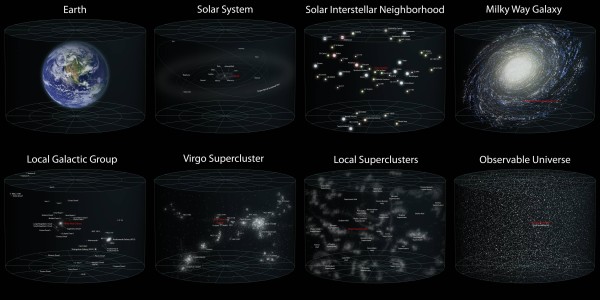 Go read the answer to this week's Ask Ethan and find out all the information!

Hello Ethan! Thank you for all your wonderful work! I love your clear writing and fun use of images.

I'm sorry to say I don't access your full writings since they moved to Forbes. Forbes has a no ad-blocker policy which means users can't use the site without exposing their browser to risk (and exposing themselves to ads). Probably not too many people are as decidedly anti-ad as I am, but I thought I should let you know there's at least one of us that can't access your writings since they've moved to Forbes.

I fully understand if it's a trade-off you feel you have to make, but someday when you're the most popular writer at the site, perhaps you can put a little pressure on them. :)

Kristofer (and all of the other readers who object to Forbes' anti ad-blocker policy) -- It appears that all of the columns become available on Starts With a Bang 1 week following their debut on Forbes.

I'm with Kristofer here: Forbes' policy imposes unacceptable risk (spyware, other malware, etc.), so no-go for me either. And Patrick's solution doesn't help unless the URLs are posted. In any case, +1 week may as well be forever as far as participation here is concerned (we'll see if anyone replies to this comment, 2 weeks later). Exposure to cyberstalking and cybercrime is an unacceptable price to pay.

On the subject at hand:

Yes, the resemblance between interconnected neurons and the big-picture view of the universe is remarkable, and reminds one of other instances of scaling and self-similarity, where unrelated objects none the less have similarities in form or underlying architecture. Nature builds with few and simple rules.

For the universe to be "alive" in any sense, would entail the need for some behavior that is unique to organisms and distinct from inanimate objects. Two obvious candidates are reproduction and cognition.

A universe that is self-reproducing implies either a many-worlds interpretation of wavefunction collapse, or a multiverse in which universes spawn additional universes. Last I checked, both of those were untestable.

A universe that is self-aware implies some means of information collection and processing. One might consider the propagation of electromagnetic radiation (e.g. light) between celestial bodies as analogous to the propagation of electrical impulses between neurons, but the analogy quickly fails because the former is not limited to specific useful connection paths as is the latter. One might also consider the transfer of matter across space as roughly analogous to the transfer of neurochemicals between neurons, but this runs into the same issue: broadcast vs. specific paths.

More likely, we as living organisms look out into the universe and feel, with some empirical justification, a deep sense of unity with the whole. Since our infinitesimal individual fractions of the whole are conscious, and the whole is so much larger than ourselves, we may infer (at least emotionally) that the whole itself must also be conscious in some way.

Early humans who had these feelings envisioned deities, inferred omniscience, and then sought wisdom and lawfulness. The search for lawfulness led to the development of science, which ultimately found itself concerned with the material rather than spiritual aspects of the universe. This produced the wealth of knowledge we have today, though the aspects that it did not touch remained at much the same place as they were in ancient times.

When Sagan and others remind us that we ourselves are made of recycled star-stuff, or speculate about the conditions needed for life elsewhere, they address the ancient yearning for oneness with the whole, in terms that are compatible with modern knowledge. It would appear that we are in the early decades of a stage in history where the timeless feelings we call "spiritual" are beginning to catch up with what we know to be true about the nature of things.