Hubble Unveils Deepest View Of The Universe Ever (Synopsis)

"In other words, theory attempts to segregate the minimum number of possible worlds which must include the actual world we inhabit. Then the observer, with new factual information, attempts to reduce the list further. And so it goes, observation and theory advancing together toward the common goal of science, knowledge of the structure and observation of the universe." -Edwin Hubble

To gaze into the empty abyss of deep space with the most expensive telescope of all requires a great leap of faith: that you’ll find something worth observing when you look. In 1995, the Hubble Space Telescope photographed the same regions of space 342 times, unveiling thousands of undiscovered galaxies. 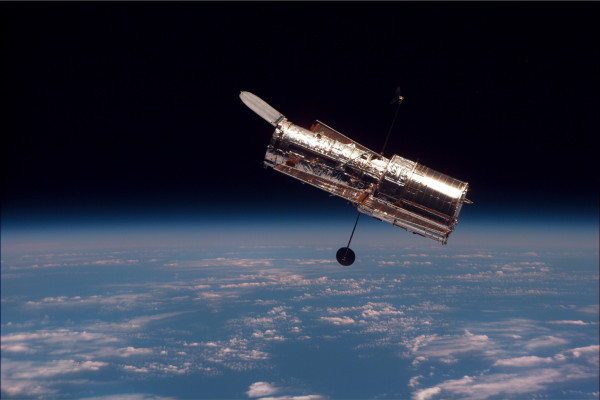 The Hubble Space Telescope, as imaged during the last and final servicing mission. Image credit: NASA.

More than 20 years later, we’ve used this same technique to determine that the observable Universe has at least 170 billion galaxies spread throughout it. The James Webb Space Telescope is poised to unveil even more, with the capability of seeing back to when the Universe was less than 2% of its current age. 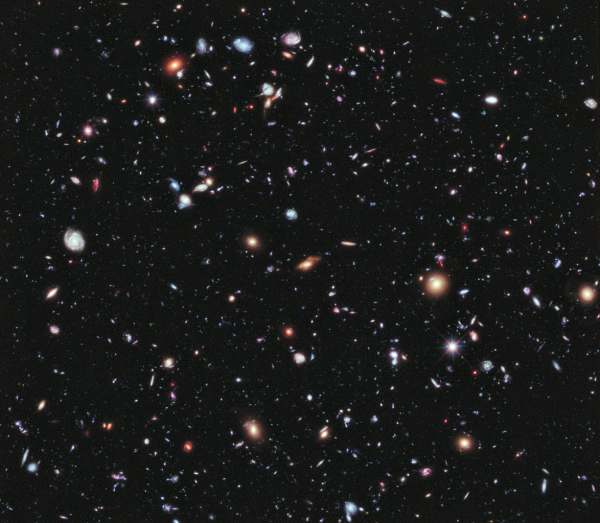 Go get the full story, in no more than 200 words but with lots of visuals (including my first Forbes movie!) on today’s Mostly Mute Monday!

“Our posturings, our imagined self-importance, the delusion that we have some privileged position in the Universe, are challenged by this point of pale light. Our planet is a lonely speck in the great enveloping cosmic dark. In our obscurity, in all this vastness, there is no hint that help will…

"For the first time we can learn about individual stars from near the beginning of time. There are surely many more out there." -Neil Gehrels We know what NASA’s James Webb and WFIRST are designed for, and we know what we expect to find. James Webb will be the largest space telescope ever, focused…

5 Surprising Facts About The First Galaxies In The Universe

"Suddenly whole new programs open up, things you can do that you could never do before. It'd be great scientifically, it'd be great for the nation, for educators, for students, and it'd be just great for the public at large." -Garth Illingworth Looking farther and farther into the distant Universe…

The Deepest View of the Universe. EVER.

"It is by going down into the abyss that we recover the treasures of life. Where you stumble, there lies your treasure." -Joseph Campbell One of the bravest things that was ever done with the Hubble Space Telescope was to find a patch of sky with absolutely nothing in it -- no bright stars, no…

Photos like this make me glad I'm so ill-equipped to fathom the vastness on display. I think it'd be overwhelming if I could even approach it.