Ask Ethan: How Do We Know The Earth Isn't Flat? (Synopsis)

“A long time ago people believed that the world is flat and the moon is made of green cheese. Some still do, to this day. The man on the moon is looking down and laughing.” -Vera Nazarian

When people make claims that are patently untrue -- like the Earth is flat -- perhaps your knee-jerk reaction is to ridicule them. If you dig a little deeper, however, you'll likely discover a truth about your own past: that you once held views that flew in the face of the scientific evidence, only you weren't aware of it at the time. 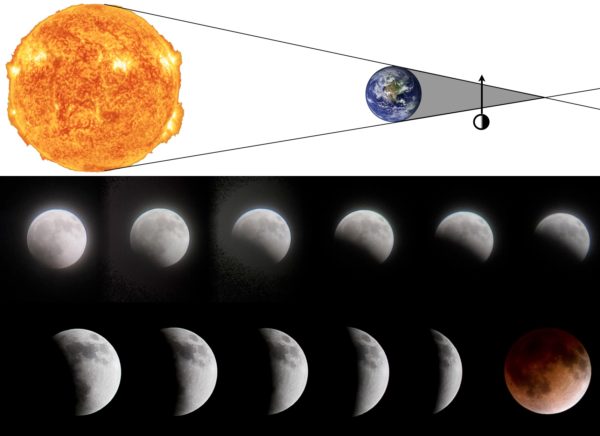 During the partial phases of a lunar eclipse, the shadow of Earth can be seen on the surface of the Moon, indicating quite clearly that it casts a roughly circular shape. Image credit: E. Siegel, with eclipse sequences by Wikimedia Commons users Zaereth and Javier Sánchez.

Hopefully, you changed your mind. Hopefully, the evidence was what compelled you to do it. And hopefully, if given the opportunity, you'd give that same gift to someone else. If you know someone who has an incorrect idea of how things worked, perhaps you wouldn't simply tell them the right answer; you'd give them a way to figure it out for themselves. 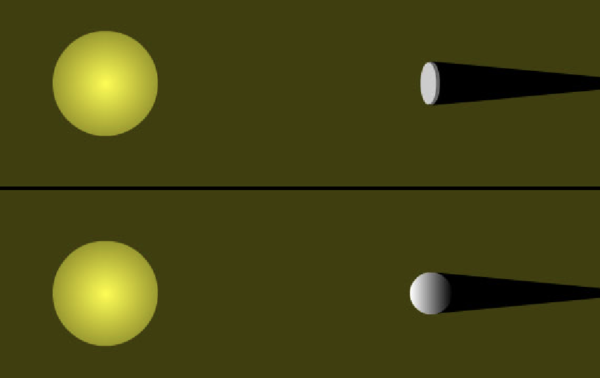 The two ways Earth could cast a circular shadow on the Moon: by being a spherical object (bottom) or a disk-like object (top). Image credit: Windows to the Universe Original (Randy Russell), under a c.c.a.-s.a.-3.0 unported license.

Here's how you'd determine not only whether the Earth was flat or not, but how you'd measure its size, using technology we've always had.

The Rarest Eclipse of Them All

"You can't exactly bake a man to your specifications... A hybrid of Einstein, Tarzan and Inge Meysel doesn't exist." -Peer Steinbruck Of course, if you create enough chances, all the things that could eventually happen will come to pass. This is as true for human beings as it is for the physical…

Comments of the Week #112: from darkness to Balticon to black holes' invisibility

“It isn't the mountains ahead to climb that wear you out; it's the pebble in your shoe.” -Muhammad Ali After a week of travel here at Starts With A Bang -- where we appeared at Balticon 50 and had a fantastic time -- it's time to catch up on all the news that the Universe had to offer. That…

"Nations, like stars, are entitled to eclipse. All is well, provided the light returns and the eclipse does not become endless night. Dawn and resurrection are synonymous. The reappearance of the light is the same as the survival of the soul." -Victor Hugo Everyone knows the Earth revolves around…

Who Discovered The Earth is Round?

"When Columbus lived, people thought that the earth was flat. They believed the Atlantic Ocean to be filled with monsters large enough to devour their ships, and with fearful waterfalls over which their frail vessels would plunge to destruction. Columbus had to fight these foolish beliefs in order…

There;s a set of Youtube videos from Youtuber CoolHardLogic on this.

Ethan, do you live by any large bodies of water? Or any lakes more than 3 or 4 miles across?