"To consider the Earth as the only populated world in infinite space is as absurd as to assert that in an entire field sown with millet, only one grain will grow." -Metrodorus of Chios

Later tonight, the European Southern Observatory is expected to make an announcement, and the smart money is on the discovery of an Earth-like planet orbiting Proxima Centauri, the nearest star to our Sun. As incredibly exciting as this news is, however, it’s important to keep in mind that “Earth-like,” to an astronomer, means something very different than what we think of as “actually like Earth.” 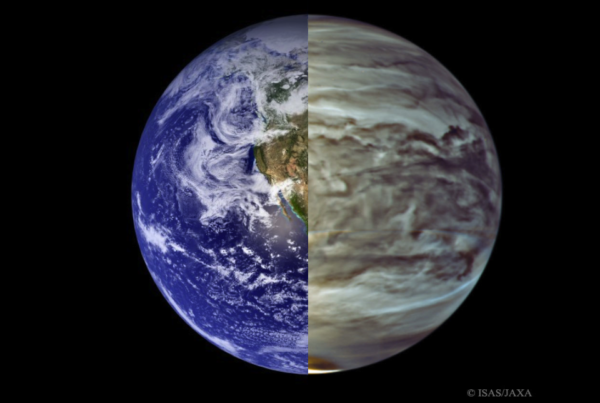 The only information we can glean from our present observations is the planet’s mass, size and orbit around a star. This is enough to tell us some of its properties, including a few ways (like tidal locking) that are quite different from Earth, but questions about its atmosphere, surface temperature, magnetic field and much more remain unanswered. 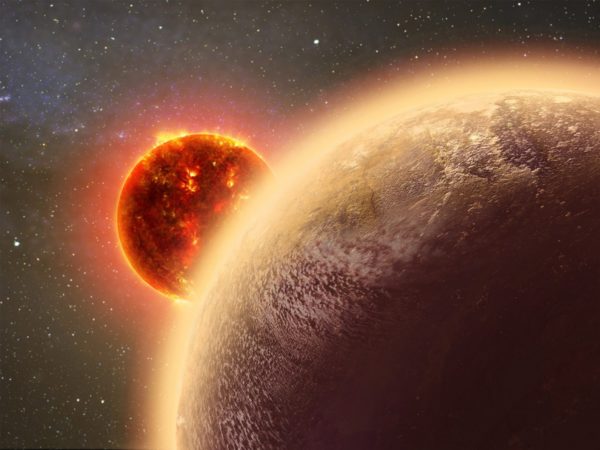 An illustration of a panet around a red dwarf star. Only gas giant worlds are large enough to have their atmospheres detected at this point in time. Image credit: ESO.

Come learn what the discovery of a new planet around our closest star would and wouldn’t tell us!

Based on the planet’s mass, size and distance to its star, we’d know that it was tidally locked, meaning that the same hemisphere always faces the star, similar to how the Moon is locked to Earth.

My understanding of this area is limited, but I think a caveat is in order. Mass, size, and distance can tell us whether a planet must be tidally locked or not, but the planets calculated as 'not necessarily locked' could be locked anyway.

So if we find a planet around Proxima Centauri of the right mass, distance, etc., and our calculations also tell us it is not necessarily tidally locked, it could still by historical contingencies have a day-length close to its orbital period. At leas, AIUI.

All we can definitively measure is a planet’s physical mass, radius and orbit. If we get lucky, we can measure whether the planet has an atmosphere...

Being that Proxima Centauri's potential planet is being detected the radial velocity method instead of the transit method, I don't believe we do get radius data. There is also no chance of detecting atmosphere because the atmosphere is never between us and the star.

Until we can get a giant telescope capable of direct imaging this planet, I'm not sure we'll know much about it unless we're lucking enough for that system to be oriented perpendicular to us.

Planets with magnetic fields emit powerful auroral radio emissions from their poles when hit by coronal mass ejections. In this, magnetically shielded planets are actually "brighter" than their host star, but we'll still need the pole to be aimed at us to detect it.

[The spectrograph's] data suggests Proxima b has a minimum mass 1.3 times that of Earth and orbits at a distance of about 7.5 million km from the star, taking 11.2 days to complete one revolution...

..."This planet is at 5% of the Earth's distance from the Sun. However, Proxima is 1,000 times fainter than the Sun. So the flux - the energy - reaching Proxima b is about 70% of what the Earth receives. It's like taking Earth a bit further away, but it's comparable," explained Dr Anglada-Escudé.

They also show a graphic of star sizes to provide some context. Don't know if their graphic is accurate or not, but on it, Proxima Centauri is just a bit bigger than Jupiter.

Oops, sorry, forgot to include the link

Oops, sorry, forgot to include the link

As an aside, I am dismayed that the BBC actually emitted the construction "40 trillion km away." Putting aside the issue of the milliard, the unit is text, knuckleheads. And I don't believe for a second* that it's applied uniformly.

“… the European Southern Observatory is expected to make an announcement, and the *smart money* is on the discovery of an Earth-like planet orbiting Proxima Centauri…”

The even smarter money is on it having no life.

The even smarter money is on it having no life.

G-d made mirrors for a reason, dear.

NASA's Pic of the Day commenter states that the planet is close enough for two way communication. What, an 8 and a 1/2 year wait for a reply? An 11 day year would be enough to deal with (not) !

"Being that Proxima Centauri’s potential planet is being detected the radial velocity method instead of the transit method, I don’t believe we do get radius data."

@Wow #9: Denier #2 was talking about the radius of the planet, not of the star. The radius of Proxima Centauri itself is known from direct observation (it is close enough to image the disk), and is about 0.14 R_Sun.

The radial velocity (RV) method _does_ get you the orbial radius, which is what you described.

The radius of the planet has been guessed by taking the planetary mass extracted from the RV fit, and assuming a rocky-planet (Earth) density.

Crud. Kelsey beat me to it.

"@Wow #9: Denier #2 was talking about the radius of the planet, not of the star"

Ah, makes more sense. But why would a planet be relevant there?

Mind you, you CAN get some radius information from the doppler shift of the stellar limb, the problem being discerning the effect from the messy signal of the atmosphere that isn't on the limb.

But again, I would have no idea why an earth like planet should come up with the radius of the parent star....

And by perfect, that means an orbital eccentricity close to 1.

I can't think why that might be an acceptable approximation...

All we can definitively measure is a planet’s physical mass, radius and orbit. If we get lucky, we can measure whether the planet has an atmosphere…

Being that Proxima Centauri’s potential planet is being detected the radial velocity method instead of the transit method, I don’t believe we do get radius data.

Well, another explanation has to be hinged on answering WHY you asked about something that the quote never attributed.

That is, it never says that we determined the radius of the planet by the radial orbital method.

In any case, it's still a mystery what your problem is, denier.

But the radius of orbit is available in radial orbit detection. And no other radius is relevant to it, and non inferred by anything so far available.

(that should have been a different level of blockquoting).

IF denier had ASKED "How do we know the radius of the planet?" rather than implied an egregious error from Ethan, then I would not have been so confused.

I think 1.3 earth mass is a minimum mass. I think the only data is a radial velocity curve of Proxima B, we don't know the inclination of the orbit with respect to the line of sight to the earth, so we can't determine a maximum possible mass IIUC.

Solar storms/wind (dwarf-star storms) are supposed to be much stronger than what the earth feels, its not just a matter of UV radiation, its also an issue of whether the atmosphere could be retained for billions of years, or lost (like Mars). So much we don't know, and I think it will be a major challenge to get the needed data.

Also what does tidal locking do to the atmosphere? If heat transfer from the sunny side to the shadyside is too low, volatiles -including gases other than Hydrogen and Helium might be in the form of a large frozen mass on the shady side.
Far more things could go wrong as far as creating a habitable world than could go right.

In fairness, that sounds like a number of clients and vendors I have to deal with at work.