This is what it looks like when a Sun dies (Synopsis)

"A bit of mould is a pleiad of flowers; a nebula is an ant-hill of stars." -Victor Hugo

In the distant future, about 7 billion years from now, our Sun will run out of all the nuclear fuel it’s capable of burning in its core. As it contracts under its own gravity, radiation becomes unable to hold it up any longer. Gravitation takes over, and the outer layers get blown off as the core contracts down into a white dwarf. 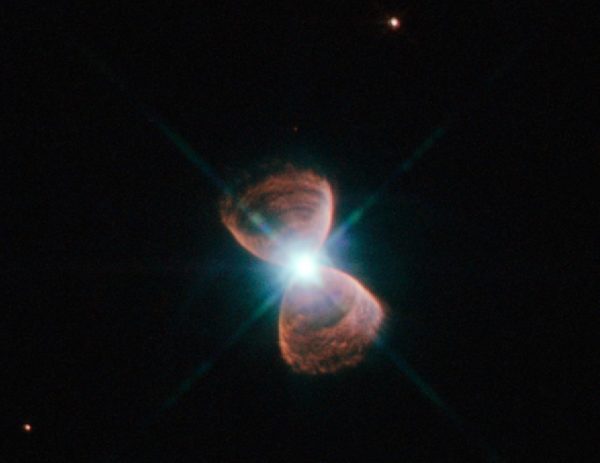 A star reaching the end of its life goes from fusing nuclei to blowing off its outer layers and contracting down. Image credit: NASA, ESA, and A. Zijlstra (The University of Manchester); Acknowledgment: J. Barrington (Hubble's Hidden Treasures Competition).

These outer layers, containing hydrogen and a slew of heavier elements, will come to enrich the interstellar medium by forming a planetary nebula. Various elements glow in different wavelengths, and the nebula takes on a variety of temperatures throughout. But most spectacularly, different shapes and morphologies come about depending on factors like the star’s rotation speed, the presence or absence of a companion and other, yet-undetermined factors. 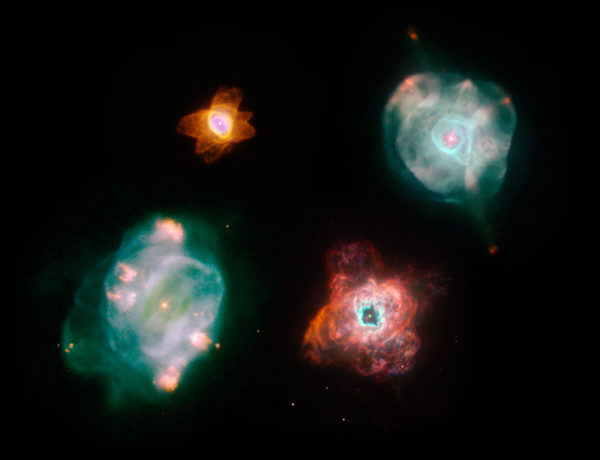 Come get an amazing show on this edition of Mostly Mute Monday!

“At the last dim horizon, we search among ghostly errors of observations for landmarks that are scarcely more substantial. The search will continue. The urge is older than history. It is not satisfied and it will not be oppressed.” -Edwin Hubble While new discoveries are made about the Universe, a…

"A colour is a physical object as soon as we consider its dependence, for instance, upon its luminous source, upon other colours, upon temperatures, upon spaces, and so forth." -Ernst Mach Our Sun, like all Sun-like stars, will come to the end of its life someday. All the hydrogen fuel in its core…

Absolutely spectacular ! It's sometimes hard to get a handle on how much energy is expended in each of the photo's.

Have a safe holiday, you lot. Back in a few weeks.