Ask Ethan: Could The Universe Have Begun From A Big Bounce? (Synopsis)

“We are part of the universe that has developed a remarkable ability: We can hold an image of the world in our minds. We are matter contemplating itself.” -Sean Carroll

If you take a look at our Universe today, you can learn all sorts of things about it. How the matter in it is distributed, what the radiation is doing, how many and what types of black holes we’ve formed, how much entropy there is, etc. You can also learn how all of those things are evolving into the future and how they were different in the past! 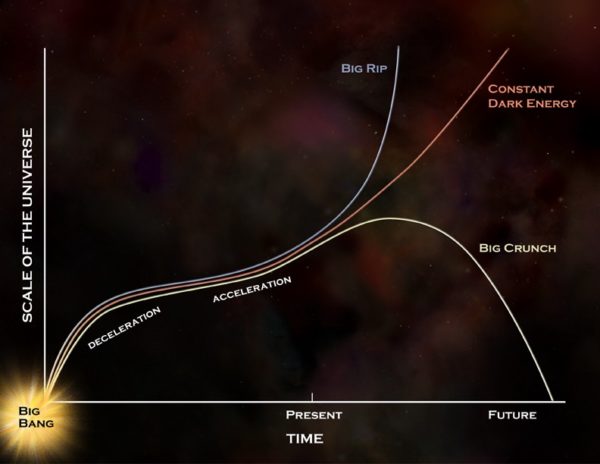 The far distant fates of the Universe offer a number of possibilities, but if dark energy is truly a constant, as the data indicates, it will continue to follow the red curve. Image credit: NASA / GSFC.

And if we go all the way back, we find that in General Relativity, we expect to wind up at a singularity at some point in the beginning. In a quantum formulation of gravity, that isn’t necessarily true! There are four classes of ways to avoid a singularity in the beginning, where space and time always exist, rather than having a creation or emergence. But many of the four have serious, fundamental issues that may yet make them impossible. 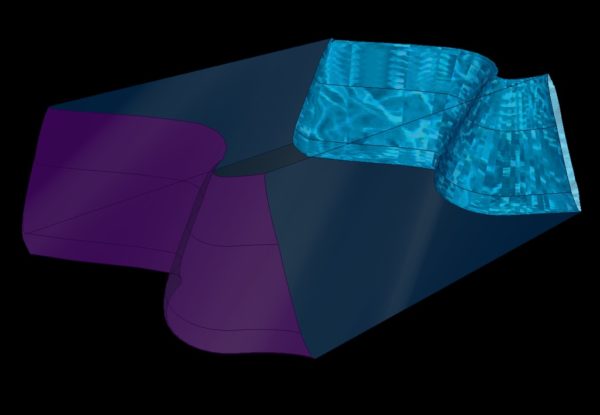 In classical general relativity, singularities are hard to avoid. But in quantum theories of gravity, such as those with extra dimensions, bouncing scenarios are possible. Image credit: Wikimedia Commons user Rogilbert.

Go beyond our observations and into the realm of the theoretical “beginning of everything” on this week’s Ask Ethan!

Hello Professor, fascinating thought provoking article. Unfortunately I am not well versed in physics so I have a very basic question to help me understand this concept. When you reference entropy, you use the equation 10^104k. I get that this is a very big number, but my question is, number of what? What is the unit of measure for entropy? Quarks, atoms...? You mention "objects" in the article, how is that defined in this context and is that the unit of measure? Thank you.

@Ed #1: The units of entropy are energy divided by temperature. That is also the units of Boltzmann's constant, so entropy is most conventionally quoted as a multiple of k_B.

Ethan:
How solid is the theory that entropy must always increase, especially when the universe crosses a nearsingular or singular point? Is it possible that these events reset entropy?

The theory is extremely solid, due to the stochastic nature of the theories of bulk matter.

The big bounce doesn't mean a singularity, just that it gets to a state where physics breaks down. If you want to ask what happens to an entire universe, rather than just the generic "some stuff goes into a singularity", then read up on the wiki: