“Jupiter instead cooled down below the threshold for fusion, but it maintained enough heat and mass and pressure to cram atoms very close together, to the point they stop behaving like the atoms we recognize on earth. Inside Jupiter, they enter a limbo of possibility between chemical and nuclear reactions, where planet-sized diamonds and oily hydrogen metal seem plausible.” -Sam Kean

On Monday, July 10th, the Juno spacecraft reached Perijove, or its closest approach to Jupiter, for the seventh time. Reaching a minimum elevation of only 3,500 km (2,200 miles), it found its images distorted into a compressed hourglass shape, due to its close proximity to the giant planet's upper atmosphere. 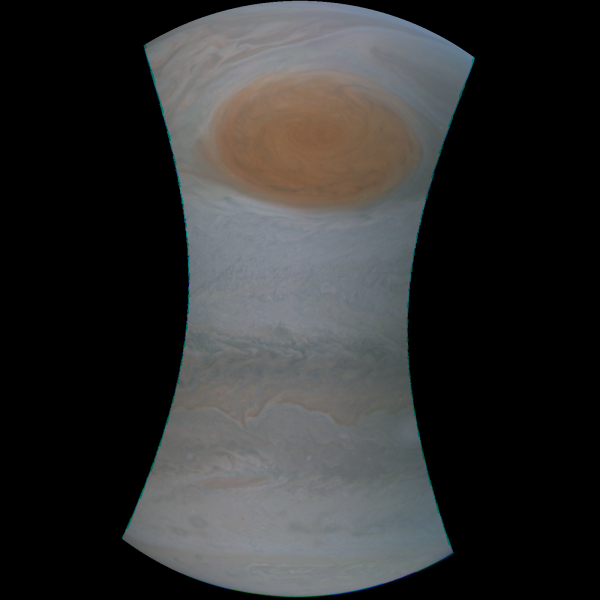 The atmospheric flow around the lower section of the Great Red Spot, along with the fractured boundary layer beneath. Image credit: NASA / SwRI / MSSS.
Nevertheless, shortly after Perijove, it passed over the Great Red Spot, providing us with the closest images of this storm ever taken. And wow, were they not only spectacular, but after some detailed image processing, you can see different features teased out in there, including differentiation, eddies, and turbulence inside the spot.

We'll have to wait a while for the scientists to analyze the data from the other 8 instruments, but in the meantime, the first views are already here. Enjoy!

Beautiful; captivating!
Interesting to note the 'surface' of the GRS is much lower than the average surface of the planet. This may indicate some form of subduction caused by the cyclonic action of the spot.

Huh. I don't see any monoliths.

"I don’t see any monoliths."