"To be on my very first spacewalk, to be outside, and to have contamination in my suit to the point that I couldn't see in either eye - that, I think, would cause some people to lose control." -Chris Hadfield

Sure, you probably laughed about it when you first heard that NASA had a Planetary Protection Officer, as though Earth actually needed protection from non-existent alien invasions. Perhaps, you thought, this might have been relevant back in the 1960s, before we realized how barren the Moon was, or how woefully insufficient the Solar System is for harboring some type of doomsday, Andromeda-strain-like bacterium. 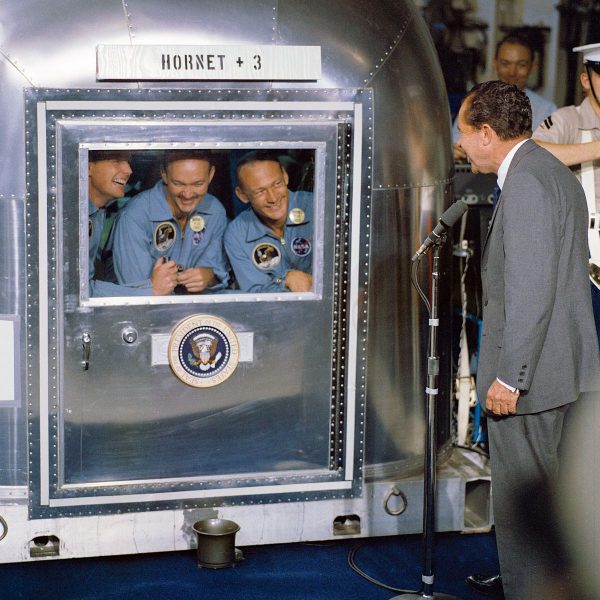 The crew of Apollo 11 -- Neil Armstrong, Michael Collins, and Buzz Aldrin -- in the Mobile Quarantine Facility after returning from the surface of the Moon. Image credit: NASA.

Although that NASA office is responsible for external biological threats to Earth, the main function of planetary protection is quite different: protecting other worlds from Earth. Which is to say, every time we launch a mission into deep space, we need to ensure that Earth-based life doesn’t compromise an otherwise pristine environment. There are big questions about the Solar System that we can only answer if we don’t contaminate those other worlds; one screw-up can override billions of years of natural history. 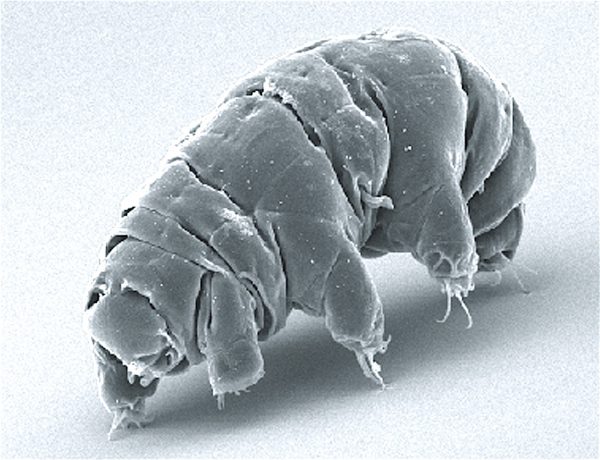 A scanning electron microscope image of a Milnesium tardigradum (Tardigrade, or 'water bear') in its active state. Tardigrades have been exposed to the vacuum of space for prolonged periods of time, and have returned to normal biological operation after being returned to liquid water environments. Image credit: Schokraie E, Warnken U, Hotz-Wagenblatt A, Grohme MA, Hengherr S, et al. (2012).

What is the big deal with NASA’s Planetary Protection Office (and officer)? Find out, and get the facts instead of just some vainglorious headlines!

I'm perfect for the job. Have seen all the Star Trek TV shows & movies. I enjoy giving orders to menials. Our motto: "We come in Peace." We can enslave any life forms we find & dig up all the diamonds & gold & drill for oil everywhere on each planet we take over.

I have repeatedly said: The climate models are flawed and do have systematic errors

I can honestly say that I don’t ever remember you expressing that idea. Ever. Mostly your thoughts on models seem to be similar to what you wrote in the article I took issue with.

the models are very much in line with what we observe.
-Ethan Siegel

If you are now moderating your position by admitting there are indeed statistically significant problems with current climate models then I applaud you.

On the topic of climate model accuracy Santer (2017) is currently the most comprehensive, authoritative, and current work on the subject. It *IS* the consensus position. Modern climate models are over forecasting warming because their forcing multipliers are too high so says Benjamin Santer from Lawrence Livermore and East Anglica’s CRU. That you’ve dismissed it says more about you as a scientist than it does about the robustness of the study.

You yourself, like many others here, do not [accept the full suite of climate scientific evidence], and still refer to outdated and incorrectly calibrated UAH data when you make arguments, and do so unapologetically. Yes, I do see you deliberately muddying the waters

First, that is a nice strawman you’ve constructed there. I didn’t refer to UAH data at all with regards to your Heartland piece, you did. Where the accuracy of climate models was concerned you scarcely mentioned anything else. You cited no studies to support your position. None. Zero. Your ONLY piece of evidence was a Photoshopped graph from the Climate Lab Book blog, which on the very page where that graph is posted admits the models are over forecasting warming with Ed Hawkins linking to Schmidt(2014) in support.
Gavin Schimdt et al (2014) abstract:

Climate models projected stronger warming over the past 15 years than has been seen in observations.
‘http://www.nature.com/ngeo/journal/v7/n3/full/ngeo2105.html

As far as your comments intended to malign me personally, I don’t mind it so much when people do that because I know people resort to that tactic when they can no longer argue the merits of their position. It is a win. As I said earlier, if you’ve now come around to see that Benjamin Santer et al, Gavin Schmidt et al, and the overwhelming preponderance of peer reviewed scientific evidence views your statement of ‘the models are very much in line with what we observe’ to be completely unsupportable garbage then I applaud you. As you yourself said, it is your own preconceived notions that are the hardest to change.

That is how I’m considering making a difference: by putting good science out there without providing any undeserved legitimacy to the fringe alternatives. I am not 100% sure how to execute that, but that’s what I’m thinking about.

First of all, you should at least be honest about what you are trying to do. You are trying to de-platform scientific evidence that fails your personal political litmus test. It has nothing to do with ‘good’ science. Santer (2017) is good science. Nature thinks so. You summarily dismissed it without reason. You simply didn’t like what it said. It didn’t support your political narrative so you wished it into the corn field.

What you’re trying to do is replicate here on your site the academic ideological echo chamber you live in. It is your platform. You built it. You certainly have the right to use it however you want but you should at least be honest with yourself. In this exchange you have strawmanned other people’s positions, resorted to ad hominem attacks, dismissed the preponderance of peer reviewed science on a topic to defend a counterfactual statement, and used a argumentum ad verecundiam fallacy in claiming your unsupportable statements had been vetted by three anonymous expert PhDs instead of linking to published science.

Generally speaking I have great respect for you and in this exchange I’m a little disappointed. It isn’t that you disagree with me on this. You’ve always disagreed with me on this. It is in the tactics you’ve stooped to. The problem with echo chambers is that it weakens your ideas. Your ideas never get stress tested. In this exchange I have figuratively kicked your teeth in over the accuracy of climate models. The next time you talk about climate models, you’ll still talk them up. You are you, but you’re a better you because you’ll know where you’re weak and will present them in a manner more consistent with current scientific consensus. That is what you get for NOT going the echo chamber route with SWaB.