Ask Ethan: How Many Planets Did NASA's Kepler Miss?

"How vast those Orbs must be, and how inconsiderable this Earth, the Theatre upon which all our mighty Designs, all our Navigations, and all our Wars are transacted, is when compared to them." -Christiaan Huygens

With a field-of-view encompassing 150,000 stars, NASA’s Kepler mission delivered an overwhelming prize when it came to hunting worlds beyond our own Solar System: thousands of new exoplanets. The majority of them, however, were different from what we have at home. They were larger, more massive, closer to their parent stars, and orbiting more quickly than what we find in our own neighborhood. In other words, we found the worlds that were easiest to find. 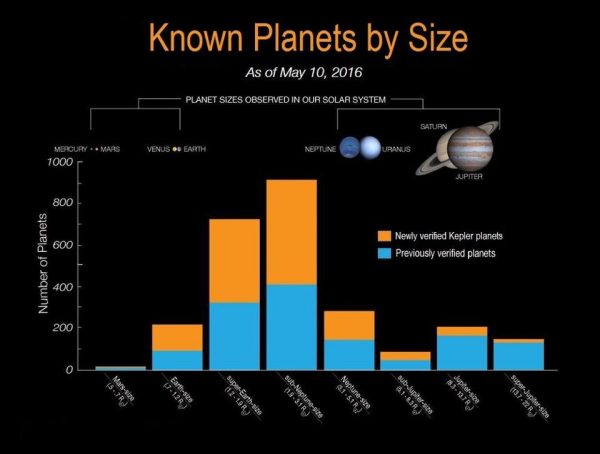 The numbers of planets discovered by Kepler sorted by their size distribution, as of May 2016, when the largest haul of new exoplanets was released. Super-Earth/mini-Neptune worlds are by far the most common, with only a tiny fraction of worlds smaller than Earth. Image credit: NASA Ames / W. Stenzel.

But NASA’s Kepler wasn’t sensitive to all the worlds that were out there. Sure, to observe a transit, where a planet passes in between its parent star and ourselves, requires a fortuitous alignment, and we can certainly extrapolate how many more exoplanets like the ones we’ve already seen are out there. But to know how many planets NASA’s Kepler mission truly missed requires a whole slew of other information, much of which the Universe hasn’t yet revealed to us given our current technology. 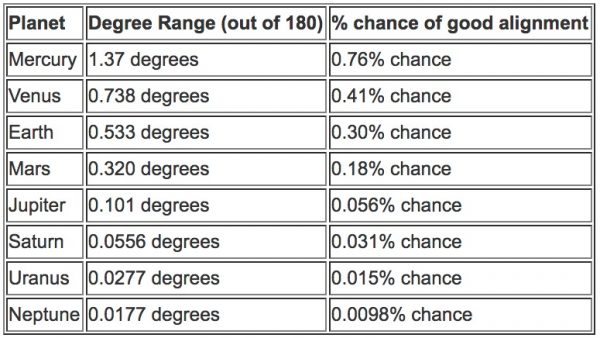 Viewed from a random orientation in space, and given the relative sizes and orbital distances of each planet compared to the Sun, we can compute the odds of having a transit. The farther away from the Sun you are, the lower the odds. This analysis does not account for size or time. Image credit: E. Siegel.

How many planets are actually out there in our galaxy? And how are we going to find out the true number?

It was a very good start.