Footprints on the Moon

Yesterday we lost Neil Armstrong, an accidental hero, thrust by fate onto a rock in the sky. Many dreamt of walking on the moon before he did, and a few men did after him. He happened to be the first. Hopefully many more men, and women too, will echo his iconic footsteps in the future. Perhaps even future space tourists will huddle around Tranquility base, laying nostalgic 60s filters over their high-resolution snapshots of an upended American flag from a long-ago mission.

We can only hope. A lot of my favorite humans have died this year: Armstrong, Sally Ride, Ray Bradbury, all people who variously embodied an earlier era's seemingly limitless capacity for wonder. Every time, I've asked myself: who will replace them all? Who will raise their hands and grasp forcefully at the stars? Who, like a figure in a William Blake etching, will prop their ladder across the moon and climb it, rung by rung? 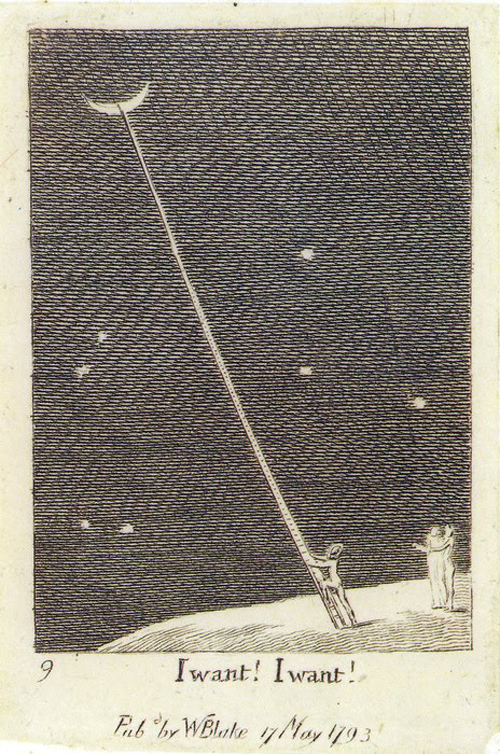 The real triumph of the Apollo program was its unforeseen shift in tone; driven by a desire to objectively beat the Soviets down to the wire--most Americans don't know the unmanned Russian craft Luna 15 was beginning its descent just as Armstrong and Aldrin were tromping about the moon's surface--and catalyzed by feverish nationalism, it instead precipitated dreamy wonder in its participants and the millions who watched the ghostly images from below.

Did you know NASA accidentally erased the original moon landing footage during routine magnetic tape re-use in the 1980s? The footage the world saw on television that July day in 1969 was actually taken of a slow-scan television monitor and re-broadcast, picture quality reduced. The space between the primacy of that moment--in Armstrong's life and in the narrative of the 20th century--is obscured a layer of irretrievable analog decay, time, and distance. Now death, too.

The Appollo 11 mission would have been impossible today. It was too quick and dirty, too risky. Today, wiser, we send robots ahead of us. I am not necessarily sentimental about manned missions to space; I know it's a messy business, limiting, and often more trouble than it's worth. The human explorer defecates, sweats, needs sleep, is afraid. But exploring the moon wasn't just a matter of rock samples and spectrographs, either: the real laboratory was the human mind. It's not without reason that the things we remember most about the Apollo program are its words and gestures, the famous "first step" and the steps which followed, the proclamations, then, later, the reflections.

Neil Armstrong said a great many beautiful things about his experiences. Most astronauts did. Going to the moon has a tendency to turn test pilots into poets. That matter of cortex-shifting is called the Overview Effect. Neil Armstrong articulated it with his characteristic clipped decorum:

"It suddenly struck me that that tiny pea, pretty and blue, was the Earth. I put up my thumb and shut one eye, and my thumb blotted out the planet Earth. I didn't feel like a giant. I felt very, very small."

We lose heroes from the space age and the temptation is to eulogize an era, not a person. Neil Armstrong's death does not signify the dwindling hopes of a different America. Today we have a completely new approach to space, from which we'll learn a great deal. Maybe not from humans coming home and struggling their whole lives to convey the gravitas of their experiences in words, from astronauts whose dreams at night are forever colored by dusty panoramas and pea-sized Earths. Rather, from smart machines serving as our eyes and ears. 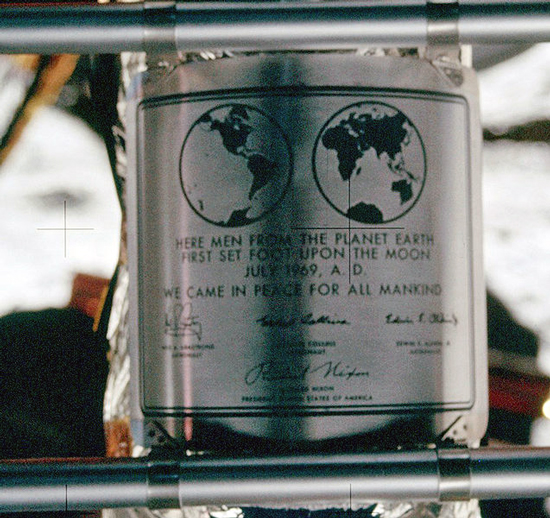 Instead of famous footprints, we now leave tread marks.

NASA's Curiosity Rover is wonderful, and has already proven a robot's capacity to ignite the global imagination, but it cannot perform the simple acts of grace that can be the lasting effects of a mission to space. Perhaps we should invent poetry engines, rovers equipped with algorithms that can turn vaporized soil samples into poignant insights.

For now, unmanned space exploration can tell us everything, but not how the dust feels under its boots, nor that giant loping strides and kangaroo jumps are the quickest way across the surface. It can't, like Buzz Aldrin, privately take communion before stepping out onto lunar surface, or quote Psalms in its final broadcast before splashdown ("What is man that Thou art mindful of him?"). It has no thumb to blot out planet Earth, no heart to feel very small, and it can't retire from the space program to live the rest of its life on a farm in Ohio, like Neil Armstrong, who was forever mindful of his position as only an incidental figurehead for an effort of thousands of people.

well said. I love your optimisim.

Claire,
Beautiful piece. Those brave men and women of NASA are certainly deserving of such poetic eulogy.

Great writing Claire, and you sound like a nice person. But Armstrong is neither to be admired or mourned. We know for a fact that he didn't go to the moon. Leastways not in 1969. There appears to have been two parallel space programs right from the start. The visible fake program. The invisible real program.

I'm only speculating about the invisible program. The visible fake space program was called "Apollo" and there is simply no speculation involved in saying that it was fakery.

Mr. Bird, for the edification of those who aren't involved in speculation about the fakery of the visible space program, can you elaborate?

Sure Claire. They couldn't make it through the Van Allen belt so they did not go. Photographic analysis shows that the pictures were taken in a studio, and competing photographic analysis showing that they are on the moon is absent. The moon-rocks they pretended to bring back (but actually sourced locally, were shown to be fakes. One was petrified wood.

No-ones getting past the Van Allen belts. Not the Chinese, not the private sector. No-one; until such time as they have near earth orbit construction or post-rocketry technology, so that the far heavier vehicles needed can be propelled through this barrier to humans.

Mentioning a hero to start it off is instantly a catch. Everyone loves a hero and wants to know more about them and what they did. I was really good how you even described what he did with the, “echo his iconic footsteps.” The really interesting part that I’m sure no one knows was about the moon landing footage being erased accidentally. That I think is why many people argue about whether or not we have been to the moon or not. You’ve really expressed how important these people were and how they affected you. I think this was one of the best blogs I’ve ever read.

who cares any way