I wish I had the memory of a dolphin! 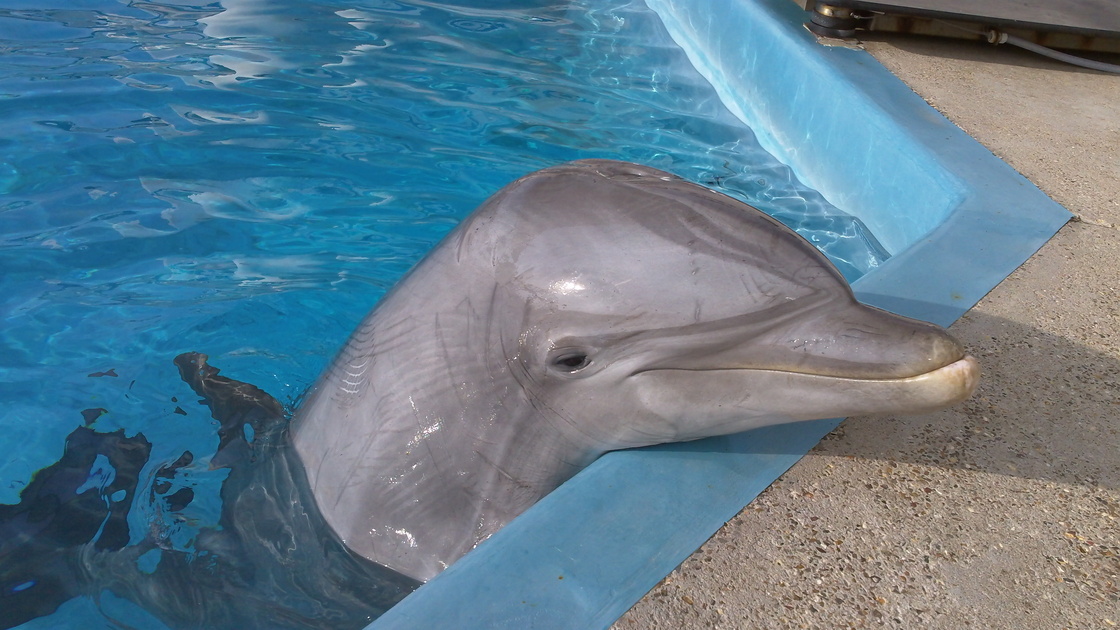 Kai, a dolphin involved in the study, was able to recognize the whistle of a fellow dolphin that Kai had not seen in years. Image by: Jason Bruck

Another reason to marvel at dolphins. As a follow up to the previous blog on dolphins calling each other by name, new research from Dr. Jason Bruck at the Institute for Mind and Biology (University of Chicago) shows that dolphins have the longest memory known in animals. In addition to Kai, shown above, a dolphin named Bailey recognized the whistle of Allie, even though they had not seen each other in more than 20 years! I am fairly certain I would not recognize the voice of someone I haven't seen in 20 years! Amazing findings!

The research was discussed on NPR yesterday. Just in case you did not get a chance to hear it, the story can be found here.

Findings of this sort make it clear that the concept of "personhood" on both a philosophical level and a legal level, needs to be extended to other animals that clearly demonstrate intelligence. At present that would include certain marine mammals (dolphins, whales), great apes (chimps, bonobos, gorillas), and arguably elephants.

These animals also provide important opportunities for exobiologists to observe types of intelligence, communication, and culture that are quite unlike our own. This has long-term value toward the time when we detect signals from civilizations in other star systems.

I've recently been reading that dolphins communicate using a form of clifford algebra. Seeing math through geometry is a great way to work on memory. Since this is how they talk, they are probably in a constant state of working out their memory.. Or maybe sounds look like a geometric picture. You can still remember a persons face after 20 years sometimes. Maybe they see the name like that.

Well, that kind of depends. As we all know, people's voices change over the years, although we don't really know if dolphins change their whistles and signals over time. If you hear the voice of your high school mate with no variation, I'm sure you'd at least have 65% chance of recognizing it!

My uncle died almost twenty years ago. I can still remember the sound of his voice, with auditory imagination of the sound and pitch as clear as if it was a strong visual memory.

I do have a good mind for sounds but guess it's also heavily dependent on (social) salience of the initial stimulus.

G. - Let's not forget parrots, who have complex social relationships (without genocide yet!), have proven their ability to understand abstract concepts, and can not just imitate but correctly use enough vocabulary in a totally alien language that the hypothesis that they normally possess no language whatsoever seems laughable.

At 65 years of age I have met people at reunions who's names I don't remember and who's faces are unrecognizable, but the sound of who's voices immediately triggers recognition.

Well, that kind of depends. As we all know, people’s voices change over the years, although we don’t really know if dolphins change their whistles and signals over time. If you hear the voice of your high school mate with no variation, I’m sure you’d at least have 65% chance of recognizing it!