At SteelyKid's softball game today, the Pip provided an ideal cute-kid photo to use as a springboard to some SCIENCE! Or at least, a graph... Anyway, here's the Little Dude showing off how tall he's gotten: 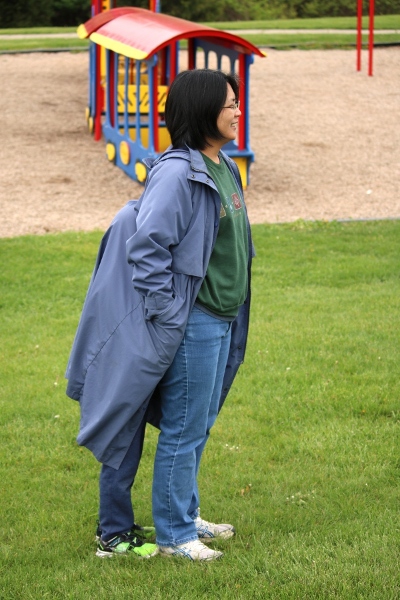 The Pip under Kate's coat.

OK, really he's hiding under Kate's raincoat (after two beautiful sunny days in a row, we're back to dreary rain today), but as a side effect of that process he's demonstrating that he's pretty tall. But exactly how tall?

We're having an addition put on the back of Chateau Steelypips, and our kitchen gutted and rebuilt, so we've been moving a lot of stuff around to get ready. During this process, it occurred to me that this might threaten the door frame where we've been marking the kids' heights at irregular intervals. So, I copied down all the values, and like any self-respecting nerd with a table of numbers, I turned them into a scatter plot: 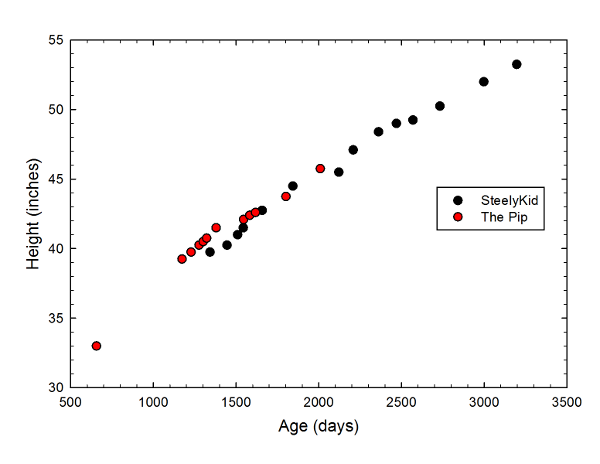 Height measurements for SteelyKid and The Pip.

There's a good deal of scatter in these, because their idea of what "stand up straight" means is... flexible. It's interesting to see that they're on basically the same trend-- he's more or less exactly the same height she was at the same age, though she usually seems taller. We tend to forget how big he is, both because SteelyKid is always around, and also because when I see him with his kindergarten class he doesn't seem that large compared to other kids. That's mostly because his birthday is in November, so he has a lot of classmates who are nearly a full year older than him, and one or two kids with birthdays in the same part of the year are a full year older, as they waited a year to start kindergarten.

I attempted to add a line to this for median height among the US population, but that didn't work very well, because getting the data synched up was a little awkward. I may give it another run later; in general, though, they're a bit above the median height. I have no idea how that happened, he said, struggling to remain deadpan.

I was a little surprised by how linear that graph looks-- a linear fit to SteelyKid's height has an R2 of 0.988. Taken literally, this would lead you to conclude that she'll pass me in height a few months shy of her 18th birthday. Of course, this fit also has her height at birth as 30 inches rather than the actual 20, so maybe we shouldn't run too far with the linear extrapolation... The Pip's graph hints at a bit of curve, mostly because of that first point when he was really little; a linear fit to his height (which is still pretty good-- R2 = 0.96) would have him passing me at 15.

Anyway, the real action of the morning was a softball game, where SteelyKid demonstrated fielding prowess beyond her usual idle twirling and announcing "I'm BORED!!!" (when she's in the outfield): 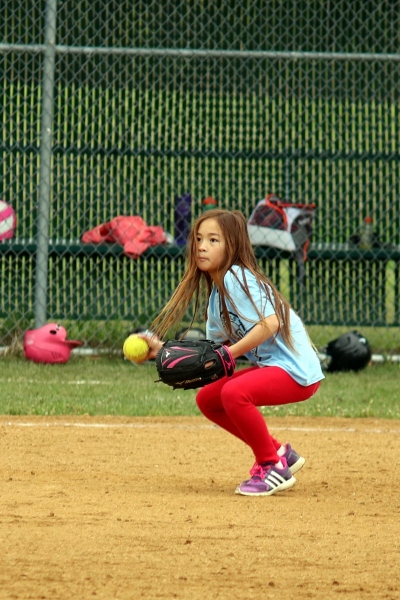 (That's her after stopping a ground ball, getting up and starting to throw to first...)

And since The Pip should get a photo where you can actually see his face, I present the author photo from his forthcoming novel: 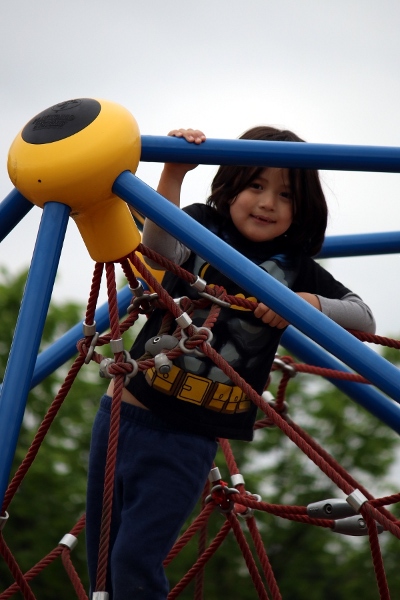 The Pip, posing for his author photo.
Tags
personal
Steelykid!
The Pip

OK they are very CUTE... I have an adopted Korean daughter (now c. 25 y.o., still cute but fighting the angst of a young-adult. Enjoy today---prepare for tomorrow. FAIR WARNING.