How Massive is the Milky Way?

Those of you who are astronomy buffs (or Colbert Report fans) may have heard the news this past January that the Milky Way is just as massive as Andromeda. Colbert even did a special on his show about "America's Galaxy." 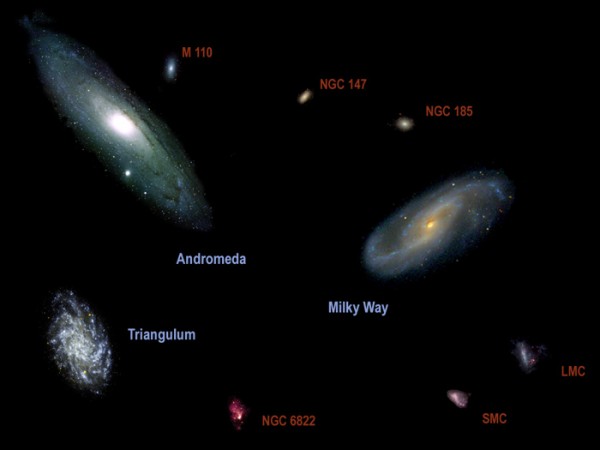 Could this be wrong? Could we really be just about the same size? Well, an article came out today by the Italian astrophysicist, Giovanni Carlo Baiesi-Pillastrini, where a brilliant, new technique was used to test this.

Just by watching the tides on Earth, we can figure out what the gravitational tidal forces on our planet are from everything around us, including from the Earth itself. The Earth dominates everything, and that's why the oceans stay bound to our planet. But then we can look at what the external effects are, and where they come from. The Moon turns out to be the strongest, the Sun's effect is about 1/3 of the Moon's, and everything else is negligible. 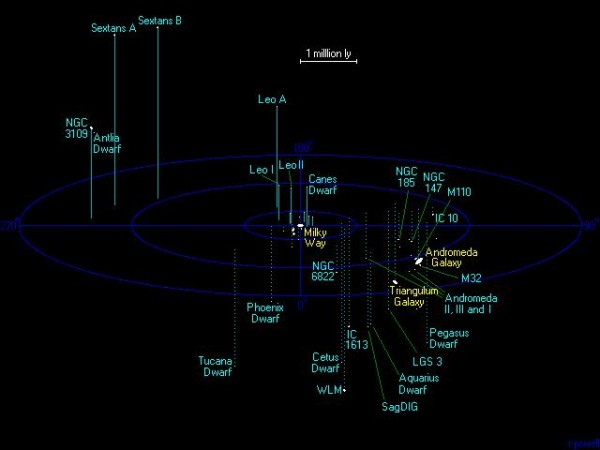 Well, by looking at the outskirts of the Milky Way galaxy, we can determine what the tidal effects of both the Milky Way and Andromeda are, and figure out what their mass ratios are.

Know what his results are? 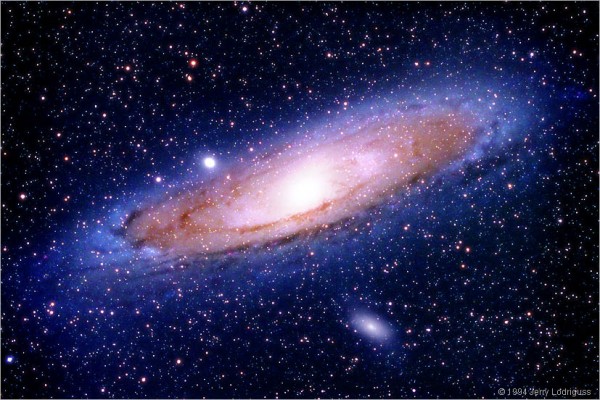 Andromeda is not only more massive than the Milky Way, it is (most likely) two or three times the mass of our galaxy. So no, we are not the same size as Andromeda, and one possible (and very interesting) explanation could be that Andromeda simply has more dark matter than we do! I am sure there will be more to learn about our own local group coming soon...

Wow! So it appears that hungry Andromeda will be having herself a milky feeding after all. An equal unison is simply not in the stars.

Yeah! Hear that, Andromeda? So, you know that in about 3.000 million years you'll come here to bully us. Well, bring it on!

Once again, a neat post. My father, who made sure he got me up every time there was a lunar eclipse, and loved looking at the sky when we camped, would love stuff like this.

I do have to say I find Colbert's line "... and realize just how truly significant I am. I mean, those stars are so small! My hand can cover, like, a thousand of them!" made me laugh out loud.

Make the Andromedans prove that their galaxy is bigger.

Until they do, I say ours is bigger.

ha. made me laugh.