The coolest trick for eclipse photography ever

Although many of the best sites for eclipse viewing -- such as Shanghai, China -- were clouded out during this early morning, an old high school friend of mine in Taiwan had a chance to view an outstanding partial solar eclipse, which is something that most of us will get to see in our lifetimes.

While a total eclipse is typically only visible in a small region on Earth (where the blue swath is, above), a partial eclipse covers a much larger area (everywhere covered in red), where the Moon partially passes in front of the Sun.

When I was 15, I got to experience an 88% partial eclipse. With the naked eye, the Sun didn't appear to look any different. (Yes, although I know I shouldn't, I look directly at the Sun sometimes.) The Sun felt different, because the Moon was blocking most of the heat coming from it. You, too, will notice that it feels substantially cooler during a partial eclipse. Shadows look very interesting, as you see little solar crescents instead of circles: 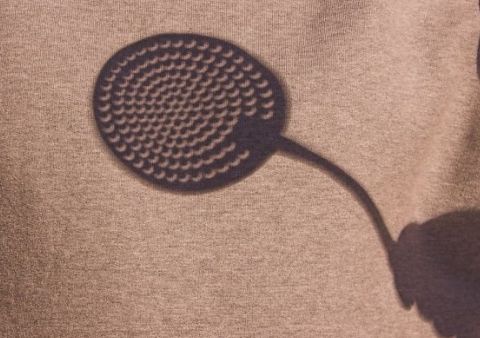 And, of course, you can always get a pair of eclipse glasses to see how much of the Sun is blocked out. 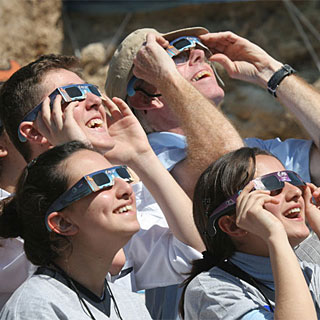 But my friend wanted to know how to photograph it. There are lots of well known tricks-of-the-trade, and this site is a much more comprehensive and knowledgeable resource than I am. But one thing you definitely need during a partial eclipse is a solar filter, otherwise you risk frying your camera. 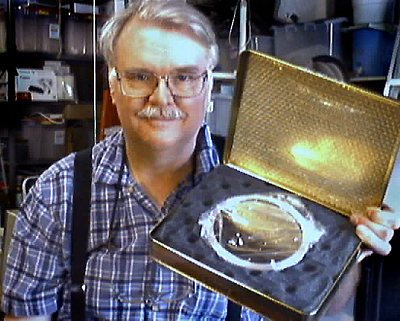 My friend didn't have one, so he decided to make one out of something he did have, a 3.5" floppy disk! You remember those? All he did was dismantle one: 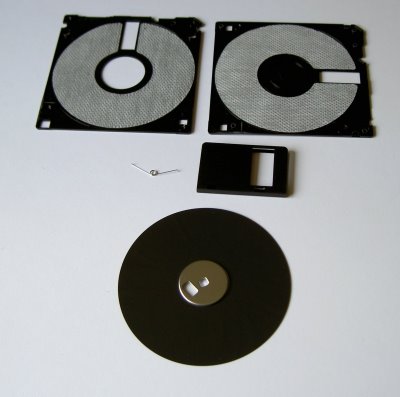 And take the magnetic film part of the disk. Then, like any good makeshift photographer, he held the film up over his camera lens, effectively filtering the light, just like you might do with any other filter:

The results? Here's a normal exposure: 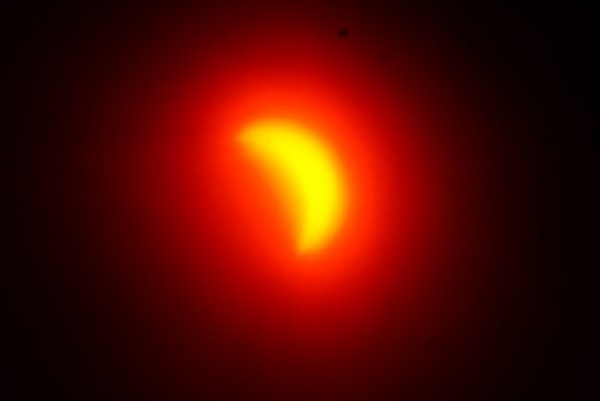 And cleaned up a little bit, it looks like this: 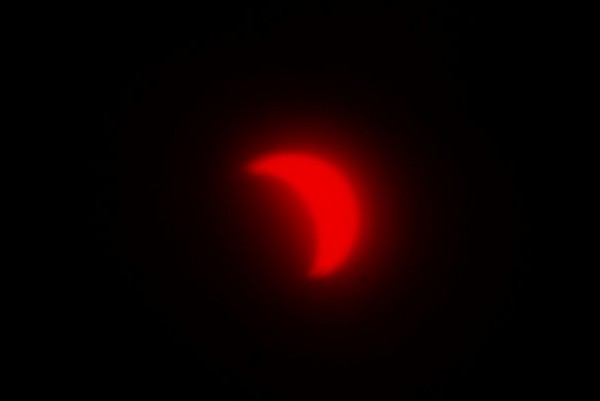 Many, many thanks to Chin-Yu Hsu for sharing this with us!

What I, apart from the sudden cold, remember during a total eclipse is that all birds went quiet.
Very eery.

Another OK means of photographing a partial eclipse is to photograph a projection of the sun.

In Shanghai, we still got to see it go absolutely dark in the middle of the day (before it started pouring with rain), which was awesome.

Do not use this to view the Sun directly with your eyes; this filter passes too much infrared to do that safely.

Mass is conserved in chemical reactions, is it not? All you're doing is re-arranging the matter