I discerned huge Orion, driving wild beasts together over the field of asphodel, the very ones that he once had killed on lonely mountains, he grasped in his hands a mace of bronze, never to be broken.

-Odysseus, in the Underworld, The Odyssey

With a reputation as the greatest hunter ever and as one of the largest, tallest men ever, it's no wonder that Orion lives on in both song,

and in our imaginations in the sky as well. 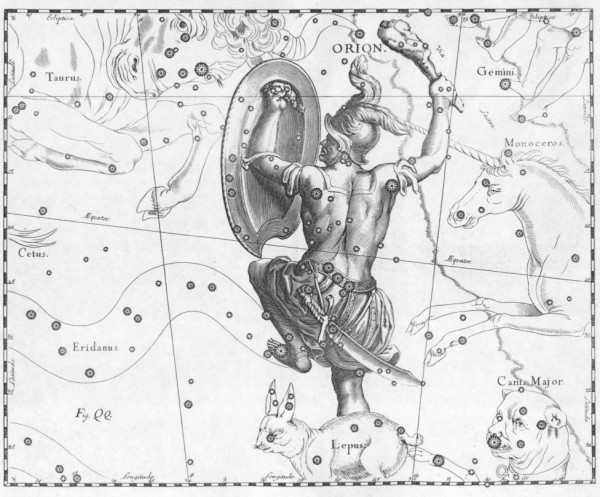 Orion is one of the most easily identifiable constellations in the sky; it was the second one I ever learned how to find, right after the Big Dipper. The three stars on Orion's belt, as well as the four (limbs) enshrouding them, seem to leap out at you once you know what to look for. 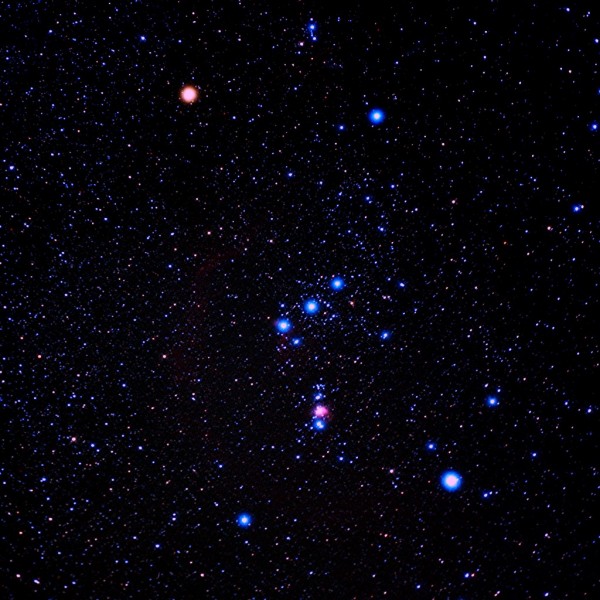 But do you see that little pink blob just below the belt? That's no star at all, that's the Orion Nebula, one of the only nebulae in the whole sky visible to the naked eye. Even through a small telescope, it's a beauty to behold. 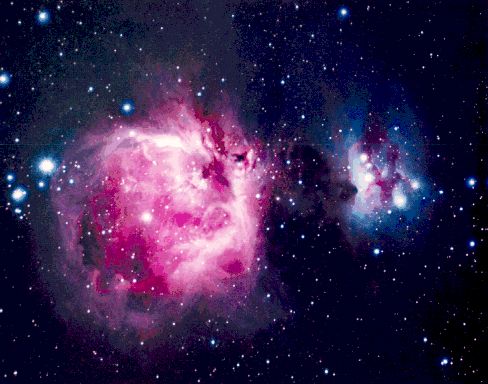 That, of course, is what you'll see with your eyes, in visible light. But nothing prepared me for this image, taken in the infrared by the Spitzer Space Telescope, and overlaid with X-ray emissions (shown in blue). 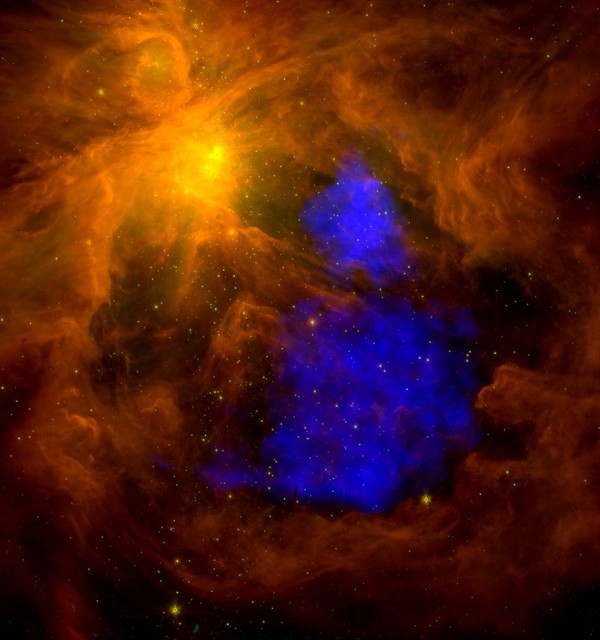 It looks like a combination of Sauron from LOTR and the Sorceress from He-Man to me. Want to see a huge version of this image? Simply gorgeous, especially when you realize that most of what illuminates this entire nebula is one giant star, forty times as massive as our Sun!

I hope you're having a wonderful holiday weekend, and are enjoying all the sights and sounds that this time of the year has to offer!

Great photos, and neat info. Orion is the ONLY constellation I can reliably pick out in the sky by eye; next time I'm someplace dark I'll make sure to try to make out the pink nebula.

Isn't the song the cover of the Metallica song, "Orion"?

I personally like Orion whenever I see it brings me happyness that I can never explain.

I'd like to derive work from your image of the orion constellation (the second image in this blog post). Is that OK for you or can you point me at the copyright owner if it is not you?