“While friendship itself has an air of eternity about it, seeming to transcend all natural limits, there is hardly any emotion so utterly at the mercy of time.” -Robert Hugh Benson

If you were headed out into the Universe -- spaceship and sci-fi technology and all -- it simply wouldn't make sense to keep on counting time in Earth-days and Earth-years, would it? When you're no longer bound to our planet, and particularly if you're gone long enough, as our planet changes its orbit, it sure seems silly, doesn't it?

But you still might like to know how much time has passed, wouldn't you? You'd like to have some way of tracking the passage of time in the Universe. Is there some sort of standard that's more universal than an orbit of a rock around a star? In this week's Ask Ethan, we take on perhaps the longest question of them all, and look at how to keep time for arbitrarily long times. 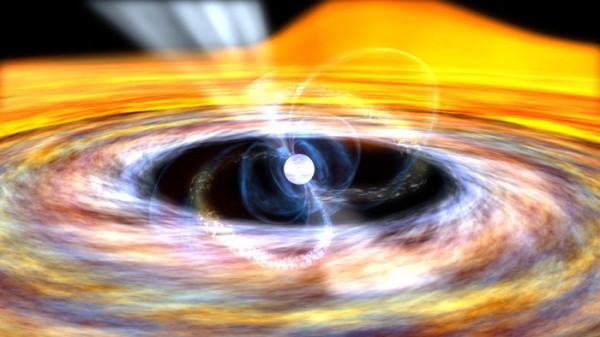 Go and read the whole thing.

I would think if they brought an atomic clock on board with them the time would still be earth based but what we're used to doing.

I'm a bit disappointed, Ethan. You couldn't even throw in a couple of links to the Long Now Foundation (http://en.wikipedia.org/wiki/Long_Now_Foundation) and their eponymous Clock (http://en.wikipedia.org/wiki/Clock_of_the_Long_Now)? After all, how can we be sure our technology will last long enough to keep using (non-binary!) pulsars, or count atoms?

Actually with the current definition of the second as "the duration of 9192631770 periods of the radiation corresponding to the transition between the two hyperfine levels of the ground state of the caesium 133 atom." Time is very portable, and does not refer to the earth at all. As comment number 1 points out, if you carried such a clock with you you could know how much time has passed.
Note that the earth is a poor time keeper, at the micro level, we have leap seconds every so often to make up for irregularities in the earths rotation.
The larger question is if one travels off earth why keep the object with a duration of 86400 since that is directly tied to the earth, why not then go whole hog with a purely metric time system and talk about kilo seconds, mega seconds, and giga seconds. For example one might move to dividing time into 10 kilo second periods.

Lyle- the definition of the second applies on the geoid, meaning the surface of the earth. Gravitational time dilation would affect this in space (clocks would tick faster), though it would be a fairly simple adjustment to make.