"Gamow was fantastic in his ideas. He was right, he was wrong. More often wrong than right. Always interesting; … and when his idea was not wrong it was not only right, it was new." -Edward Teller

There are few scientific idea more revered or more important than the Big Bang. For the vast majority of human history, we had nothing but wonder, stories, ideas and myths about where our Universe came from and how it got to be the way it is today. Thanks to the Big Bang -- and in particular, to the tremendous scientific achievements of the 20th century -- we now have bonafide scientific answers. 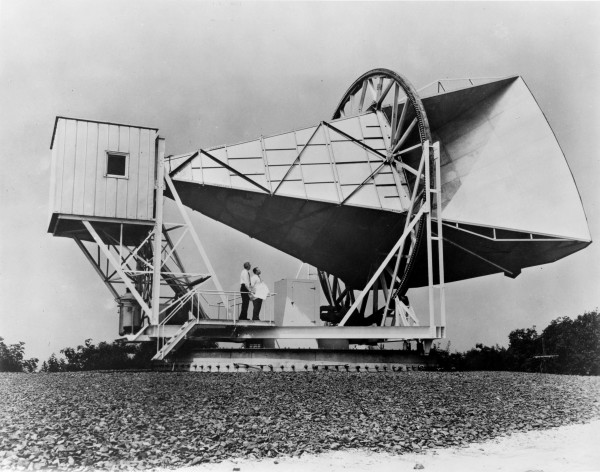 But the Big Bang isn't necessarily what most people think it is, and there are quite a few surprises encoded in our best understanding of the Universe as it is today. Here are the top 10 facts about the Big Bang, some of which even you, my longtime readers, may not be aware of! 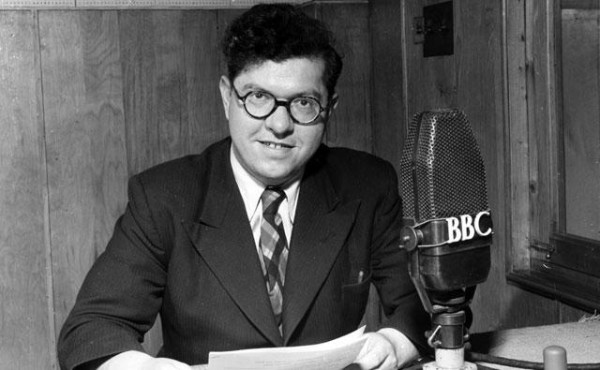 Fred Hoyle presenting a radio series, The Nature of the Universe, in 1950. Image credit: BBC.

Go check out the full story over on Forbes.

“1.) Einstein first dismissed it outright when it was presented to him as a possibility.”

Meaning he later did *not* dismiss it?
Maybe Albert wasn’t as smart as I thought.

“2.) Hubble’s discovery of the expanding Universe turned it into a serious idea.”

Ethan, why do you refer to Inflation as a “serious idea”, rather than a fact?
I mean, your article is supposed to be about Big Bang *facts*.

“7.) The confirmation of the Big Bang gives us an explicit history for the formation of stars, galaxies, and rocky planets in the Universe. If the Universe started off hot, dense, expanding and *uniform*, then not only would we cool and form atomic nuclei and neutral atoms, but it would take time for *gravitation* to pull objects together into gravitationally collapsed structures.”

Where would the gravitation come from, and what would gravity pull towards, if all the matter and energy was *uniform*?

“8.) The fluctuations in the cosmic microwave background tell us how close-to-perfectly uniform the Universe was at the start of the Big Bang.”

Remember how I said if I had supposedly-homogenized milk that looked like that graph, I’d throw that milk out?

You folks may talk about ‘homogeneous *at the largest (but usually undefined) scales*’ all you want.
And it’s B.S.

Speaking of “dolly back”, here’s a good use of it…
https://www.youtube.com/watch?v=iWYchJI0Cv8

It's quite pathetic that you just keep repeating this idiocy after having had the contrast enhancement explained to you. Unprocessed, it's a perfectly gray map.

I wonder how much "research" in which a fundamental result was supported by discussions about gazing into a glass of milk has been published in scientific journals.

I can completely believe some moron has done it in a creationist publication.

I would say that sn's continued milk argument is his worst, but there is the soft tissue in dinosaur argument (both based on lies) as a contender. But, after seeing his comments about vaccinations and his "so what if children don't get vaccinated, then get sick and die, something something abortion" comments at RI (and his "no priest has ever sexually abused a child but many priests were tricked into homosexual acts by perverted kids" arguments) it's become apparent that there is no lower bound for the sheer stupidity or vileness he can generate.

But, after seeing his comments about vaccinations and his “so what if children don’t get vaccinated, then get sick and die, something something abortion” comments at RI (and his “no priest has ever sexually abused a child but many priests were tricked into homosexual acts by perverted kids” arguments) it’s become apparent that there is no lower bound for the sheer stupidity or vileness he can generate.

You'd think maybe he'd try out his shtick over at Luboš's and see how it plays at a nice conservative physics blog.

"shtick over at Luboš’s and see how it plays at a nice conservative physics blog."

What he peddles is not conservative

"What he peddles is not conservative"

You funny, Mikey the SLACker!

But what’s with this religious stuff? The “Deceiver”, subverting “Christian teaching and knowledge”?

Are you an expert on these religious topics also?

Your 'physics' is no better than your magic (deity) worship; no evidence, just handwaving.

"Are you an expert on these religious topics also?"

He may be a relative expert if he is an atheist,. In Pew statistics the average atheist knows more about a specific religion than the average worshiper of said religion.

Why do you think those who became atheists did it in the first place? That is correct, they studied religion and knew it for the deceiving crap what it is. [See for example how the christianist myth text assemblage starts out with twp 'creation' myths, which are mutually inconsistent. The text assemblage tells the reader "I am lying" straight up. And that is the first two short chapters...]

I just noticed this one on a second reading:

“2.) Hubble’s discovery of the expanding Universe turned it into a serious idea.”

Ethan, why do you refer to Inflation as a “serious idea”, rather than a fact?

Note that S.N. can't even tell the difference between ongoing expansion and inflation. If one wants to talk about the latter, this comment from Syksy Räsänen at Not Even Wrong is quite illuminating:

"The major success of inflation is not explaining the spatial homogeneity, isotropy and flatness of the background (although the last was not obvious at the time inflation was proposed), but accounting in detail for the perturbations in terms of quantum fluctuations, first discussed by Mukhanov and Chibisov.

"The perturbation calculation is non-trivial, and it correctly predicted that the primordial perturbations are a) close to scale-invariant, b) dominantly scalar, c) adiabatic, d) statistically homogeneous and isotropic and e) Gaussian. These are real predictions, made before the observations were in. No other proposal has been able to account for them as well as inflation, even after the fact."