“We can only see a short distance ahead, but we can see plenty there that needs to be done.” -Alan Turing

The Cosmic Microwave Background data gave us an unprecedented picture of our Universe in terms of accuracy, with the latest Planck results showing us our Universe is 68% dark energy, 13.8 billion years old and is expanding at a rate of 67 km/s/Mpc. Too bad, then, that the Cosmic Microwave Background isn't the only way to measure the expansion rate, and that direct measurements -- using the cosmic distance ladder -- disagree with that significantly. 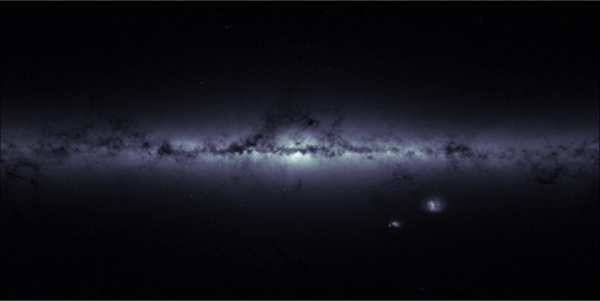 The European Space Agency's GAIA satellite has been observing one billion stars in the Milky Way for nearly two years, and is poised to find out whether we've got the distance ladder wrong, and its measurement of an expansion rate of 74 km/s/Mpc is flawed, or whether there's a real tension there, and a real problem for modern cosmology. 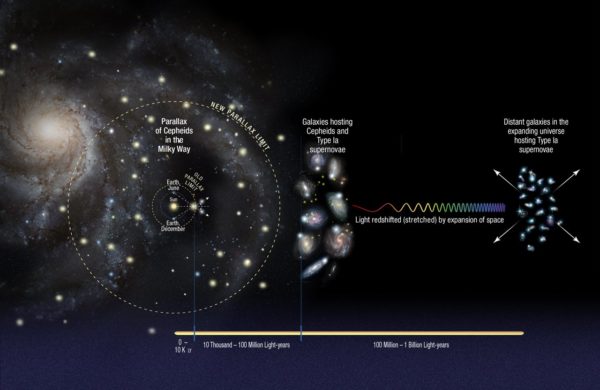 The construction of the cosmic distance ladder involves going from our Solar System to the stars to nearby galaxies to distant ones. Each “step” carries along its own uncertainties. Image credit: NASA,ESA, A. Feild (STScI), and A. Riess (STScI/JHU).

Here's the story on why GAIA matters, and what we should be looking for when its first results come out!

But what I am really interested in is the treasure trove of planet discoveries. Since planets distant from their star will be favoured, it will fill in a gap in the planet detections.