"We conducted the first fully blind, three-dimensional search for cool gas in the early universe. Through this, we discovered a population of galaxies that is not clearly evident in any other deep surveys of the sky." -Chris Carilli

The Hubble Ultra Deep Field and its successor images represent humanity’s deepest views of the stars in our Universe. But there’s more to the Universe than just stars; even the normal matter in the Universe is more commonly present in the forms of gas and plasma than in stars. Hubble can never image those so far away, since their wavelengths are too long. But the Atacama Large Millimetre/submillimetre Array (ALMA) can see exactly that. 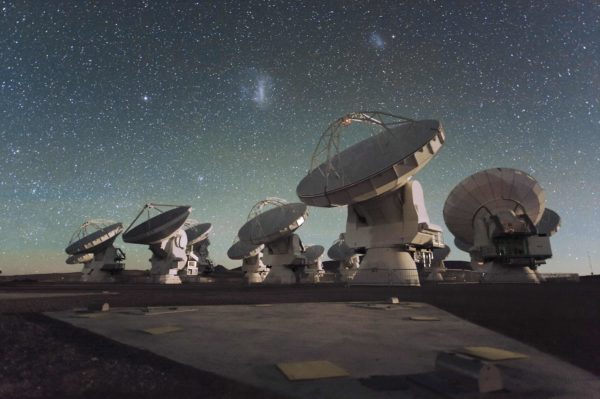 By tuning ALMA so that it was very sensitive to a particular emission feature at high redshift -- a carbon monoxide (CO) emission line -- astronomers were able to construct a radio deep field image at the same location where the Hubble Ultra Deep Field was. What they revealed was a composite image of the stars and gas, shown together for the first time, finding that the Universe’s neutral gas is in great abundance only at the highest of redshifts. 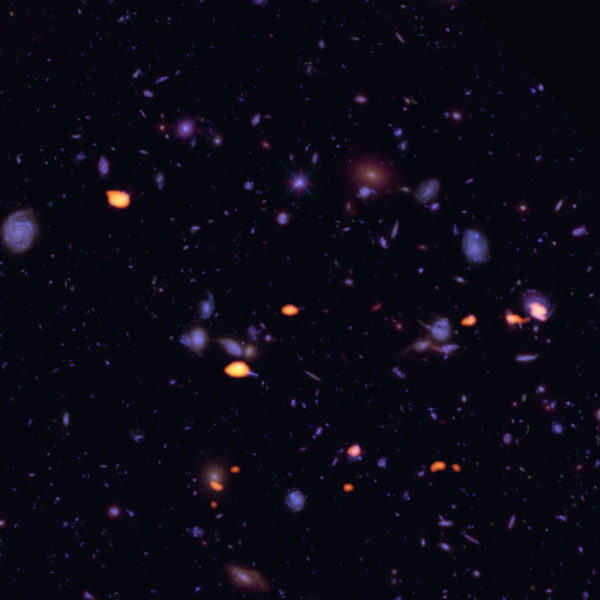 Find out what this teaches us about the distant Universe over on today’s Mostly Mute Monday!

I find it so mind-boggling when I see such photo's. To realize there is more depth to the universe than we can imagine at one sitting; to comprehend the distances portrayed, then to realize there is so much life out there we shall never meet with.