Are we looking for aliens in all the wrong ways? (Synopsis)

"I know perfectly well that at this moment the whole universe is listening to us, and that every word we say echoes to the remotest star." -Jean Giraudoux

Since the 1930s, humans have been broadcasting radio signals powerful enough to be picked up by a sufficiently advanced alien civilization, even one located many light years away. In 1960, we began monitoring the skies for a similar incoming message, armed with the knowledge that if a civilization were transmitting the same type of signals our radio and TV broadcasts consisted of, we’d be able to unambiguously detect them. 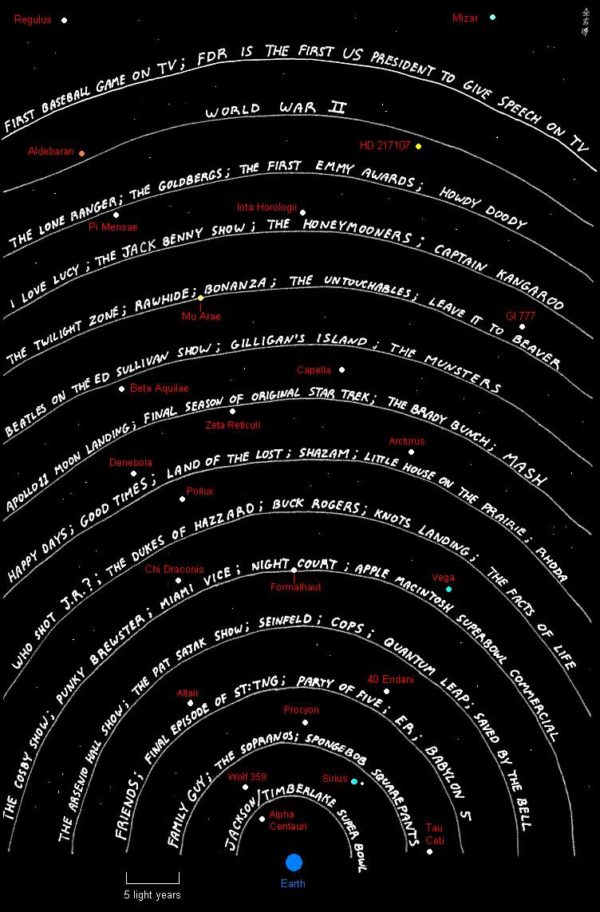 The reach of our radio signals as of 2011. Image credit: Abstruse Goose.

But over the past half century, our technology has changed rapidly, and our radio and TV broadcasts no longer send out as many signals with as much power into space. As the 21st century progresses, the very signals we’ve been looking for are beginning to vanish from our own world. It’s quite probably that if we’re looking for an alien civilization, particularly one more technologically advanced than our own, we’re looking in completely the wrong way. 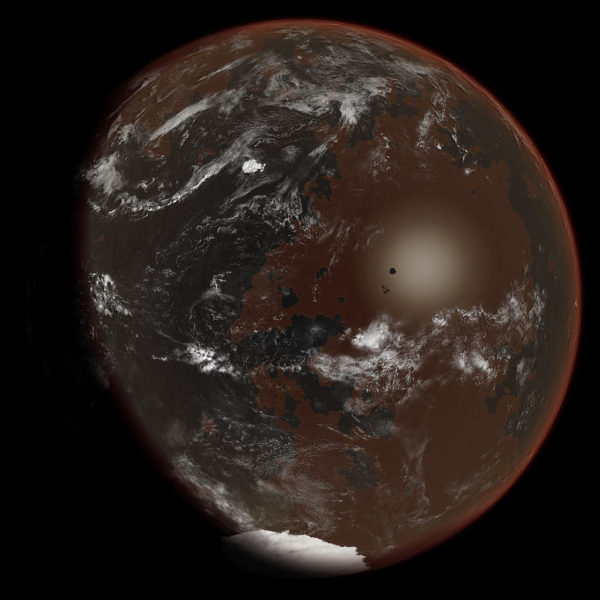 An artist's impression of an ammonia world with an advanced stage of life on it. Yet we must be careful to rule out any natural signals that could mimic what we observe before we conclude, "it's aliens." Image credit: Wikimedia Commons user Ittiz, under a c.c.a.-s.a.-3.0 license.

So what’s the right way to look for aliens? Here are three new possibilities you might not have considered before!

THANKS FOR SHARING WITH US.KEEP POSTING.
DO POST ON

What if they already know us and are here' But know how as would seem logical to appear as Human.Ha ha now what would you say they have prevented us from earlier destruction by fission mass chain reaction?

Neutrinos are notoriously hard to detect, unless they are very high energy. Also isn't the energy spectrum of many neutrinos from a particular reaction pretty broad? Then add in a lot of background noise, mostly from stars. I think doing neutrino astronomy for anything that isn't very nearby like the sun, or extremely energetic, like a core collapse SN is likely to prove beyond difficult.

@3: looking at Ethan's last Forbes chart, it appears there is one important, constant neutrino source in the same energy regime; solar neutrinos, which (at those energies) have flux about an order of magnitude higher than Ethan's desired signal. It appears that supernovae also send out neutrinos at the same energy range, but are only a problem soon after they go off ("Supernova burst 1987A"); the background from old supernovae appears to be 2-3 orders of magnitude smaller than Ethan's predicted signal.

How hard is detecting a neutrino signal when there's a noise source 10x higher? How much money/time would need to be spent in tech development to get there? I don't know.

well, yes and no. Ethan's chart IS a log chart, so those tiny curves would actually be very broad if plotted linearly. But that also means that the small areas where nothing overlaps with the fusion signal may actually offer a relatively easy energy range in which we can see the signal Ethan wants to see with little or no background.

Sorry, the last two paragraphs were cut and past errors while I was editing.

Telepathically, we are an incredibly noisy race. There may be enough confusion of thought to keep outsiders away.

"... on the planet Earth, man had always assumed that he was more intelligent than dolphins because he had achieved so much—the wheel, New York, wars and so on—whilst all the dolphins had ever done was muck about in the water having a good time. But conversely, the dolphins had always believed that they were far more intelligent than man—for precisely the same reasons.”
HGTTG :)

I'm afraid I'm going to have to raise what seems to me to be a huge problem with searching the electromagnetic spectrum for signs of alien life, and which wasn't addressed.
Signal attenuation.
Even a very focused electromagnetic beam expands. I read somewhere that a laser shot at the moon from earth is seven miles wide by the time it arrives, and that is something that is under two seconds away at the speed of light. Our nearest neighbours (the Alpha Centauri stars) are over four light years away.
Suppose (for argument's sake) that there was an advanced civilization on a planet orbiting one of the stars. Suppose that this civilization detected Earth, and decided to send a signal after first working out its track. Even if they correctly aimed the signal, and even if our antennas were turned in the right direction at the right time, by the time it arrived it would be so weak that we would need to be extremely lucky to pick it up.

Among the signals an alien civilisation might have got from us is the 'Goebbelsschnauze', German hate speech distributed via German public radio during the Third Reich.
I guess the aliens would then start a missile to vaporize us.