Greens on the Run in Debate Over Genetically Modified Food - Bloomberg

pronald | January 7, 2013
Greens on the Run in Debate Over Genetically Modified Food - Bloomberg.

So just how evil are GMOs anyway? A noted opponent apologizes - latimes.com

The Heart of Innovation: Staff Meetings in Less than 10 Minutes

pronald | December 15, 2012
The Heart of Innovation: Staff Meetings in Less than 10 Minutes.

pronald | December 7, 2012
A Presidential committee today released a report calling on the Federal Government to launch a coordinated effort to boost American agricultural science by increasing public investments. The report was initiated at the request of Catherine Woteki, the Undersecretary for Research, Education, and Economics, and Roger Beachy, former Director of the National Institute for Food and Agriculture. The report has several interesting observations and important recommendations that, if implemented, would enhance the competitiveness and sustainability of US and global agriculture. Their recommendations…

pronald | November 18, 2012
Tomorrows Table: What does GMO really mean?   For years, journalists, television producers and newspaper reporters that write about genetically engineered crops, have used the term “GMO” (genetically modified organism) to describe these new crop varieties. The marketing industry has taken to writing “GMO-free” on their products, as a way to increase sales to consumers fearful of the genetic engineering process.The problem is that the term GMO is misused and misunderstood.Take, for example, a recent story on Voice of America about a newly developed rice variety that is tolerant of flooding.…

pronald | November 15, 2012
The Tech Awards, presented by Applied Materials, honors individuals, non-profit organizations and for-profit companies who are using technology to significantly improve human conditions in 6 awards categories. The technology used can be either a new invention or an innovative use of an existing technology. NBC will be livestreaming the awards ceremony tonight from the Santa Clara Convention center. http://www.nbcbayarea.com/on-air/as-seen-on/The-Tech-Awards-2012-177952… This year's categories are: Environment, Education, Young Innovator, Health, Economic Development, and Sustainable Energy.…

Tomorrow's Table selected as one of the top 25 powerful and influential books of 2012 that educate, inspire, and drive change

pronald | October 26, 2012
New Earth Archive – The New Earth Archive Booklist. Raoul and I are honored that Tomorrow's Table was selected as one the top 25 powerful and influential books of 2012 that educate, inspire, and drive change Each year they identify 100 powerful and influential books on topics like climate change, biology, sociology, economics, politics, psychology, philosophy, and many, many other areas. With the help of their readers, they then identify the 25 that have the power to inspire college readers to change the world. The 6 Criteria below are what was used in selecting the top books for each year’s…

pronald | October 26, 2012
More productive, sustainable and environmentally friendly agriculture will require ideas and practices from many different agricultural traditions. The polarised debate over GM - exemplified by measures like California's Proposition 37, which would require GM food to be labelled as such - does little to advance that cause.    Future farms need to use every trick in the book - opinion - 11 October 2012 - New Scientist.

pronald | October 18, 2012
"The tactics of the Dr. Oz show fall short of even the lowest standards of media and medical ethics." via Letter to Dr. Oz Show Producers by Bruce Chassy, PhD | Academics Review.

pronald | October 14, 2012
The use of poor information to promote an initiative aimed at creating an informed consumer is a defining flaw of the Proposition 37 campaign. via Hiltzik: Junk science and Proposition 37 - latimes.com. 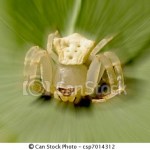 Rachel Carson's dream of a science-based agriculture may come as a surprise to those who believe that sustainability and technology are incompatible.

pronald | September 24, 2012
The ‘Frankenfoods’ debate is coming to your dinner table. Just last month, a mini-war developed in Europe, when the European Union’s chief scientist, renowned biologist Anne Glover, said that foods made through genetic engineering, such as soy beans—about 80 percent of US grown soybeans have been genetically engineered —are as safe as organic or conventional foods. It’s a wholly uncontroversial comment—at least among scientists. But it set off the usual scare mongering from Friends of the Earth, and other like-minded advocacy groups that finds all genetically engineered (GE) foods and crops…
Advertisment